Inequality Keeps Getting Worse, and God is Watching

A Few Comments on Inequality and Its Consequences
by Pastor Paul J. Bern
For a website view, click here :-) 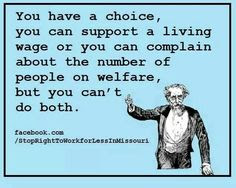 If you want to solve a problem, start from the top down. We have been stuck in what are now antiquated concepts of representative democracy for 230 years. These days, we can go to Washington, DC via computer – the need to send other parties has become obsolete. Same goes for shareholder ownership of businesses as opposed to worker-owned or co-operative enterprises. Many people seem to believe that progress is getting other people to do more things for them, when quite the reverse is true. And I think that we’ve reached the point now where we’re stuck with a whole lot of unworkable concepts, so that when Michael Moore speaks about the number of people who make all this money and other people who don’t, it sounds as if we’re struggling for equality with them. Who wants to be equal to these guys? I think we have to be thinking much more profoundly, such as being on a higher plane of existence.

And I think that, talking about recovery, talking about democracy, we too easily get sucked into old notions of what we want. So we’re expecting protest. I don’t mind protests, and I encourage them at times. But what happened in 2001 in Porto Alegre, Brazil, or in Fergusom, Mo. In 2012 – when people gathered to say another world is necessary, another world is possible, and another world is happening, I think that that’s what’s happening. I was there in October 2011 for the commencement of “Occupy DC” in Freedom Plaza in Washington, DC, and I felt honored and humbled to have been privileged to be a part of that historical event. It inspired me to write my second self-published book, “Occupy America: We Shall Overcome” that winter and spring. It is imperative that we take matters into our own hands. Don't trust your government, they have already been lying to all of us for decades. Take the initiative! Take a look over your shoulder and you will notice that there is no one standing behind you to do anything or to take care of any business for you. It's all on you, and it's all on all of us.

People are beginning to say the only way to survive the early 21st century is to batten down the hatches. So they are building underground bunkers and stocking them with non-perishable foods, water, firearms and ammunition. In so doing they have voluntarily devolved as human beings. Don't forget what Christ said about that, “He who lives by the sword will die by the sword”. Otherwise all our time will be wasted by a mad scramble of those who compete with others instead of co-operating with them. All our efforts must instead be devoted to taking care of one another by recreating our relationships to one another. Let me point out a few examples.

In the first place, the US is still the only developed country in the world that has no comprehensive national health insurance (forget Obama-care, it's actually a new tax in disguise) and no family leave for workers. That's right, nobody but us. The very people who call these two basic human rights “socialism” are the ones who are profiting off the existing system the most. Thomas Jefferson once said, “The first and foremost duty of any government is to see to the needs of its people.” I think that sums it up perfectly.

The second example are wages, which are downright pathetic. Having been an IT professional for over 20 years, I clearly remember how wages began falling around 2000-2001 around the time of the dot-com crash. By the time I had left the business in 2012, the bottom had fallen out as far as wages were concerned. Jobs that paid $20-25.00 an hour were going for $12.00, and older workers like myself found ourselves shut out of the tech job market for good. Today as I write this, the minimum wage remains at a paltry $7.25 cents per hour here in Atlanta where I live. And what are these pitifully poor people supposed to do with $7.25 an hour? Buy lollipops? The minimum wage works out to a take-home pay of about $845.00 per month after taxes and Social Security, not counting state taxes. Go try to live on that for a month or even a week!

Many thousands of American families are being forced into into the streets due to circumstances beyond their control. In short, we are exactly where the government wants us: powerless! Take away every available resource we have and we're helpless. The solution is a realistic minimum wage that will also serve to jump-start America's economy again. Based on the cost of living for a family of four, which would include housing, utilities, internet access, transportation, clothing and medical care, that would work out to about $14.00 an hour for bare essentials. This should be something people are out protesting in the streets about. We want a living wage, now!!

As you can see, our problems can be fixed without having to re-invent the wheel. You don't have to be an economic genius – if indeed there is really such a thing – to figure out some basic, common sense solutions to get America's middle class back to work. Otherwise I fear that too many more formerly middle class Americans like so many of us will fall into the cracks in the sidewalk and disappear.

Posted by The Progressive Christian Blog at 11:07:00 AM