The Preservation of Peace in Syria Is of Prime Importance

The Disastrous Consequences of
a U.S. Military Attack on Syria
by Pastor Paul J. Bern
For a website view, click here :-) 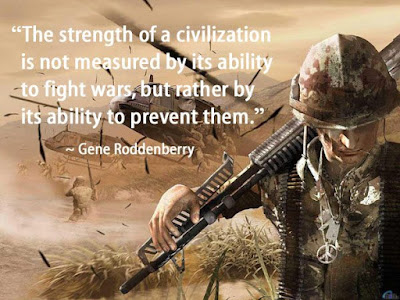 Lately I have been seeing or hearing the Trump administration telling the world that the use of chemical weapons in Syria by the Assad government must be answered by other worse weapons, even though the results of satellite surveillance has not proven this allegation – just as the Bush administration refused to wait for the 2013 UN report by the inspectors who had been looking for WMD in Iraq. Secretary of State John Kerry claimed back in 2013 that the UN inspectors “can’t tell us anything that we don’t already know.” President Trump has said that any U.S. attack on the Assad government will be as punishment, not regime change. The strike will be “limited” — but tell that to the civilians who will inevitably die when military attacks take place. President Bush and his advisers either didn’t know or didn’t care about the probable consequences of their decision to invade and occupy Iraq in March of 2003:

President Trump has not spelled out the possible consequences of a military attack on Syria, but U.S. military leaders are warning about the risks. In a letter to the Senate Armed Services committee, the chairman of the Joint Chiefs of Staff General Martin Dempsey wrote last month said, “As we weigh our options, we should be able to conclude with some confidence that use of force will move us toward the intended outcome. Once we take action, we should be prepared for what comes next. Deeper involvement is hard to avoid.”

General James Mattis, who is the retired head of the U.S. Central Command and Trump's Secretary of State, said last month at a security conference that the United States has “no moral obligation to do the impossible” in Syria. “If Americans take ownership of this, this is going to be a full-throated, very, very serious war.” As U.S. warships gather off the shores of Lebanon to launch Tomahawk Cruise missiles at targets in Syria, we can make some educated guesses of what the “unintended consequences” could be:

The U.S. and French military were in Lebanon as a part of a Multi-National force after the PLO left Lebanon following the 1982 Israeli invasion of Lebanon, ostensibly to create a 40 km buffer zone between the PLO and Syrian forces in Lebanon and Israel. The Israeli invasion was tacitly approved by the U.S., and the U.S. provided overt military support to Israel in the form of arms and material.
Colonel Timothy J. Geraghty, the commander of the U.S. 24th Marine Amphibious Unit (MAU) deployed as peacekeepers in Beirut, said that the American and the French headquarters were targeted primarily because of "who we were and what we represented…” American support removed any lingering doubts of our neutrality, and I stated to my staff at the time that we were going to pay in blood for this decision.”

Some of the circumstances around the incidents in Lebanon in 1983 and now 35 years later in Syria are familiar. U.S. intelligence agencies were aware of potential trouble but did not report the problems in sufficient time for actions to be taken. Former President Obama said at the time that the U.S. had intercepted signals indicating the Syrian government was moving equipment into place for an attack, but the U.S. did not warn the Syrian government that the U.S. knew what was happening and did not bother warning civilians that a chemical attack was imminent.

On August 31, 2013, 13 former officials of the U.S. government, including Pentagon Papers whistle-blower Dan Ellsberg, retired CIA analyst Ray McGovern, retired US Army Colonel Larry Wilkerson and former Chief of Staff for Secretary of State Colin Powell, wrote an open letter to General Martin Dempsey, then-Chairman of the Joint Chiefs, asking him to resign rather than follow an illegal order to attack Syria. “We refer to your acknowledgment.... that a decision to use force is not one that any of us takes lightly. It is no less than an act of war.... It appears that the President may order such an act of war without proper Congressional authorization. Seasoned veteran intelligence and military professionals solemnly sworn to support and defend the Constitution of the United States have long been aware that it is one’s duty to never obey an illegal order. If such were given, the honorable thing would be to resign, rather than be complicit.”

Those words were written five years ago, and the situation in Syria continues to escalate. As I write this, the Syrian government under Bashar Al-Assad has largely prevailed against the various parties of militants, some of whom are backed by the US. and still others by Iran. Syria and Iran are allied with Russia, with the ever-present potential for a clash between Russian and American military forces. A disquieting thought, to say the least. But it was Jesus himself who said, “Blessed are the peacemakers, for they will be called the 'sons of God'.” The flip side of that coin is that those who wage war are cursed. Meaning, if America doesn't cease and desist from her warlike ways, a military disaster will surely befall her. America's violence, killing and destruction overseas will come home to roost. Just let that sink in for a minute, and I'll see you all next week.

Posted by The Progressive Christian Blog at 11:54:00 AM