The Epidemic of Sexual Immorality and Assault:
the Symptoms of a Sick Society
by Pastor Paul J. Bern
For a website view, click here :-) 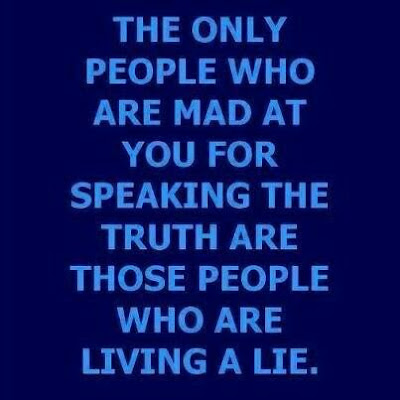 This past week I have found myself being bombarded by the media with stories of women being sexually assaulted by men, and many of these men have been prominent individuals. The hearings in Washington, DC for judge Brent Kavenaugh's nomination to the Supreme Court is only the tip of this sordid and distasteful iceberg. Whether you believe the lady professor making the charges or not, there are plenty of other allegations against a lot of other people that have already been made. It's looking to me like women everywhere have gotten to the point where they are simply done and over with being victimized by men again and again. Moreover, let's be honest and truthful about sexual assault – this is nothing new or recent at all. Men forcing themselves on women (and visa versa), or intimidating them into compliance to their demands for sex, has been going on for as far back as we can remember, and likely further back than that.

What does the Bible have to say about sexually immoral people? Not only does the Bible have much to say about this topic, I will also give some modern-day examples to tie all this together. The first quote that seems most relevant to me comes from 1st Corinthians chapter 6, verse 18: “Flee from sexual immorality. All other sins a person commits are outside the body, but whoever sins sexually, sins against their own body.” Not to mention that it can also get you into legal trouble, and legal problems have this annoying habit of being very, very expensive. Just ask Bill Cosby, Harvey Weinstien, or former New York congressman Anthony Wiener, to name just three out of many more.

Further along in that same book of the Bible, it says in chapter 10 verse 8, “We should not commit sexual immorality, as some of them did — and in one day twenty-three thousand of them died.” This is a reference to a time when a portion of the recently-freed Israelite's, who had been slaves in Egypt for 400 years, were slain for having a grossly immoral pagan sexual ritual festival while still wandering in the desert. In one day God struck down 23,000 of them in a single day (see Exodus chapter 32 for the full context of that story). Now you know how strongly God feels about sexual sin. Hopefully it will make you think twice before doing that again. But hold that thought, because I'll have still more reasons that I will reveal after I give you all another Bible quote or two.

The apostle Paul wrote in his letter to the 1st century Ephesian church, “3) But among you there must not be even a hint of sexual immorality, or of any kind of impurity, or of greed, because these are improper for God’s holy people. 4) Nor should there be obscenity, foolish talk or coarse joking, which are out of place, but rather thanksgiving. 5) For of this you can be sure: No immoral, impure or greedy person — such a person is an idolater — has any inheritance in the kingdom of Christ and of God. 6) Let no one deceive you with empty words, for because of such things God’s wrath comes on those who are disobedient. 7) Therefore do not be partners with them.” (Ephesians 5, verses 3-7) Based on these words, I would say the majority of men and women who are currently elected to office, as well as those who are appointed such as judges and cabinet members, would have to resign, up to and including President Trump.

But now, allow me to present some more recent statistics, this time from none other than the Centers for Disease Control, which is only 10 miles or so from where I live. When it comes to the personal ads and online dating sites that are pervasive on the Web and in social media, 4 out of every 10 people with personal ads on dating sites or social media has a sexually transmittable disease. That's frighteningly close to half, which is why I stay off the dating sites! I'm in my 60's and single myself, having tried marriage twice before with awful results that I do not care to repeat. But here's where these stats get a bit crazy. Out of the group of 40% on the dating sites and hook-up apps who have STD's, fully 80% – eight out of ten – don't bother to tell their new partners. To make matters worse, they are having unprotected sex, like playing Russian roulette with your body! If this looks to you like some evil people are willfully spreading STD's, you are absolutely right. So, sexual promiscuity and bad behavior are not limited to those at the pinnacles of power and influence. In short, everybody's doing it. Moreover, anyone who thinks that sexual assaults don't take place on dating apps is either astonishingly naive or incredibly stupid.

The United States of America is infested with rampant sexual immorality! Make no mistake about it, God is not impressed in the slightest by America's wild behavior. It's up to us to turn this big problem around, and to deal with it appropriately with even-handed justice to those who have committed acts subject to criminal prosecution. The harshest prosecution should be reserved for those who kill or do bodily harm, who engage in forcible sex, and for those who engage in sex with underage girls and boys. After all, if God can kill 23,000 Israelite's all in one day, or if he can destroy Sodom and Gomorrah in a matter of minutes together with all their inhabitants for their rampant immorality, how much more quickly can God destroy an individual who sins continuously today? He can do it at the speed of a bolt of lightening, and Jesus said as much himself during his ministry here on Earth. Protect yourselves from a lot of anguish and aggravation. Stay single until you're ready to marry. Why worry about whether you'll be lonesome or not when you have Jesus already there with you? When Jesus is all you have, he's all you will ever need.
Posted by The Progressive Christian Blog at 11:59:00 AM