The problem with modern American Christianity

I Was Just Wondering Why More Christians Aren't Protesting in the Streets Against War and Injustice Instead of Abortion and Gay Marriage
by Pastor Paul J. Bern
For website, phone or tablet viewing, click here :-) 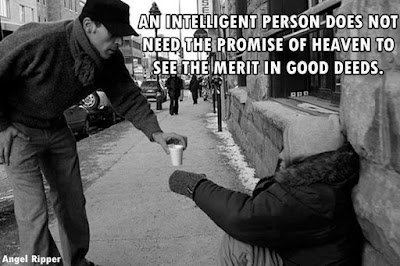 Being involved with a brick and mortar church as a musician as well as this on-line ministry, it's been my experience that trying to get conservative American Christians to join the antiwar, American resistance or Progressive movements is like trying to persuade an orthodox Jew to convert to Islam. My considerable research on the Web and with local ministries here in Atlanta tells me that conservative Christians from other nations are far more politically liberal than their American counterparts.


Why, for example, was there such resistance by conservative American Christians to the Occupy movement? Or to the “we are the 99%” campaigns, for that matter? Why have they not joined the rest of America in protesting the forcible separation of children from their parents at America's southern border? What are conservative “Christians” so afraid of? After all, aren't those who are involved in the 'Occupy', '99%' and pro-immigration Movements trying to speak out for those in need while opposing an economic system based on greed and the abuse of authority? Why would any conservative American Christian not want to join a group that tells us that our future depends on how well we cooperate with each other?

I also can't imagine why any rational person would have a problem with people who are protesting against firmly entrenched economic inequality and endless wars. And why would any American Christian not want to join a group that promotes a more participatory and balanced democracy than what we have now? I chronicled all these things in my 2011 book, “The Middle and Working Class Manifesto” (a 4th updated edition will be published in the fall), Jesus preached against social and economic injustice (see Luke 6, verses 20-26, Matt. 5: 6), and so we Christians should be doing the same.


Lately, some leftist writers and social media movers and shakers have attributed the political convictions of American conservative Christians to their faith, as if faith in God and opposition to social or economic injustice are mutually exclusive of one another. I insist that quite the reverse is true, that in fact those who care for the poor and needy, or for the sick or the hospitalized, or for the incarcerated, the institutionalized, and the homeless – the very least of humanity – it is they who do God's will here on earth, not hoarding for themselves but ministering and empathizing for all of the above! It is they who maintain their only source of faith and grace as being none other than Jesus Christ himself.

But what we have instead is a cadre of people mixing their man-made religion with extremely conservative politics for personal gain instead of worshiping the one true Almighty God for Spiritual gain. The majority of such Christians, however, are not American, which should give us a hint as to why many conservative American Christians are not out in the streets protesting as they should.


The reason why right wing Christians are not out in the streets protesting is not because of their faith. It's because when one is raised as a conservative Christian in America there are certain associations made with that 'brand' of Christianity. Many of us were taught since birth that our nation was founded as a Christian nation by Christian Founding Fathers. Therefore, the American way, at least back when America was still an allegedly Christian nation, is the Christian way and vice versa. To criticize our Founding Fathers is to allegedly ridicule Christianity and Christ. Protesting against any part of this Christian nation of ours, by conservative standards, must be tantamount to attacking the Gospel and therefore constitutes betrayal of one's country as well as a great sin against God for which there will be divine retribution.


Any attempt at reconciling our nation's history with the notion that America was ever a Christian nation places enormous demands on one's logical skills. While it is true that many of our founding fathers were Christians, the genocide and ethnic cleansing of North America's indigenous people, combined with our nation's enslavement and abuse of African-Americans, doesn't jibe with authentic Christianity. From long before the start of the US Civil War up until the 1964 Civil Rights Act, along with our emerging American Empire and its use of dictators as proxy rulers over other countries, all these things make it problematic to attempt to reconcile American history with the Gospel of Jesus Christ. And even when our history is partially acknowledged by these conservative American Christians, there seems to be an emotional disconnect that protects such individuals from the dissonance of racism that would otherwise be clanging like a fire alarm.


That is, we might acknowledge some of the abuses from back in the past, but can we still seriously call ourselves a Christian nation and a "city on a hill" without batting an eye? Knowing what I've seen and heard about America lately, I certainly can't. And yet I love my country. It's my government and it's unequal and unfair economic system that I'm having some genuine problems with. In the end, what patriotic American Christians are saying to the world is that, despite the evidence, they must feel good about themselves and what they have accomplished. Well-to-do right-wing Christians demand their Constitutional right to exalt so-called “American exceptionalism”, forgetting Jesus' warning about this very thing when He said, “Those who exalt themselves will be humbled, but they who humble themselves will be exalted”. Meaning, “American exceptionalism” is a sin against Christ.


And the same thing goes for capitalism. Since capitalism is our economic system and we are a Christian nation, right-wing logic seems to dictate that capitalism has become God's preferred economy, as if God needed an economic system in which to operate. Many conservatives, whether Christian or secular, are rationalizing that since the greatest prosperity in the history of the world has been enjoyed by Americans and we practice capitalism, capitalism must also be God's chosen economy. But the problem I see with this is that it compels us to ask a very damning question: When in the history of capitalism has it prospered without exploiting large numbers of people? Many times those who were exploited were hidden from the view of most Americans, but the invisibility of capitalism and militarism does not contradict the fact that they exploit untold multitudes.


And so what originally caused the Occupy and the “99%” Movements to emerge in 2011 continues to this day unabated. The fact is that far too large of a percentage of Americans have now become the victims of the same capitalist economy that they helped create. All of our hard work was for nothing. In fact, it has backfired on us all in the worst possible way by making homeless people out of formerly middle class workers. These throngs of disenchanted and disenfranchised Americans are transforming American patriotism and public dissent by opposing the military and prison industrial complexes while challenging capitalism by insisting that people and their needs have priority over profits.


Suggesting that being patriotic includes being capitalistic, which is conservative Christianity's true religion, has spread more evil than good. As before, that's because of the close association many conservative Christians have made between both patriotism and capitalism. They that do this are forgetting the historical reasons for Jesus' crucifixion. He preached against organized government, which infuriated the Romans, and against organized religion, which enraged the Jewish ruling council of that time. If Jesus came back today and walked into a mega-church unannounced, one of two things are guaranteed to occur. Either the conservative Christians, “hawks”, Evangelicals, and Charismatics would crucify him all over again, or the entire church would fall out of their pews face down on the floor, crying like children and begging for mercy. That's who the real Jesus Christ is!!


On the other hand, that command cuts both ways, as it is written in James chapter 5, verses 1-6: “Now listen, you rich people, weep and wail because of the misery that is coming upon you. Your wealth has rotted, and moths have eaten your clothes. Your gold and silver are corroded. Their corrosion will testify against you and eat your flesh like fire. You have hoarded wealth in the last days. Look! The wages you failed to pay your workmen who mowed your fields are crying out against you. The cries of the harvesters have reached the ears of the Lord Almighty. You have lived on earth in luxury and self-indulgence. You have fattened yourselves in the day of slaughter. You have condemned and murdered innocent men, who were not opposing you.”


And just as self-exaltation (American exceptionalism) is the reason why we equate American patriotism and capitalism with Christianity, so self-interest is the reason why we have a hyper-regard for those in authority. That self-interest tells us to be good little boys and girls so that those in charge will reward us rather than incarcerate us. And perhaps, it is a desire of some – you know who you are – to remain child-like while in authoritarianism's embrace, seeing surrender as preferable to a personal relationship with the Son of God.

Self-interest is the desire to spend more time playing around with what-or-whom-ever than making responsible decisions, from spend more time enjoying our trivial pursuits than being engaged with the serious issues of life – such as how we relate to each other and profit for the good of all concerned – that causes selfish people to prefer rule by elites over autonomy. The reason why most conservative American Christians won't resist the New World Order (and the Antichrist that is to follow) isn't because of their faith or a lack thereof. It is because of the extra ingredients added to their faith. Meaning, their faith is polluted with worldly things and concerns, another thing Jesus warned us about when he said, “A man cannot serve two masters. He will either cling to one and despise the other, or he will serve the other and reject the former. You cannot serve both God and materialism”. (Matt. 6: 24)
Posted by The Progressive Christian Blog at 12:47:00 PM