Let me introduce you to the real Bible

Those Who Sugarcoat the Bible's Truths
Dilute Its Message and Cheat Their Congregations
by Pastor Paul J. Bern
For better viewing on phones, tablets or my website, click here :-) 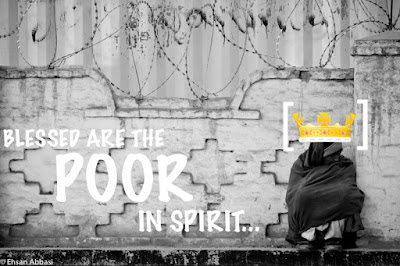 The Bible is a gritty book. It's very raw and very real. It deals with people just like us, just as needy and screwed up as we are, encountering a God who would rather die (which He already has, only to rise again) than spend eternity without us. Yet despite that, it seems like some Christians are uncomfortable with how earthy the Bible really can be. Although the Spirituality of the Bible through the belief in the Holy Spirit is the foundation of all the Scriptures (with Jesus Christ being the cornerstone), the Bible has a way of being just as earthy as a day of doing yard work around the house (if you're lucky enough to still own one of those). But there are others who feel the need to sanitize God by making his Word 'politically correct'. God has already instilled true correctness within each of us because He alone is our source and our strength.

For example, look in any modern translation of Isaiah 64:6, and you’ll find that, to a holy God, even our most righteous acts are like “filthy rags”, as the sanitized King James says. But the original Greek and Hebrew didn’t say “filthy rags”, it said “menstrual rags.” That sounded a little too crass to the Bible's 17th century English translators, so they just relabeled it 'filthy' instead to sugar-coat it. Jesus was naked when He was hanging on that cross, he wasn't wearing an adult diaper like some denominations portray him. The apostle Paul said that he considered his good deeds “a pile of garbage” in Philippians 3:8 rather than human waste, as the original Hebrew and Greek were more accurately translated. Oh yeah, and let’s definitely not mention the ten commandments in the Old Testament. That might be unpopular. Never mind that between the books of Exodus, Leviticus, Numbers and Deuteronomy there are a total of 630 of them. That could expose people as being the sinners that we all truly are. God forbid!

The point? God’s message was not meant to be run through some arbitrary, holier-than-thou politeness filter. God couldn't care less about political correctness, and I feel the same way. When I open my mouth, I don't care if anybody 'likes' me or not. While I care a great deal about keeping my readers supplied with the very best posts I can produce, it's more important to earn respect than to be simply admired. And so it is with God. He intended the Bible to speak to people where they’re at, caught up in the stark reality of life on a fractured and slowly dying planet.

There are dozens of Psalms that are complaints and heart-wrenching cries of despair to God, not holy-sounding, reverently worded soliloquies. Take Psalm 77:1-3: “I cry out to God; yes, I shout. Oh, that God would listen to me! When I was in deep trouble, I searched for the Lord. All night long I prayed, with hands lifted toward heaven, but my soul was not comforted. I think of God, and I moan, overwhelmed with longing for his help”. Psalm 4 verse 1 says, “Answer me when I call to you, O my righteous God. Give me relief from my distress; be merciful to me and hear my prayer.”

Rather than shy away from difficult and painful topics, the Old Testament includes vivid descriptions of murder, cannibalism, witchcraft, dismemberment, torture, rape, idolatry, deviant sex practices, plus human and animal sacrifices. According to the apostle Paul, those stories were written as examples and warnings for us, as he wrote: “These things happened to them as examples and were written down as warnings for us, on whom the fulfillment of the ages has come. So, if you think you are standing firm, be careful that you don't fall! No temptation has seized you except that which is common to man. And God is faithful, he will not allow you to be tempted beyond what you can bear. But when you are tempted, he will also provide a way out so you can stand up under it.” (1st Corinthians 10, verses 11-13).

So obviously these graphic stories were meant to be retold without editing out all the things we don’t consider nice or agreeable. I have gradually arrived at the conclusion over time that the Scriptures include such graphic material to show how far we as the sum of humanity have fallen and how far God was willing to come to rescue us from ourselves. God is much more interested in honesty than piety, and in our Spirituality rather than religiosity. And that’s what He gives us throughout Scripture by telling the stories of people who struggled with the same issues, questions and temptations we face today. “There is no one righteous, not even one; there is no one who understands, no one who seeks God. All have turned away, they have together become worthless; there is no one who does good, not even one.” (Romans 3, verses 10-12)

Peter struggled with doubt and with a bad temper, and we read all about it when Jesus is arrested at Gethsemane (see John 18: 10-11). Elijah dealt with depression; Naomi raged with bitterness against God; Hannah struggled for years under the burden of her unanswered prayers. David had an affair and then arranged to have his lover’s husband killed in battle. Noah was a drunk, and Moses was on the run from a murder charge when God called him. Even Job came to a place where he found it necessary to make a covenant with his eyes not to lust after young girls (Job 31:1).

Was it not Jesus who said, “I have come not to call the righteous, but sinners to repentance”? It's all a matter of priorities. “I desire mercy”, Jesus said, “not sacrifice” (Matt. 9: 12-13). Don't boast to God about how often you attend church, or how much you “tithe” each week. Never mind your rituals, Jesus was saying. Tell me about how much you did for others whether they deserved it or not. I want to know how well you treated others, and I want to know what you did to make a positive difference in their lives. That's all that matters in the end.

It’s easy to make “Bible heroes” (as Protestants might say) or “saints” (as Catholics might refer to them) out to be bigger than life, immune from the temptations that everyone else faces. I find it encouraging that Jesus never came across as being pious or condescending. In fact, he was never accused of being too religious; instead he partied so much that he was accused of being a drunkard and a glutton because he was perceived as associating with “sinners” (Matthew 11:19). His first miracle was changing water into wine, and it is documented in all four gospels that wine was served and consumed at the Last Supper. So, people who insist that one must be a teetotaler to go to heaven when they die are not only incorrect, they are judging people they don't even know.

Jesus never said, “The Kingdom of God is like a church service that goes on and on forever and never ends.” Our church services can't hold a candle to what heaven will be like. Jesus promised us that heaven would be like a homecoming celebration, an enormous block party, and a wedding feast to which all are invited, all at the same time! This idea was too radical for the religious leaders during the time of Christ, and in some cases it still is. There are too many churches today who are more concerned about vain traditions and pompous religious rituals that aren't even in the Bible than they are about partying with Jesus. And that’s why they missed out. That’s why many of us still miss out today.

Pardon me, pastor, but did you say 'party with Jesus'? Yeah, I sure did. By the same token, I am well aware that there are some individuals who simply cannot touch alcoholic beverages at all, and I understand that completely. There are others who abstain by choice, and I have no problem with that whatsoever. I'm only saying that I don't think it's a sin to drink unless it is done to excess. Following Jesus is far more than just being dutiful or subservient, it is richly rewarding and exhilarating. Plus, the feeling we will get once we arrive in heaven is far superior to any man-made beverage!


Another hallmark of a Christ follower is a truly Spiritual life focused on peace rather than guilt (“Peace I leave with you, my peace I give you. I do not give to you as the world gives. Do not let your hearts be troubled and do not be afraid.” (John 14: 27). Jesus saves us from the dry, dusty duties of religion and frees us to cut loose and celebrate. I don’t believe we’ll ever recognize our need for the light until we’ve seen the depth of the darkness. God himself wasn’t afraid to get down and dirty with us about life and temptation and forgiveness and grace. Only when the Bible seems relevant to us (which is essential), only when the characters seem real to us (and they certainly were); only then will the message of redemption become personal for us as it was always meant to be.


We don’t need to edit God. It's our brains and our hearts that need a good editing. We need to let Him be the author and the editor of our new lives and the construction superintendent for our (hopefully rapidly) growing and expanding faith. The time is getting short, people, very short indeed. It's time for all of us to lead more Spiritual lives, because Jesus will be returning soon, and at a time when you least expect him. The stakes are where we will spend eternity, and there is no more serious subject than that.
Posted by The Progressive Christian Blog at 11:20:00 AM