President Trump, the Washington Shutdown, and the Bible

Unlike Trump and the Government,
the One True God Never Shuts Down
by Pastor Paul J. Bern
For a website view, click here :-) 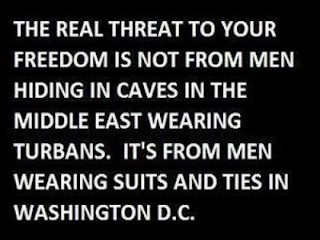 It has happened again. Usually when the federal government shuts down, it's because Congress and the president can't pass a federal budget on time. This time around the shutdown is all about money all right, but never before has there been a shutdown inside the Beltway over a single item within the overall federal budget like there has been over president Trump's border wall. I have seen photos of the 4 “sample walls” president Trump has had constructed along side one another in the southern Arizona desert. You can't even see through them! Some drug cartel could be building a ramp or a ladder on the other side, and the Border Patrol wouldn't be able to see that until people were already coming over the top. This is idiotic!

OK, so let's all visualize this for a minute. Two Border Patrol agents of the USDHS hypothetically spot several men climbing over the top of president Trump's 'wall'. But when they apprehend them, 25 or 50 more come over the top right behind them. The only sure way to stop all those people at once would be to shoot to wound a few, in the hopes of causing the rest to stop where they are out of pure fear of being shot themselves. Unfortunately for the Border Patrol, not to mention any Christian worth his or her salt, they're not allowed to do that unless they are fired on first by one of the migrants. As you may know, that rarely if ever happens.

Moreover, if I were a Border Patrol agent, I wouldn't be able to hold on to that job for very long, because I simply refuse to shoot anyone who presents no danger to myself, nor to anyone else. And I sure as hell couldn't shoot at children, nor could I allow a single one to die while in my custody like ICE and the Border Patrol have. And yet this is exactly what our government is doing. They're murdering children, and this has either got to stop or the American people will be forced to rise up against their own government. In that event, anyone who refuses to rise up against such evil make themselves complicit in these crimes against humanity.

The other aspect to Trump's government shutdown has been the 800,000 US government employees who have been left without a paycheck. Worse yet, some of them are compelled by law to work without pay in such circumstances as this. Imagine what this means to these federal workers! Employees are required by law to work without pay during a government shutdown. That means they can be arrested for not showing up to work unexcused, and the same goes for even trying to quit. So, it is quite evident based on these rather ugly facts that the federal government is not a very nice employer at all. On further thought, it makes me wonder why anyone else would want to work there in the first place. For the “benefits”? I find no 'benefit' whatsoever in being potentially complicit in the slaughter of innocent children who pose no threat to me.

What this means from the employees' point of view is their own government – their employer – can't be trusted to pay them on time because Uncle Sam can't keep his house in order. And, it's all because the government (allegedly) doesn't have enough money to go around. Maybe if the Pentagon wasn't spending all those trillions of dollars in all those clandestine wars being fought overseas, there would be money for a border wall. And even then, we don't want a wall, all we really need is a tall fence. We need border security, granted, but a $5 billion solid concrete wall really is way over the top. A fence made of aluminum bars 16 to 20 feet tall with razor wire at the top could be built for a fraction of the $5 billion president Trump is currently demanding, and I'm sure Trump knows that. He's holding out to see how much he can squeeze out of Congress, but I doubt that the Lord approves of the way the president is going about it.

By laying off 800,000 people, while causing another 400,000 to work uncompensated, Trump has essentially taken the country's workers and management hostage in an effort to gain a political advantage. To sum this up, then, president Trump is being unfaithful to those the government employs, and by extension to the rest of America. The Bible has a lot to say about unfaithfulness. Faithfulness is considered to be a virtue, as the prophet and Psalmist David wrote in Psalms 117:2 – “For great is his love toward us, and the faithfulness of the Lord endures forever.” In comparison, president Trump's faithfulness to pay his workers on time is conditional to his political demands being met. Now that it's been established that Mexico isn't going to pay for the wall at America's southern border, Trump is trying to force his employees to cover the tab instead. This has got to be the ultimate in unfairness in the workplace. Don't get me wrong, president Trump, I admire and respect some of the things you've done or are doing, such as your recent decision to pull out of Syria. But engineering a mass layoff for political advantage really is way too much.

Contrast the government shutdown to what God has said through his prophet David regarding this matter: “Your kingdom is an everlasting kingdom, and your dominion endures through all generations. The Lord is trustworthy in all he promises and faithful in all he does.” (Psalm 145:13) Unlike president Trump, who has to run again in 2020 if he wants 4 more years – and if he wins at the ballot box – God never has to run for reelection. He has ruled and reigned for all eternity, and always will. Only once did 1/3 of the angels challenge his authority, everyone knows what happened to them. Moreover, God remains faithful to each one of us on a personal basis, as the apostle Paul wrote, “No temptation has overtaken you except what is common to mankind. And God is faithful; he will not let you be tempted beyond what you can bear. But when you are tempted, he will also provide a way out so that you can endure it.” (1 Corinth. 10:13) The word 'you' in this context meant the entire church at Corinth, but it was also meant individually to each member as well.

Again it is written in 1st Thessalonians 5:23-24, “23) May God himself, the God of peace, sanctify you through and through. May your whole spirit, soul and body be kept blameless at the coming of our Lord Jesus Christ. 24) The one who calls you is faithful, and He will do it.” As of this writing, with the partial federal shutdown firmly in place, Donald Trump is the last man on the face of the earth who could be called blameless at this point. Not only is he being unfaithful to his employees first, and his constituency second, he has put the entirety of his trustworthiness as Chief Executive into question. What has the Bible said about this? The apostle Paul wrote, “Now it is required that those who have been given a trust must prove faithful.” (1 Cor. 4:2) In its original context, the apostle Paul was writing about those in charge of churches being trustworthy people of good repute. These words were intended for what Paul called “bishops and overseers”. Interestingly enough, the titles 'pope', 'father' and 'pastor' aren't in the Bible anywhere, but that's another topic for another time.

Although I would be quick to agree that running a country's government is nothing at all like running a nonprofit, the person in charge of that charity – be it a church, a battered women's shelter, or whatever needs to be a faithful and trustworthy individual. This clearly extends to governments, which are supposed to be nonprofit entities but obviously are not (such as $21 trillion missing from the Pentagon, etc). One of the things that define faithfulness is those in charge being faithful to the positions they have been entrusted with by the electorate. This means, among other things, paying your employees on time. So this part of my weekly message is primarily directed at president Trump, but the shutdown in Washington is not all Trump's fault. The rest of the blame lands squarely in the laps of Congress, who have yet to show any willingness whatsoever to negotiate with president Trump in good faith. As of this writing, no such thing has happened, and the government will probably remain shuttered until after the first of the year. While resolve abounds in Washington DC, faithfulness is sorely lacking. Let everyone involved from the president on down get this country running again ASAP, and let's put an end to all this pointless posturing – on both sides!

Posted by The Progressive Christian Blog at 11:47:00 AM