Merry Christmas -- to all the orphans

Happy Holidays to All the Orphans
by Pastor Paul J. Bern
For a website view, click here :-) 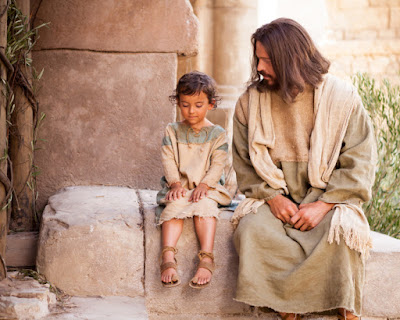 First of all, merry Christmas and happy new year to all the orphans, wherever you may be. You see, I'm an orphan myself, and I'm in my 60's. There are a lot of us out there. We're called “elder orphans” – people who have outlived most if not all of their relatives, who are estranged from their families, or who aged out of the foster care system like I did as a teenager. According to an article in the Chicago Tribune, there are 22.6 million people in the USA alone who currently have this dubious distinction. Twenty two and a half million folks who ain't got nobody, and there is nothing any of us can do about it. It's a harsh reality, but sometimes life can be very harsh indeed. You either learn to roll with the punches, ducking and dodging as best as you can, or you get the living daylights beat out of you. It's all up to you. I know that's not a particularly nice thing to say, but that's the truth. And I love truth.

I am one of those who aged out of the foster care system as a teenager. I started out in life as an orphan, only to wind up in foster care. I was told as a child I was adopted, only to find out decades later that it was a lie. I was told I had been taken away from my birth mother as an infant because I was born “in jail”, to quote the woman who raised me, who I knew as 'mom'. But there came a time when I was in my twenties when I needed a copy of my birth certificate, and when it arrived in the mail I was in for a big surprise. According to my birth certificate, I had been born in a private home and then transported to a hospital. When I confronted my “mom” about this and demanded to know the identity of my birth mother, she refused, saying she and her late husband (my foster-dad died just after my 12th birthday) had 'spent their hard-earned money on me', and that it was “none of your business” who my real mom was. And you think you've got family problems??

So the woman who raised me and myself are permanently, and understandably, estranged. How do I cope with all this? How could anybody cope with even one out of all the things I just mentioned? I tried to find my original identity, but none of the people who lived in the house I was evidently born in were still alive by the time I checked, and the doctor who had attended me at the hospital was also deceased. I registered with a government database in Ohio, the state where I was born, just in case I had any siblings trying to find me, but I never heard back from anybody. So I have drifted through life all alone. I have tried marriage twice, but I was still alone and adrift despite being a head-of-household. My two marriages combined lasted a little over three years. My ultimate solution has been my faith. In fact, my faith is the only thing that has consistently worked for me over the years. That, and I published a book about my experiences in the form of a memoir back in 2014. It's called, “Sole Survivor”, it's still in print, digital or audio format from this link. Writing and publishing that book was very therapeutic for me. It helped me get rid of a lot of old baggage.

So I wrote this piece this week to see how many others I could reach out and help this holiday season. But I'm not going to limit this to just the orphans and those who aged out of the foster care system. If you know your parents and are on good terms with them, you are already ahead of a lot of people in terms of having family. If you have ever received an inheritance from a relative, you're doing better than many. In that case, I would advise that individual or family to use that inheritance to start a small business. In an economic climate where meaningful jobs are so hard to come by, it makes so much more sense to simply hire yourself.

But there are also a surprising number of advantages to being an 'elder orphan'. First of all, I have almost nobody to buy Christmas gifts for, excluding a few friends from the church where I play keyboards every Sunday. That's a major money and time saver for me and others like me. There is no one to cook for me, but I know exactly what I want something to taste like before I ever start cooking it, so everything I make on the stove or in the oven turns out perfect every time. There is no one's birthdays to remember, and there's no 'moochy' relative sleeping on my couch and eating my food. I get up when I want, usually around 8 or 9AM, and I go to sleep when I want, usually by 11PM or so. I know that's over 9 hours sleep per night, but since I survived a stroke I had back in 2006, my body seems to need 9 hours of sleep. I sometimes get up to an early alarm, but I can no longer do that on a daily basis. When I do get up to an early alarm, it's usually because I have a medical appointment or because it's a church or grocery day.

Another big advantage to being a 'senior orphan' is the independence. When you go through life without any family as I have, you wind up being a fiercely independent person somewhat like, or very similar to, myself. No one is nagging me about anything. Nobody bosses me around, and I don't take any crap from anyone, either. I've always functioned much better and was much happier when I was self-employed. Trying to work for somebody else always was a chore, and I never seemed to fit into the office work environment no matter how hard I tried. Orphans are like that, you know. A lot of business owners are orphans. Unfortunately, so are a lot of homeless people, and so are may of those who commit suicide. They have no one to help them through the pain of what they are experiencing, no one to ease their anguish. Without a Higher Power to turn to, they simply give up. This can happen in any number of ways. For example, here in Atlanta where I live, there are car wrecks involving wrong-way drivers on the interstate highways every so often. According to the CDC, at least one third of these head-on crashes turn out to be suicides.

I would urge anyone who is experiencing suicidal thoughts to call the national suicide hot-line at 1-800-273-8255. Seriously, do it right now if this is you. You can read the rest of this later. But for everyone I wish to say it's not so bad to be stuck being alone. Being alone and independent means you are free from many of the encumbrances of everyday life, especially family issues. It means you have no kids to raise. It costs $250,000.00 to raise a child from their birth until they finish the first 12 grades of school. Think about how much money you're saving. Another advantage to being an 'elder orphan' is not having a dangerous ex-spouse to obtain restraining orders against to protect yourself and your kids. That's all I'm going to say about that.

Survivors of foster-care and/or spousal or parental abuse do not get to skate away from such circumstances without a hefty toll being taken by life and that of living it. It is common for survivors to suffer from PTSD as I do. Trauma, especially during childhood, can be a trigger for mental illness, and I am a survivor of a diagnosis of bipolar disorder myself. But mental illness is something that can be managed with certain medications, and I am happy to report that I'm in my 12th year of recovery, and I never so much as looked back once. Nor do I regret being an 'elder orphan'. I relish my independence, go at my own pace, and I live the simple life. It's far from being a really prosperous one, but I've made a lot of money before, and riches tend to be a trap and a headache. But at the end of the day, for those of us who are the survivor of survivors like myself, the term 'orphaned elder' has a nice ring to it. To me at least, the word 'orphan' is the sound of freedom.

Posted by The Progressive Christian Blog at 12:26:00 PM