I have no silver or gold this holiday season, but I have something much more valuable

Worried About Your Investments?


Place All Your 'Stock' In Other People Instead
by Pastor Paul J. Bern
For a website view, click here :-) 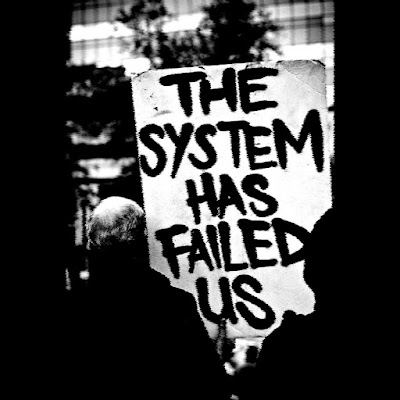 I stream videos on my computer in the evening when I'm not busy with the on-line ministry God has entrusted me with. I don't bother with cable or satellite TV, they want too much money for those subscriptions, especially the broadband providers like Comcast and Charter. One of the social media outlets I use is You Tube (not a plug or an ad here, OK?), where there exists a proliferation of survivalist and/or “prepping” channels, as well as many more devoted to hawking the benefits of investing in silver and gold instead of stocks, bonds, futures or commodities, etc. The common theme of all these videos is that the US dollar is going to crash due to its impending replacement as the world's reserve currency, most likely by the Chinese Yuan.

So the idea behind these videos I've watched (I'm not naming names) is to get out of the stock and bond markets altogether, which may not be such a bad idea. But their 'solutions' are not so hot, if you ask me. Take the money from the liquidation of your investments, they're saying, and put it all into silver, gold, and digital currencies, of which Bitcoin is probably the most well-known. Still other videos, who have these self-appointed doomsday specialists as their paid sponsors, urge their viewers to stock up on weapons, ammunition, water and nonperishable food, plus things like first aid supplies and barter items. It's not that I find anything wrong with their ideas, but what disturbs me about this is that most of these purveyors of gloom and doom are Christians. If they are in fact Christian, then why don't they read their Bibles? Yes, I know there is much written about the End Times, or Last Days, throughout the Bible. The Book of Revelation, the prophets Daniel, Ezekiel and Zechariah, the prophetic chapters of Matthew 24, Luke 21 and Mark 13 in the Gospels – all have much to say. The problem I'm having is that the above Scriptures are only a part of the story, and the remainder isn't being emphasized enough.

The gold and silver everyone is hoarding will crash, right along with the currencies that they are traded in, as it is written in Ezekiel chapter 7, verse 19: “They will throw their silver into the streets, and their gold will be treated as a thing unclean. Their silver and gold will not be able to deliver them in the day of the Lord’s wrath. It will not satisfy their hunger or fill their stomachs, for it has caused them to stumble into sin.” In times past when disasters struck, the first thing people would take as they were fleeing would be their silver and gold. It was the one thing they could use for a universal currency. But this time around, when the debt-based economies fail that set the price of precious metals and other related commodities (such as crude oil or natural gas), the value of any given commodity will also evaporate. The only thing that precious metals and natural resources and related commodities will be good for at that point will be for bartering purposes.

All right then, you may say, if gold and silver will have no value during the End Times, and assuming Ezekiel was right (which he was!), then what will be left? Food and water? Guns and ammunition? How about fuel, weapons, or tools? Granted, all of these have value during good times and bad, but these things are not all there is to life, nor to preparedness. There is one thing that is far more valuable than all of the above, and that is the human soul, as it is written in the books of Moses: “For you are a people holy to the Lord your God. The Lord your God has chosen you out of all the peoples on the face of the earth to be his people, his treasured possession.” (Deuteronomy 7: 6) Now the word “holy” means to be set aside, or to be held in reserve, for only the most special of occasions. That's how God views us – we are his “treasured possessions”!

Silver and gold have no value in God's sight, because God has already made them both. It would be like expecting Henry Ford to buy himself a Ford Model A when he already had a Lincoln or two. In a somewhat similar way, we can't expect God to value gold or silver more than the human soul, as the apostle Peter explained so well: “18) For you know that it was not with perishable things such as silver or gold that you were redeemed from the empty way of life handed down to you from your ancestors, 19) but with the precious blood of Christ, a lamb without blemish or defect. 20) He was chosen before the creation of the world, but was revealed in these last times for your sake. 21) Through him you believe in God, who raised him from the dead and glorified him, and so your faith and hope are in God. 22) Now that you have purified yourselves by obeying the truth so that you have sincere love for each other, love one another deeply, from the heart. 23) For you have been born again, not of perishable seed, but of imperishable, through the living and enduring word of God.” (1st Peter 1: 18-23)

Verses 18 and 19 explain what I'm trying to say here so perfectly that I will simply move on with little comment, except to say that instead of investing in silver and gold or digital currencies – all of which are tied to the US dollar, either directly or indirectly – should be supplanted with an immense investment in human capital. Square One of that people-investment should be the salvation of Christ, who gives us all our sense of worth by being purchased with his blood, which he shed on a cross. No silver or gold was required. “22) Now that you have purified yourselves by obeying the truth so that you have sincere love for each other, love one another deeply, from the heart. 23) For you have been born again, not of perishable seed, but of imperishable, through the living and enduring word of God.” We are to obey Jesus and follow his commandments because Jesus Christ is truth personified. We have been born again as imperishable, whereas before we had all received a death sentence.

I have one more thought about the fruitlessness of investments here in the Last Days, and it comes from the apostle Paul: “You were bought at a price; do not become slaves of human beings.” (1st Corinthians 7: 23) If the blood of Jesus is the only real investment that will still hold its value after our lives are over, investing in gold, silver, Bitcoin, antiques, collectibles and anything else you can think of will ultimately turn out to be a waste of time and money. The only worthwhile investments are the giving of our hearts and minds, first to Christ because he has died for each of us, and secondly to each other. In both cases, they are to be done unconditionally and without reservation. That means we are charged with the duty of loving those who are unlike us, such as those with different skin color, or of a different religion. So if you aspire to be a big-time investor, let's start investing in the most precious commodity of all – the human soul.

Posted by The Progressive Christian Blog at 1:58:00 PM