I wonder what Jesus would say about all those refugees at Tijuana?


the Asylum Seekers at Her Southern Border
by Pastor Paul J. Bern
For a website view, click here :-) 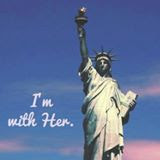 The headline in this past Friday's Huffington post said it all: “Chris Cuomo Shreds Hypocrite Christians Who Celebrate Christmas But Reject Migrants”. In a timely article posted by David Barden on November 29, this journalist quotes the CNN host when he said earlier that same day that it is a, “....moral imperative for America to assist members of the migrant caravan”. With growing numbers of asylum seekers gathering just a stone’s throw away at the U.S.-Mexico border, the CNN host said that, “It’s not enough to say that we bear no responsibility because we didn’t create the problem. Our responsibility comes from the absolute fact that we have the power to provide a solution here,” he said. “There’s a moral imperative here, America does what she can.” With the holiday season in full swing, Cuomo then pointed out the hypocrisy of American Christians who celebrate Christmas yet shun migrants. 'No small irony that Christians are getting ready to celebrate the story of Christmas, which is the exact story that we are trying to block out here,' he said. 'The poor and unwanted who wound up bringing the Savior into this world in a stable, rejected. Just as we’re doing now. This is who we are now and it must be exposed.'”

Thank you for the suggestion, Mr. Cuomo, and allow me to help expose this very thing about my country this holiday season. The truth of the matter is that Chris Cuomo was spot-on with that statement regarding the current state of the USA. For a man like myself born in the 1950's, the USA of the early 21st century is unrecognizable compared to the country where I grew up. We weren't nearly as spoiled as we are now, and yet we were happier for the most part. I grew up in a time when air conditioning was considered a luxury, and where women didn't work unless they wanted to. People made a lot less money than today, but the daily cost of living was far less than today, so that didn't make any difference. The first Ford Mustangs in 1965 had a base price of $1,995.00, ditto for the Volkswagen Beetles of that time period. The world used to run on commerce, but today it runs on debt. Commerce symbolized free enterprise back then, but today's debt is really just the new slavery. America actually never really ended slavery after the US civil war, she simply out-sourced it.

If we go back to the Book of Exodus in the Bible to the time when the ancient Israelite's were wandering in the desert – after leaving 400 years of slavery behind in Egypt – we find that God warned them about mistreating foreigners among them. “Do not mistreat an alien or oppress him, for you were aliens in Egypt” (Exodus 22: 21). Foreigners being in the land in which we live goes back at least 3,400 years or more. All our ancestors were foreigners at one time or another in their lives, dating all the way to humankind's hunter-gatherer years. Taking that into consideration, that makes the rest of us either foreigners or the descendants thereof. Now you know why I have such a problem with those who stand against the asylum seekers, and particularly those haters who profess to be Christian by faith. Jesus taught us to “....love our neighbor as we love ourselves”, meaning (in this case) those who rail against immigrants and asylum seekers ultimately rail against their own fathers and grandfathers.

Yesterday's posting about this matter in Buzzfeed.com had this to say:
One Reason The US And Mexico Can’t Agree On Having Asylum-Seekers Wait In Mexico: The Trump Administration Itself Is Divided

The Justice Department wants asylum applicants turned away without any vetting of their claims. Homeland Security wants them screened for fears of staying in Mexico.

WASHINGTON — “Homeland Security and Justice Department officials are feuding over a controversial plan that would force asylum-seekers at the southwestern border to remain in Mexico until their cases are decided, according to sources close the administration. Department of Justice officials have been pushing for asylum-seekers at the border to be immediately returned to Mexico as they arrive at the border, instead of first undergoing screening for fear of persecution or torture if they are not allowed in. Department of Homeland Security officials want asylum-seekers screened for persecution, torture, and fear before being immediately returned to Mexico, to ensure that there are no serious concerns for their safety in Mexico. The dispute highlights the fact that key details regarding the plan are still up in the air.....”

There you have it, ladies and gentlemen, right before your eyes. The reason for the infighting among members of the Trump administration, in one word, is fear. They're all afraid of a bunch of migrant workers who simply want to restart their lives, and who want to escape the rampant violence of the drug gangs in central and south America. They pose a minimal threat to ourselves, and those who do will be weeded out, one way or another. Few, if any, of these people will escape president Trump's dragnet, you can all be sure about that. Rather than be caught up in an irrational fear of one other, we're charged by God with the sacred duty to love one another. The apostle John wrote of this when he said, “This is the message you have heard from the beginning: that we should love one another.” (1st John 3: 11) As things stand in 21st century America right now, there are too many Americans who have forgotten or cast aside this essential teaching of our Lord and Savior.

And so as America sings, “Peace on Earth and Goodwill to Men”, along with the rest of the Christmas carols this year, I wish a lot of people would do what used to be done up until about the 1970's or so. People used to go Christmas caroling door-to-door, mainly focusing on the elderly and disabled, and oftentimes the lonely and forgotten. It was a tradition that dated back centuries, and it needs to be brought back. Moreover, it needs to be brought to the border at Tijuana, Mexico where the asylum seekers are being held. If I somehow had the means, I would charter a plane to San Diego, California full of people. We would transfer to buses for the remainder of the journey to the border fence, get out and walk right up to it. Then, once we were all in place, we would start with ,”Oh Come, All Ye Faithful” and sing a medley of Christmas carols to all the refugees until we are all hoarse.

We could do an hour-long set of Christmas carols, like a song medley, to warm the hearts of all the refugees, and to let them know that there are Americans on the other side of that fence who view them as brothers and sisters in Christ. Never mind nationality and race, just forget about all that stuff. There needs to be a lot more “Peace on Earth and Goodwill to Men”, and a lot less rhetoric, bigotry and vitriol by certain Americans whose chief stock in trade is contempt for those who are different from themselves. This is particularly applicable to the wealthy. We have a “moral imperative” to replace contempt with compassion, to replace bigotry with understanding, and to substitute love for hate. Perfect love, the apostle James wrote, drives out fear. OK, since we know that hatred is based on fear, it is our moral responsibility as Americans – Christian or otherwise – to understand the origins of our own fears. Until then, we will be powerless to change ourselves. But if we consciously engage in love for one another, we can suffocate the fear right out of ourselves and kill it. So do that first, and you take the first step down the road to a happier and more fulfilled life.

Posted by The Progressive Christian Blog at 12:12:00 PM