Watching Too Much TV Is Murder On the Soul

Reasons to Stop Watching T.V.
For Secular and Christian Alike
by pastor Paul J. Bern
For viewing in any browser, click here :-) 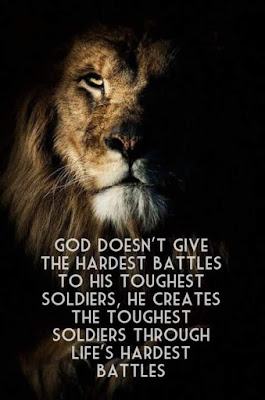 I was asked by a reader this past week if I had ever considered posting a piece on the evils of watching television. Actually, in the past I had considered doing exactly that, but every time I got ready to, something of greater importance would come up with respect to current events. For example, I could have wrote about the US government shut-down that just occurred this past Friday, but everybody saw that one coming anyway. Besides, I'm hoping this shut-down will be short-lived! Moreover 0, since so much of this is continuously being disseminated in the Lame Stream Media, I will leave reporting on the US government shut down to them. The larger aspect of this is that the shut-down, along with all the other information you can possibly stand whether you like it or not, is being presented to the public via television.

According to some facts and figures from TV-Free America (1322 18th Street, NW Washington, DC 20036) regarding American television viewing habits, I categorize them as follows:
[1] FAMILY LIFE
[2] CHILDREN
[3] VIOLENCE
[4] COMMERCIALISM


According to the A.C. Nielsen Co., the average American watches more than 4 hours of TV each day (or 28 hours/week, or 2 months of nonstop TV-watching per year). In a 65-year life, that person will have spent 9 years glued to the tube. Let me select a quote from the Old Testament about that: “You shall have no other gods before me, You shall not make for yourself an idol in the form of anything in heaven above or on the earth beneath or the waters below. You shall not bow down to them or worship them; for I, the Lord your God, am a jealous God, punishing the children for the sin of the fathers to the third and fourth generation of those who hate me, but showing love for a thousand generations of those who love me and keep my commandments.” (Exodus 20, verses 3-5) Can your television become an idol? In many cases and with many individuals and even whole families, evidently so!

Let's review, shall we? Americans spend an average of 6 ¾ hours daily watching or streaming TV. Half of Americans admit they watch too much TV – the rest just don't realize it yet. School age children watch nearly 1,700 minutes of TV weekly, while half of those kids would rather watch TV than spend time with their fathers. This fact in and of itself is a scathing indictment of American dads because it points to a lack of parenting.


Elementary school kids see 8,000 acts of violence on TV by the time they move on to junior high school. By the time they finish high school that number jumps to a breathtaking 200,000! Is it any wonder there is so much violence and even fatal shootings in our schools? Our children are being bombarded with violence nearly 24/7! At every turn all they see and feel is violence, inappropriate sexuality and a general disconnect from reality via the technology they're using that is very unhealthy. Moreover, one third of TV viewing consists of one commercial after another, while any given person watches 40 commercials for every hour of viewing. So now you know the real, underlying reason the networks advertise their news programs so much! They want to bombard you with a bunch of third world crap that none of us needs or wants. Everybody has had just about enough of these abuses, and that includes myself! And yes, by the way, your TV is your idol! You Christians spend an hour or two each week at church but you watch 6 ¾ hours of TV per day? You are all in idolatry! Repent of your sins, every one of you! Unsubscribe from your cable or satellite TV, and get a set of rabbit ears for the local news if you want. Stream what you want to watch over the Internet, and if you have children at home, block the TV on their phones so they can't watch it. If you really love your kids you will be glad to do this for them.


In closing, I will leave you with a quote from James chapter 1, verses 26-27: “If anyone considers himself religious and yet does not keep a tight rein on his tongue, he deceives himself and his religion is worthless. Religion that God our Father accepts as pure and faultless is this: to look after orphans and widows in their distress and to keep oneself from being polluted by the world.” OK, so if we want to emulate the apostle James – who was martyred for his apostleship – and keep ourselves pure, we will have to make a choice – devotion to Jesus or devotion to our televisions. The fact that we are spending at least 20 times more time with our TV's than at church, even more if we count our prayer time, speaks volumes about where our hearts are. So do yourselves and your souls a favor – turn off your TV and disconnect your cable or dish and use that time to find someone who needs help. Go volunteer somewhere. All you parents, start spending more time with your kids instead of using your televisions for babysitters. The kids will appreciate you for it, and their grades will get better in school if they know their parents really care. Mass entertainment does more harm than good. The novelty of television wore off decades ago. Nowadays it's just a nuisance. Better still, take your TV out to the back yard and kill it.
Posted by The Progressive Christian Blog at 12:22:00 PM