Is World War 3 On Our Doorstep? Better Hope Not.

Some Foretelling of Our Future, but Not From Me
by Web pastor Paul J. Bern
To view this on my website, click here :-) 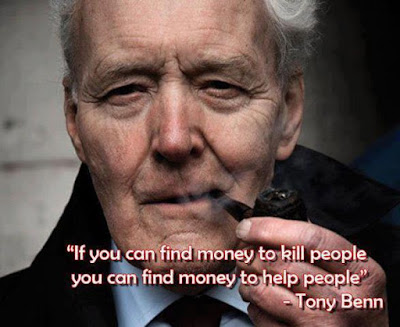 This week as I continue to warn people about certain cataclysmic events that will happen in the fairly near future, I'm going to change the focus from one centered on the United States to that of a global focus. We seem to be headed for a combination of events in human history of great importance. Much of these traumatic events will be economic in nature. As you know, the US dollar is on the ropes, being in the process of being replaced by the Chinese Yuan as the World Reserve Currency. A major devaluation of the dollar is sure to follow, likely by 50% or more, and Wall Street will be just another financial center like the FTSE in London and so on. Never mind what the main stream media tells you, they lost all their credibility after the 2016 elections and have yet to regain it.

The Bible also prophesies about natural disasters of all kinds as the End Times come upon us, just as they currently are. For example, in Revelation chapter 8, where the apostle John wrote about the 2nd Trumpet, verses 8-9 read, “The second angel sounded his trumpet, and something like a huge mountain, all ablaze, was thrown into the sea. A third of the sea turned to blood, a third of the living creatures in the sea died, and a third of the ships were destroyed.” Further down in 'the 7 Trumpets' by just a few verses, John elaborates on a gigantic earthquake of unprecedented proportions, and Jesus corroborated this in Mathew 24 and Luke 21. But for today I'm going to go to a new place in the Bible where we haven't been before, the Book of Joel towards the back of the Old Testament, right between Hosea and Amos. There is a lot of prophetic stuff in this short little book that bears our attention, but for the sake of brevity I'm going to be sticking to the main points. For starters, let's go to Joel chapter 2, verses 1-2, and I quote:

“Blow the trumpet in Zion, sound the alarm on my holy hill. Let all who live in the land tremble, for the day of the Lord is coming. It is close at hand – a day of darkness and gloom, a day of clouds and blackness. Like dawn spreading across the mountains a large and mighty army comes, such as never was of old nor ever will be in ages to come.”

In the above verses, “Zion” is the hill just outside Jerusalem that is sometimes called “Mount Zion”. This is the small mountain – just 2,510 feet at its summit – from which Jesus Christ ascended into heaven, and to which he will return someday soon, just as we studied 3 weeks ago in part 3 of Luke chapter 24. “Blow the trumpet in Zion, sound the alarm on my holy hill.” On the surface this would appear to be a prophecy directed at the nation of Israel, and in fact that would be correct (see Deuteronomy 6: 4; Isaiah 27: 6; Mark 12: 29; Romans 9: 6; and Ephesians 3: 6). However, in order for this to be occurring the United States, Israel's greatest ally by far, would have to be either taken out of the way or would turn against Israel somehow. But I have searched the Scriptures and can find no such instance of that occurring. There are only three ways the United States could be neutralized or otherwise removed from its position as a global superpower – by military defeat, by a natural disaster or an economic collapse of some kind.

“Let all who live in the land tremble, for the day of the Lord is coming. It is close at hand – a day of darkness and gloom, a day of clouds and blackness.” As I wrote just above, this seems to describe a huge calamity of some kind. “.... darkness and gloom” and “clouds and blackness” could be the aftermath of the mountain-sized boulder striking the ocean as described in Revelation chapter 8, or what's left of the planet after a nuclear war. “Like dawn spreading across the mountains a large and mighty army comes, such as never was of old nor ever will be.....” Currently the largest and most potent military by far is that of the USA. So this is either a reference to American military power in the Last Days, or to a military alliance greater than that of the United States. Well, you probably know that Russia and China signed a sweeping treaty agreement a couple of years ago. This agreement pledged cooperation between the two giant nations both militarily and economically. Only time will tell whose military this is referring to in Joel's prophecy, but a Russia-China alliance is a distinct possibility.

In the closing verses of the Book of Joel he wrote: “Proclaim this among the nations: Prepare for war! Rouse the warriors! Let all the fighting men draw near and attack. Beat your plowshares into swords and your pruning hooks into spears. Let the weakling say, 'I am strong!' Come quickly, all you nations from every side, and assemble there. Bring down your warriors, O Lord.....The sun and the moon will be darkened, and the stars no longer shine. The Lord will roar from Zion and thunder from Jerusalem; the earth and the sky will tremble. But the Lord will be a refuge for his people, a stronghold for the people of Israel.” (Joel 3, verses 9-11, 15-16)

As you can clearly see, there in nothing ambiguous at all about this passage of Scripture. This is about as blunt and direct as you can get. Notice, too, all the armies of the world are gathering around the nation of Israel. As I wrote earlier, the only way this could occur would be for Israel's main ally, the USA, to be taken out of the picture completely. This doesn't necessarily mean the US will cease to exist, but it will be unable to respond to Israel's cries for help. This is ominous for America, to say the least. This also means Israel will be effectively isolated strategically, militarily and economically. “Prepare for war! Rouse the warriors! Let all the fighting men draw near and attack.” Israel is strategically situated at the junction between the Middle East, Africa and Europe, facing the Mediterranean sea. Moreover, one of the world's largest deposits of oil and natural gas were found a few miles off Israel's coast back in 2015, making Israel energy independent just like most of the other Arab countries with large oil and gas deposits.

“Let the weakling say, 'I am strong!'” Everybody wants to get in on this future war, even some of the smaller countries (like Syria, Lebanon and Yemen, maybe?). Why? Because there is no one to oppose them, since Israel's primary ally, the United States, is evidently no longer in the picture. “Come quickly, all you nations from every side, and assemble there. Bring down your warriors, O Lord...” Hurry up, there's no time to waste! All you various armies, take your positions and prepare for the order to attack! Strike now while the iron's still red hot! But what does the next sentence say? “Bring down your warriors, O Lord.” You want to fight with God, do you? OK, bring on your soldiers and God will bring forth his. That is precisely what the prophet Joel was saying here. This battle between the forces of good and evil, of God and Satan, is likely a reference to the Battle of Armageddon that is prophesied in Daniel chapter 12, Revelation chapter 19 (not Rev. 18, that's another battle), and other places.

“The sun and the moon will be darkened, and the stars no longer shine. The Lord will roar from Zion and thunder from Jerusalem; the earth and the sky will tremble. But the Lord will be a refuge for his people....” What would cause that to occur, not being able to see the sun, moon and stars? What would blot out the sky both day and night? More smoke and soot than any of us could imagine, most likely. I can only think of 3 things that could produce that much smoke and soot to the point of nearly blotting out the sun and moon, while rendering the stars invisible at night. Every night, in such an event, would be like a new moon. Either a massive volcanic eruption, or the earth being struck by a comet or meteor, or the fires of World War Three – those are the three main things I can think of that would cause such a calamity as that. Any of the three possibilities based on today's scripture I have just named would be catastrophic. For any of us to fail to heed these warnings that are in Bible prophecy – and Bible prophecy is right 100% of the time – would be equally catastrophic. Remember, this isn't just my opinion, I'm taking this message right straight from the Bible. Be sure and receive this message the same way. Shalom....
Posted by The Progressive Christian Blog at 4:38:00 PM