Trump's American Empire, His Big Mouth, and the Bible: a Study In Contrasts

President Trump's Christian Supporters Would Get
Offended If I Told Them What Was Really In the Bible
by Rev. Paul J. Bern
If this is not displaying well, click here! :-) 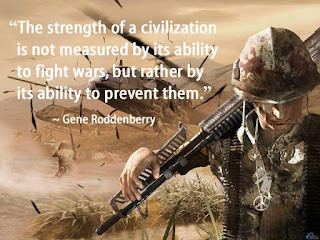 I met a man not too long ago who insisted that the King James Bible is the only legitimate version of the Bible available. As far as he was concerned, all other versions currently in print, including my NIV, NLT and Amplified Bibles were “not from God”. I don't care to elaborate on this much except to say that I don't agree with such an egocentric viewpoints as that. All I can do is pray for that man, because there will be no egocentric people in heaven! But I'm using this example to make the point that there are a lot of conservative right-wingers like that individual who have some views about the Bible and Christianity that are totally inconsistent with Scripture. Since these people's beliefs are in fact totally inconsistent with Scripture, then the question becomes why do religious extremists on the right (and Christianity has lots of them just like the Muslims do) get away with proclaiming what Jesus would or wouldn’t support (such as endless wars and inequality)? The answer is simple: Most conservatives have not read the Bible. Not even once! Of the ones who do, an overwhelming number of Christians are astonishingly illiterate when it comes to understanding the Bible's teachings.


On hot-button social issues, from same-sex marriage to abortion, Biblical passages are invoked without any real understanding of their context or true meaning. What America needs is Christianity without the dogma, and faith without the spiritual pollution of conservative politics. Nondenominational Christianity, with the 2 greatest commandments of Jesus Christ (see Matthew 24, verses 34-39) being first and foremost – and viewed from a nonpolitical perspective – would be far closer to what Jesus originally taught than the ultra-conservative slant being espoused all over the right-wing media today (and a heck of a lot of 'churches'!). That's why it's vital as we live in these Last Days to help the helpless whenever possible. In so doing, we become ambassadors for Christ while living our lives in complete accordance with God's will instead of our own. It surprises me how little many 'Christians' know about what is still the world's most popular book!


So how much do secular Americans know of the book that one-third of the country believes to be literally true (like I do)? Various surveys that I pulled up on the Internet show that 60 percent of Christians can’t name more than five of the Ten Commandments; 12 percent of adults think Joan of Arc was Noah’s wife; and nearly 50 percent of high school seniors think Sodom and Gomorrah were a married couple. A 2013 Gallup poll showed 50 percent of Americans can’t name the first book of the Bible, while roughly 82 percent believe “God helps those who help themselves” is a biblical verse. So, if Americans get an F in the basic fundamentals of the Bible, what hope do they have in knowing what Jesus would say about endless wars, the decimation of labor unions, unfair and illegal taxation, universal health care, and Snap benefits? It becomes easy to spread lies when no one knows what the truth is.


I think that's probably why the 'Christian Right' is constantly re-branding Progressives and those on the Left – who want free public higher education, Medicare for all and wealth redistribution – into traitors to their country or party just because they disagree. The truth, whether conservatives like it or not, is not only that Jesus was a meek and mild liberal Jew who spoke softly in parables and metaphors – except when He threw the money changers out of the Temple in Matthew 21, verses 12-13. But, when one reads down a couple more chapters in any of the 4 Gospels, it was the religious conservatives (the Pharisees and Sadduccees) who had Jesus killed! The fact that He rose again on the morning of the third day tells me everything I need to know about Jesus' view of political conservatives. American conservatives, however, have morphed Jesus Christ into a muscular macho warrior, in much the same way the Nazis did with Hitler, as a means of combating “terrorism”, which has become a synonym for American world domination.


Knowing the Bible requires a contextual understanding of authorship, history and interpretation. For instance, when Republicans were justifying their cuts to the food stamp program back in 2013, they quoted the 2nd book of Thessalonians: “Anyone unwilling to work should not eat.” One poll showed that more than 90 percent of Christians believe this New Testament quote is attributed to Jesus. It’s not! This was taken from a letter written by Paul to his church in Thessalonica. Paul wrote to this specific congregation to remind them that there were too many people in the congregation that were freeloading off that church. Only a few were doing all the work and making the majority of the financial contributions, and everybody else was just hanging around for the free food (see 2nd Thess. chapter 3, verses 6-15). What Paul did say is that anyone too lazy to work shouldn't expect anything at dinner time, and that's just common sense, not politics.


What often comes as a surprise to your average Sunday wine-and-cracker Christian is the New Testament did not fall from the sky the day Jesus ascended to Heaven. The New Testament is a collection of writings, 27 in total, of which 12 are credited to the authorship of the apostle Paul, four to the Gospels (Luke also wrote the Book of Acts), and the balance with the remaining apostles. What we do know about Jesus, at least according to the respective gospels, is that Jesus’ sentiments closely echoed the social and economic policies of the political left in the 21st century. The Beatitudes from the Sermon on the Mount in Matthew chapter 5 read like a Progressive Christian mission statement: “Blessed are the poor, for theirs is kingdom of heaven,” “Blessed are the meek, for they shall inherit the earth,” and “Blessed are the peacemakers, for they will be called 'Sons of the living God'.” Jesus also said, “Judge not, or else you shall be judged, for you who pass judgment do the same things yourselves”, and “Sell what you have and give it to the poor, so you can have treasure in heaven” (I'm paraphrasing here). Sounds an awful lot like wealth redistribution to me, a societal woe that urgently needs to be addressed if ever there was one. So when Republicans, our current president included, accuse president Obama and Progressives like myself of being brown-skinned socialists who wants to redistribute the wealth, they meant Jesus, who they would surely crucify if he were to return today!


Biblical illiteracy is what has allowed conservative wing-nuts like president Trump to get away with shaping their image to resemble that of Jesus, like Washington is doing us a great big favor by being in charge. That's why politicians on the right can get away with saying 'the Lord commands' that our health care, criminal justice, public schools, retirement pensions and transportation systems, together with all the rest, should be run by corporations for profit. When the Christian Right believes it’s channeling Jesus when they say it’s immoral for government to tax billionaires to help pay for health care, education and the poor, they’re actually channeling atheism. When the likes of Rush Limbaugh, Bill O’Reilly and “the real Alex Jones” insist the poor are worthless, immoral and lazy, that’s not Jesus, it’s atheism! It's impossible to love God while simultaneously despising his creations! The price this country has paid for biblical illiteracy is measured by how far we’ve moved toward atheism’s “utopia”. In the past three decades, we’ve slashed taxes on corporations and the wealthy, destroyed labor unions, deregulated financial markets, eroded public safety nets, and committed to one globalist corporate free-trade agreement after another. With the far-right, Republican-appointed majority on the Supreme Court ruling in favor of the Koch brothers' Citizens United, the flow of billions of dollars from anonymous donors to the most reliable voting bloc of the Republican Party – the Christian Right – will continue to perpetuate the Biblically incompatible, anti-government, pro-deregulation-of-business, health-care-for-none-but-the-rich, Tea Party American version of Christianity, and I for one have had more than enough!!