Las Vegas and the Bible: an Indictment of American Culture

Why We Have Guys Like Stephen Paddock and
Incidents Like the Las Vegas Shooting: a Spiritual Diagnosis
by Pastor Paul J. Bern
To view this in any browser, click here! :-) 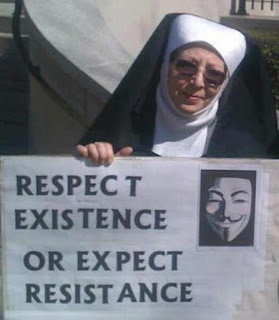 All week long, everyone has the same question, especially the police at the local, state and federal levels – why? Why did this man kill 58 people and wound or maim 500 more? What motivated this seemingly mindless mass slaughter? A shooter's reasons, however sick and twisted, usually become clear within a day or two. A suicide note, a manifesto, a series of social media rants, a phone call – even police reports and court dockets can provide insight into what drives a warped mind to commit such a violent act. Usually, someone close knows something or realizes, in retrospect, that they missed the warning signs. But 64-year-old Stephen C. Paddock flew low under the radar. He avoided interaction with many of the people around him, and his manner was direct and brusque by all accounts. He was known to stay up all night gambling, but it was as if he was the only reveler at his own party.


Clark County Nevada Under-sheriff Kevin C. McMahill seemed almost apologetic Friday afternoon when he told reporters that despite running down some 1,000 leads, investigators still haven't come up with "credible information" concerning Paddock's motive. Chasing down all those leads "helped create a better profile into the madness of this suspect," McMahill said, but "we still do not have a clear motive or reason why." The previous evening, Sheriff Joe Lombardo summed up the mystery man this way: Paddock "spent decades acquiring weapons and ammo and living a secret life, much of which will never be fully understood." But I maintain that much of the mystery surrounding Mr. Paddock's can be cleared up. What Sheriff Lombardo was lacking, along with most, if not all, of the other investigators, was a Bible. Let me give you a few examples of what I mean.


“You shall not murder....” (Exodus 20: 13). That's the most obvious example, but there's more than just this alone. “The commandments, 'Do not commit adultery', 'Do not murder', 'Do not steal', 'Do not covet' and whatever other commandment there may be, are summed up in this one rule: 'Love your neighbor as yourself.' (Lev. 19:18) Love does no harm to his neighbor. Therefore love is the fulfillment of the law.” (Romans 13, verses 9-10) Based on these verses we can conclude that Mr. Paddock was either a person completely devoid of love, or he had completely suppressed all his capacity to love. Yet he had the presence of mind to get his lady friend out of the country with a cool 100 grand before carrying out this diabolical plot of his. I'm no psychiatrist, but it appears Mr. Paddock made a conscious effort to turn off that part of his brain. This is the same as selling one's soul to the devil, as it is written: “Jesus said to them, 'If God were your father you would love me, for I came from God and now am here. I have not come on my own, but he has sent me. Why is my language not clear to you? Because you are unable to hear what I say. You belong to your father, the devil, and you want to carry out your father's desire. He was a murderer from the beginning, not holding to the truth, for there is no truth in him. When he lies, he speaks his native language, for he is a liar and the father of lies.'” (John 8, verses 42-44)


The law enforcement folks, as I wrote at the beginning of this week's message, are still asking 'why?' everybody was so clueless about this mad assassin. The FBI reportedly has interviewed Mr. Paddock's girlfriend, who evidently flew back to the US from the Philippines at her own expense, or I should say Mr. Paddock's, since she undoubtedly had a credit or debit card from Mr. Paddock to defray her expenses, and she apparently knew nothing of her late boyfriend's intentions. But the words of our Lord and Savior are very clear: “You belong to your father, the devil, and you want to carry out your father's desire. He was a murderer from the beginning, not holding to the truth, for there is no truth in him.” Remember when the press and the police interviewed Mr. Paddock's brother? He said at least twice during the interview, “He had no affiliations of any kind, especially not churches, so I can't imagine what made Steven do this!” So we now get a clearer picture of this man. Though no one is born a murderer, this guy Mr. Paddock evidently turned himself into one gradually, over the years, until he became a cold-blooded killer. He did this to himself, and it appears he did it on purpose. It was a conscious effort on his part. Steven Paddock consciously turn himself into an atrocity so he could commit atrocities, and evidently for sport. In short, Mr. Paddock rented that Las Vegas hotel room because he was going on safari, and his game was human beings. I realize writing this the way I'm doing is not politically correct. I'm not trying to be politically correct. What I am doing is explaining the mass shooting in Las Vegas in Biblical terms.


This all started back in 1962 when the USA took prayer out of her public schools. Stephen Paddock would have been in the fifth grade at that time. Seven years later in 1966, America had its first mass shooting. On August 1, 1966, Charles Whitman, a former U.S. Marine sharpshooter, took rifles and other weapons to the observation deck atop the Main Building tower at the University of Texas at Austin, then opened fire on persons indiscriminately on the surrounding campus and streets. Over the next 96 minutes he shot and killed fifteen people (including one unborn child) and injured thirty-one others; another victim died in the hospital, and a final victim died in 2001 from the lingering effects of his wounds. The incident ended when police reached Whitman and shot him dead. Mr. Paddock would have in the 11th grade at that time, and he was surely affected by this incident. It may have even planted the seeds in his mind for the Las Vegas mass shooting decades later. But the US Supreme Court banned public prayer in all government buildings – not just schools – due to the Constitutional separation of church and state. Unfortunately for America, this ban has been taken too far.


It was 27 years later, in 1999, when America suffered her first mass shooting in a school, Columbine High School in Colorado. That's what happens in just one generation when God and his Son, Jesus, together with the Holy Spirit, are forcibly removed from our nation's schools. You wind up with a bunch of godless, atheistic kids without a conscience – or who can willfully turn theirs off and back on again without remorse, since the end always justifies the means to such people. That's exactly what Stephen Paddock turned into, and in his case it was clearly voluntary. And why did this occur? There we are, back to the original question yet again. Yet the answer has been staring us right in the face the whole time. We kicked God out of our lives. The ban on prayer in schools back in 1962 was passed with the lobbying of Congress from just a few individuals from the O'Hare family of Pittsburgh, Pa., and later Austin, Texas, a mother (Madelyn) and her two sons. The rest of America sat back and let this happen. America's churches sat on their hands. Their pastors, bishops and elders railed against the prayer ban from their pulpits, but when the sermon was over, everyone went home to their black & white TV's. There was some public protesting of the 1962 prayer ban, but not nearly enough! Even back then, people would rather sit and watch television, voluntarily surrendering their brains to an electronic box. They then proceeded to shut off their consciences so that they wouldn't be bothered no matter how much violence they were looking at. These plastic religious people would rather be entertained than get out in the streets and protest against evil!


So, when you spend the last two generations removing all semblance of prayer or the mention of God, and especially of Jesus, from a society, that society immediately begins to drift away from God. When this was done in America's schools, we programmed an entire generation against the knowledge of God. We have been drifting morally as a nation for well over half a century at this point, and this is what you get, America! We have done this to ourselves, and we have no one but ourselves to blame. America has forgotten about God! Gun control is not the answer, although mandatory gun registration should be the law of the land. We have similar laws on the books today, but they have too many loopholes. But more than that, we have to put God back in America's schools if we want to remove the potential for violence. We must allow the love of Christ Jesus to return to our governing bodies and educational system. Otherwise, our 'society' will ultimately break down. Last but not least, we need to clean up the violence on America's TV and movie screens and from the video games you and your children are playing. Turn off your cable TV and stream Christian content on the Internet instead. Get a lot pickier about what you – and especially if there are kids in the house – watch on TV or what video games you're all playing. There's an encyclopedia of subliminal messaging contained in those TV shows, commercials and video games – even in movies – that's designed to program people's minds. That could be what happened to Mr. Paddock, but it's likely no one will ever know for sure.


Stephen Paddock, and his predecessors Dylan Klebold at Columbine High and Charles Whitman at UT Austin, were godless human beings, and godlessness leads people to commit atrocities (sorry, but the word 'tragedy' just isn't strong enough). Here in America, it happens most often with guns. In Europe and the Middle East, where gun control is very strict, bombings are the weapon of choice for those who have surrendered willingly to Satan to willfully commit mass murder. In all these cases, as best as I can tell, these individuals had willfully turned off their consciences in order to commit these crimes and atrocities. There is no other explanation. The solution is to address the source of the problem, which is our nation's schools and the way children are being educated right from Day One. Insert the Prince of Peace into our homes and schools and we will know peace. No Prince of Peace equals no peace.

Posted by The Progressive Christian Blog at 1:42:00 PM