How much more violence is America supposed to take?

Our Leaders and Our Media


Keep Us in the Dark, Living in Fear
by Pastor Paul J. Bern
For a website view, click here :-) 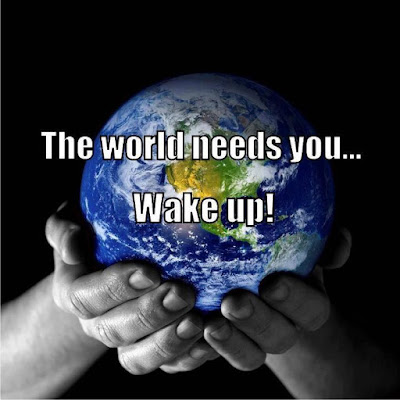 The mailing of pipe bombs to various persons in positions of leadership has been in the headlines all week. The one thing that all the recipients of those 'deadly' packages had in common is they were all vocally anti-Trump. If those 'bombs' were as deadly as the FBI claimed, at least one or two would have hit their mark. Days later, and with the alleged perpetrator now in custody, this event is beginning to look more like another FBI-engineered false flag operation. Granted, the perpetrator's fingerprint was found on one of the packages, but it's doubtful he acted alone. As skepticism mounts on the part of the American public, the Deep State operators inside the Beltway and the Lame Stream Media are finding their credibility evaporating before their very eyes. At long last, the operators behind the US military-industrial complex are being exposed. There is no place left for them to run for cover. The Deep State is reaping the consequences of all their false flag operations and clandestine activity.


We live in an extremely violent, and I would argue dangerous, society. Every day we hear or read about unarmed civilians being shot and killed by law enforcement. The overwhelming majority of these victims are Black, meaning America has still not come to terms with issues of racial equality and the elimination of hate from the American psyche. We live in a country that is the world leader in gun and ammunition manufacturing, the world leader in incarcerated individuals – the majority of whom are there for nonviolent drug offenses – and the world's leading producer of pornography. The American population is the world's largest consumers of opiate drugs and other dangerous street drugs like “meth” and crack cocaine. The ingredients for those opiate drugs come from the poppy fields of Afghanistan, which are conveniently being guarded by American troops. That's the real reason they're there.


We are bombarded with violence on every side – shootings in schools, workplaces, churches, bars and night clubs, and other random acts of violence that are without rhyme or reason. Children are kidnapped, not to be held for ransom, but to be sold as sex slaves or to have their organs harvested, sometimes while they are still alive. We have violence on TV, in the movies, and especially in many of the video games we play. And so, when violence happens in real life, it naturally startles many people. This is exactly what our government is counting on. A lot of the violence is home grown, of that there can be no doubt. But nearly as much of it is 'black-ops' type stuff orchestrated by the FBI, CIA, or other alphabet soup agencies. But the prophet Ezekiel wrote nearly 3,000 years ago: “This is what the Sovereign Lord says: 'You have gone far enough, O princes of Israel'! Give up your violence and oppression and do what is just and right. Stop dispossessing my people, declares the Sovereign Lord.'” (Ezek. 45: 9)


In Europe (particularly Great Britain) and the US, the public is being fed a pack of lies by politicians and the mainstream media about the situation in Syria, just as it has been with other military adventures over the past decades. The majority of westerners don’t have a clue about what is really happening. They are unaware that Syria forms part of the greater game in the region. They fail to see the links between Egypt, Syria, Pakistan, Yemen, Somalia, Libya, Afghanistan, Iraq and Iran, which are all part of a Washington-led wider geo-political strategy hell-bent on global domination and controlling the world’s mineral resources. This includes its pipeline routes, the revenues from which are crediting the accounts of western financiers and oil, armaments and logistics companies. Too many remain confused or ignorant thanks to duplicitous politicians and the compliant corporate media. To make matters worse, the lack of awareness of many is due to simple laziness on their part. It's up to them to fix that, and to work that out between themselves and the Lord.


The public cannot know the true scope of the reality. They will not be allowed to know, or at least for as long as the powers-that-be can get away with it. We are being treated like mushrooms, kept in fear and in the dark and fed nothing but crap. Too many allow themselves to be deceived by politicians and the media that churn out increasingly tired-sounding cliches about a 'war on terror' or a 'humanitarian crisis' to justify militarism's murderous brutality. And the result is that too many people accept the lie that rag-tag forces made up of vicious, faction-ridden fighters, illegally armed by NATO terror governments and unelected regimes in Saudi and Qatar, are fighting for freedom and democracy. Those forces and nations wouldn’t recognize freedom and democracy if they were hit in the face with it. The very idea of giving any power to the people is anathema to them. That’s why they seek to crush that out of existence as soon as it appears.


That applies whether it appears within the borders of the US, Britain or Saudi Arabia, or elsewhere in places that are of strategic importance to them. The US track record of crushing democratic governments is well documented by the likes of Noam Chomsky, Chris Hedges and historian William Blum. And look no further to see the attacks on Wiki Leaks, the Occupy, or Black Lives Matter Movements to see how democratic movements are treated at home. Look no further to see how democratic workers’ movements that took hundreds of years to build in Britain and elsewhere, and for the last 100 years here in the US, and in Europe are under sustained attack. Giving the people the opportunity to vote every four or five years, while in the meantime deceiving, misinforming and lying to them, has no more to do with democracy or freedom than what is happening in Syria right now.


If more ordinary folk were to turn their attention away from glossy sports events, cheap Sunday morning political debate, bogus reality shows, talent contests or all other forms of comatose infotainment on our TV's for one minute, they might well realize that the billionaire criminal elites that take their taxes and dictate national and foreign policy are in many cases a good deal worse than any number of the regimes they seek to demonize.
Posted by The Progressive Christian Blog at 11:34:00 AM