Wisdom, Trump, Kanye and the White House: Why the Latter Needs More of the Former 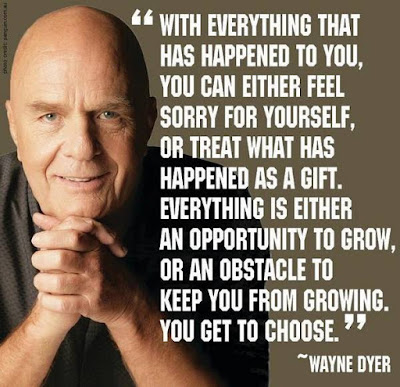 One of the primary purposes of this weekly blog of mine is to juxtapose current events with the Bible in an effort to derive some truth and teach some life lessons for the mutual benefit of all my viewers. As I write this I have a total of just over 10,000 followers, with a decent percentage (it fluctuates) of those actively engaged at any given time. In keeping with this 'tradition' of sorts, I will once again endeavor into recent occurrences in an effort to share some useful nuggets of truth. This week, my topic will be the meeting in the Oval Office between Kanye West and President Trump. I'm not going to bother commenting on anything that Mr. West said. By now, everybody has already seen and heard what “Kanye” said and how he said it. Suffice it to say he didn't present himself very well. Not only that, he didn't represent his Black brothers and sisters very well, either.

I do recall at one point where I heard Mr. West say he had once been diagnosed with bipolar disorder, but that he had sought other forms of treatment instead. Speaking as a man who is in my 9th year of being in recovery from a bipolar diagnosis, I would respectfully advise Kanye West to return to whomever told him that and seek his or her counseling. Whether he agrees with that therapist or not has nothing to do with how beneficial therapy may be for him. That's all I care to say, since I am not here to judge Kanye West. What I am here for this week is to shed some light on something we all need more of – wisdom! There is no such thing as someone who does not need any more wisdom. Such an individual would be a complete idiot to think that. Not only that, but people who have stopped learning have effectively died already. Even though they walk around, eating, sleeping, breathing and talking, they are already dead because they are reacting to life instead of living it.

I do not blame anyone who has these kinds of issues that they must deal with, and that includes Kanye and myself, by the way. I take medicine daily to control my symptoms, and it works reasonably well. Mr. West would do well to consider doing the same as myself, based on what little I've seen of that Oval Office meeting this past week. I maintain that the reason people sometimes say and do seemingly irrational things is because of the way we were educated. It's not all their fault! By all accounts America has a failing public school system, although to be fair there are notable exceptions to this. Too many people today lack wisdom while failing to realize it. I'm certainly no genius myself, so I will use the Bible to point out some authentic, God given definitions of what real wisdom is supposed to look like.

1) “Does not wisdom call out? Does not understanding raise her voice? 2) At the highest point along the way, where the paths meet, she takes her stand; 3) beside the gate leading into the city, at the entrance, she cries aloud: 4) “To you, O people, I call out; I raise my voice to all mankind. 5) You who are simple, gain prudence; you who are foolish, set your hearts on it. 6) Listen, for I have trustworthy things to say; I open my lips to speak what is right. 7) My mouth speaks what is true, for my lips detest wickedness. 8) All the words of my mouth are just; none of them is crooked or perverse. 9) To the discerning all of them are right; they are upright to those who have found knowledge. 10) Choose my instruction instead of silver, knowledge rather than choice gold, 11) for wisdom is more precious than rubies, and nothing you desire can compare with her.” (Proverbs 8, verses 1-11)

Now you can all see what I mean about Kanye West, President Trump, stupid TV shows and everything else that goes with them. All these people and current events are the result of a completely backward educational system, where everyone thinks they have to go and get knowledge imparted to them by some third party they don't even know! Going to an educational institution is the opposite of what the Bible says: “1) “Does not wisdom call out? Does not understanding raise her voice? 2) At the highest point along the way, where the paths meet, she takes her stand; 3) beside the gate leading into the city, at the entrance, she cries aloud: 4) “To you, O people, I call out; I raise my voice to all mankind.” While there is certainly nothing wrong with wanting to obtain knowledge – internet use is a good example – obtaining wisdom is not the same process. Wisdom can oftentimes come and seek us through the life lessons we learn along the way. This is sometimes called “the school of hard knocks”. Those who learn their lessons the hard way often turn out to be the ones who benefit the most from the lessons learned.

“10) Choose my instruction instead of silver, knowledge rather than choice gold, 11) for wisdom is more precious than rubies, and nothing you desire can compare with her.” Life lessons are worth more than 1,000 bachelor's degree's. Period – end of story! And if this is not enough evidence to prove my point, then good!! I will take it upon myself to serve up another scrumptious chunk from the following chapter in the Book of Proverbs.

“ 3) She has sent out her servants, and she calls from the highest point of the city, 4) “Let all who are simple come to my house!” To those who have no sense she says, 5) “Come, eat my food and drink the wine I have mixed. 6) Leave your simple ways and you will live; walk in the way of insight.” 7) Whoever corrects a mocker invites insults; whoever rebukes the wicked incurs abuse. 8) Do not rebuke mockers or they will hate you; rebuke the wise and they will love you. 9) Instruct the wise and they will be wiser still; teach the righteous and they will add to their learning. 10) The fear of the Lord is the beginning of wisdom, and knowledge of the Holy One is understanding. 11) For through wisdom your days will be many, and years will be added to your life. 12) If you are wise, your wisdom will reward you; if you are a mocker, you alone will suffer.” (Proverbs 9, verses 3-12)

Let's not forget that these are the words of King Solomon of Jerusalem, son of King David, and the wisest human who ever lived besides Jesus Christ, who was half God and half man. Now let's be honest, everybody has made mistakes in life that were real whoppers – I'm certainly no exception! But what did Solomon say about this? “To those who have no sense she says, 5) “Come, eat my food and drink the wine I have mixed. 6) Leave your simple ways and you will live; walk in the way of insight.” Very few people are born geniuses. Albert Einstein was one, Stephen Hawking was another.

And yet to those who seem to have no sense at all, such as this past week's Oval Office meeting between Kanye West and President Trump. There is a solution for all those people who won't read it, or who don't believe in it. All they have to do is read the Bible for themselves. Never mind what you've heard from some televangelist who says you owe God 10% of your paycheck. I'm writing about some real, authentic wisdom. President Trump says he reads his Bible and he self-identifies as Christian. I hope Trump knows better than to lie about that.

Somewhere along the way, a lot of people seem to have gotten the idea that reading the Bible is really dumb, or just plain bad or otherwise offensive, or 'politically incorrect'. But the following verses define the problem very well indeed. “7) Whoever corrects a mocker invites insults; whoever rebukes the wicked incurs abuse. 8) Do not rebuke mockers or they will hate you; rebuke the wise and they will love you. 9) Instruct the wise and they will be wiser still; teach the righteous and they will add to their learning.” There are those people in life who perceive this issue and resolve to do something about it. And then there are those who mock, harass and bully those who are trying to better themselves. They are verbally abusive and relentless in hounding people whom they love to hate. That's why they're called 'bullies'.

One thing is for sure – it's plain to see that our Bibles can be used as a tool to determine who our real friends are. If they mock your beliefs, do not hesitate to correct them. If their mockery gets all the worse and they are people you know, you might as well cross them off your 'friends' list and delete them from your social media. They are not your friends, they are there to work against you. But if we rebuke the wise, they will love us for it. So, never be afraid to rebuke someone if they get too far out of line. It will gain you new friends, while forcing your enemies out into the open.

“10) The fear of the Lord is the beginning of wisdom, and knowledge of the Holy One is understanding. 11) For through wisdom your days will be many, and years will be added to your life.” Fear of the Lord, isn't that what it says? Does that mean we're all expected to be running around like delinquent children, trying to evade horrible punishment from some angry-as-hell God? No way, nowhere near that, in fact. While “fear of the Lord” can be the expectation of punishment for doing wrong, in the original translations this actually reads as counting on the benefits of doing right. Because, and this is what the mockers can't seem to understand, the benefits of doing right outweigh the “benefits” of doing wrong. One may well be able to get ahead for the short term by doing wrong – that is, turn a quick profit – but the long-term consequences can outweigh the benefits by a long shot.

America has reaped the benefits of scrambling for the profit motive. We've become the richest country in the world, but to me this rings hollow because of the means we have used to obtain the gains received. Our penchant for greed and for gain has left us with a debt-based economy that has run its course. The entire world is soaked in debts it cannot repay. When the economic crash comes, and it will be fairly soon, we will have deserved every bit of loss that we sustain. And it's all because we've lost all touch with wisdom.

Posted by The Progressive Christian Blog at 12:30:00 PM