These rigged elections are the last straw. Should we go on strike?

Should The American People Go On Strike?
By Rev. Paul J. Bern 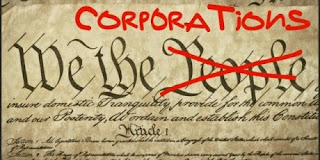 Osama bin Laden has been dead for about 4 years by now, maybe more. Meanwhile, ever greater numbers of our senior citizens are living into their 100's. America evidently is having an obesity epidemic, while 50,000 children ages 5 and under die from starvation globally each year. Imagine your child, grandchild, niece or nephew, and then multiply that by 50,000, and you get an idea of the scope of the problem. There's life and death, positive and negative, good and bad in all kinds of folks, circumstances and situations. One priest saves lepers, another abuses altar boys; one Nazi ran the ovens at Auschwitz while another hid the Jews, saving them from certain death (remember a movie called “Schindler's List”?). And when we marvel at those contradictions we have a ready explanation. There's good and bad everywhere, in all races, nations, and societies. We have yet to bridge our differences in race or culture or nationality or faith, but at least we can all agree on that simple truth while we continue to work on all the others.


We live in a 'George Jetson'-like time of instant communication, jumbo jets, digital TV and all that goes with it, social media and even (thank God!) this blog, where I can pass on to everyone what God has put on my mind and heart in the hopes of helping someone, somewhere, somehow. Nations are beginning to blur; races, ethnicities and various nationalities are mixing, our globe has shrunk to an overheated marble, yet the world seems more fractured than ever. So much divides us. What unites us? Religion? It could, but having a personal relationship with Jesus Christ unites us all under his holy banner, meaning that Jesus, not religion, is the answer for me. The maximum number of plausible Gods is one (all you atheists may simply skip this sentence) as far as I'm concerned. Yet we've been waging wars for millennium over what to call Him and whether he wants his picture shown or not. But while religions can't agree on God, they're remarkably close when it comes to people. There is near universal agreement on what makes a good person.

Be kind to people, treat your neighbors well, be hospitable to strangers, love one another, live honestly, and a dozen other virtues seem to comprise some universal truth about humanity. And all societies agree on them. It's as plain as daytime in the Bible. Humankind has been speaking those words since the first philosopher carved cuneiform into clay. We must have an instinctive sense of goodness instilled into us, because we are not born that way. We also agree on what makes a bad person: The murderer, the rapist, the traitor, the manipulator, the cheat, the bully, the taker, the liar, the thief. “Do for others what you would like them to do for you. This is a summary of all that is taught in the law and the prophets” (Matt. 6:12 NLT) We know who we are. We don't like to hurt people. We try not to cheat, lie and steal and we're ashamed of ourselves when life drives us to those ends because we have a conscience. We believe in peace on earth and goodwill towards men. And for ten thousand years we've let the bad people push us around and tell us what to do and to whom to do it. We've let them because they were bad enough to make us and we were too soft to stop them until they did terrible damage – until they simply had to be stopped, usually involuntarily.

Bad people are very hard to ignore. You can't avoid a bad person if he or she happens to be your boss at work, for example. And that happens a lot, because bad people seem disproportionately to occupy corner offices. They're the bosses, and they know how to play the cold-hearted, cynical game of office politics. That can be rough on you if you work with them (been there, done that). But bad people also know how to play the high-stakes game of national politics, and that's rough on the entire population. Bad people hate, and they convince ordinary good people to hate the same things. Oh sure, there are always a few saints who rise above the evil that bad people do, and they usually die for it. We know about them posthumously from the Bible, starting with Jesus himself, and then with 11 of the 12 apostles, followed by the stoning of Steven in Acts chapters 6-7, plus part of chapter 8.

But those weren't good people, they were great people, and we can't count on them all the time because they don't come along every day. But there are always plain old good people around, because there's good and bad in all kinds. And so this is a call to arms for good people everywhere! We have to stop following the bad people immediately. Without us, bad people have little power, they're merely annoying. Good people everywhere, I'm speaking to you even as you read this. We need to go on strike against the bad people! Let's tell the bullies and haters to leave us alone, because we don't want to have to kill any more of them. After all, that's what it takes to stop one of them. Let's laugh at their rigged economy and crooked government, reject their poisoning our environment and pumping up our kids with drugs they mostly don't need, and refuse to be provoked by their aggression. Let's tell them we won't play their deadly games anymore; let's tell them it's over! We're not sending our sons and daughters off to fight their wars anymore. We're not going to tolerate any more FBI and CIA-instigated false flag terror attacks in our cities, such as what happened in Orlando last week (it turns out at least 4 or 5 of the Orlando shooting victims, up to as many as 10 or 12, were actually shot outside the club while the shooter was still inside. Hmmm...). Don't forget, these are agent provocateurs for the same people that assassinated the Kennedy brothers and Rev. Dr. King. These are the same people who've been slowly poisoning us and our kids by fluoridating our nation's water supply for the last 75 years. If the Dark Side, Satan and his forces of evil, will do this to our nation's finest, what do you think they would do to you if you gave them the chance? Or if they took it upon themselves to come after you or your assets, such as a law enforcement or IRS operation? The average American stands a better than even chance of being killed by the police in such situations!

Maybe what we should do is give all these gun-toting, war-mongering (war mongrels?) maniacal psychopaths a large island or land mass somewhere so they can fight it out to their evil hearts' content. Eventually they will all kill each other off, and die enjoying doing so. Let's see, I'm thinking Siberia, Antarctica or maybe Greenland if it's not too small. But you know, it would apply even there, that pet theory of mine, in this hypothetical land of the damned. Some evil SOB would do something nice for some other evil SOB, probably without even realizing it. Because there's good and bad in all kinds of people. But when God made us he gave us all a free will – freedom to choose our own destinies. Why do I choose God when others don't? Why do I place my complete faith and trust in Jesus Christ? Because, although I could just go my own way and take my own chances, although I could call my own shots and make my own way, I choose Christ. I'd rather believe in Jesus and take a chance on being wrong about it, then I would not believe and take a chance on being wrong about that. Because if I or any of us is wrong about that, if we refuse to believe only to discover our mistake later, there is redemption and salvation in the former choice, but neither in the latter. Please devote your week to thinking carefully about this ultimate choice we must make. Where we spend eternity after our physical lives end will surely depend upon it.
Posted by The Progressive Christian Blog at 11:29:00 AM