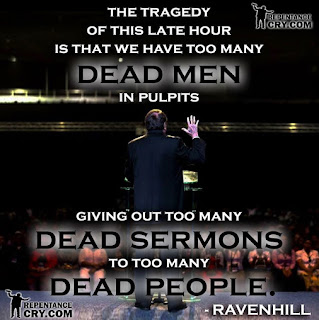 There were once two parents with a little secret. They managed carefully to hold this secret down for several years. “Santa is coming!” their children sang. “It’s almost too good to believe!” With their mouths, the parents said, “How exciting!” But with their minds, they said, you’ve got the right idea: It is too good to believe. Then one day, the children came home with tear-streaks. They knew the truth. Lots of parents don’t tell their kids that Santa isn’t real. They don't tell their kids the hard truth because they're concerned: can their kid can handle the truth? You have undoubtedly noticed that our government teats us the same way about just about everything. Like kids that believe in Santa, people believe certain things about God because that’s what they’ve always been told – or because they want them to be true. You know, like, “God is good all the time”. But eventually, plodding through the mud of life, we discover the real truth: life is hard, and not everything is as it seems. Was God good when over 1,800 people drowned during Hurricane Katrina? Is He good when somebody's child dies? No, but God allows tragedy and sorrow to occur because it is in the most difficult times that God uses our misfortunes and our tragedies to strengthen us and to build our character. In the same way, at some point as a parent, you have to tell your kid the hard truth that Santa isn't real. And at some point, as pastors, we have to tell our congregations (or our readers in this case) the hard truths about God.


1) God isn't Santa
Dr. David Pendergrass articulated this hard truth well: God is not a cosmic Santa Claus. You don’t get put on a nice list for doing the “right” things and, in turn, get whatever your heart desires from God. Whenever we feel entitled to a reward, or to “what we deserve”, we cease to view God as the King of the universe and begin to view Him as our personal Santa.

2) You Won't Always Be Healed
There is so much good in praying for healing – healing for others and healing for ourselves. And while it's true that God is able to heal, he’s not obligated to. (Click to Tweet) Think about it: if God were obligated to heal and answer every prayer of healing, no one would ever die. The hard truth is that at some point, this life will end. But that’s not the end of the story. There is hope. Our great hope is not that we won't experience death, but that death is not the end of life – it's the beginning. (Click to Tweet)

3) You Won't Always Be "Blessed"
When someone says they’re “blessed,” they usually mean that they're doing well financially or their kids are on the honor roll. The implicit suggestion is that they're “blessed” because those things have happened. Conversely, if those things weren’t true, they would not be “blessed”, or at least not by human standards. Though there was a time that “blessing” and “wealth” and “good living” were tied together, I seem to recall this lesson from a Master Teacher about 2,000 years ago: “Blessed are you when people revile you and persecute you and utter all kinds of evil against you falsely on my account." (Matt. 5:11, NRSV) Or when this same teacher’s cousin asked for Him to save his life, and He didn’t. But instead Jesus sent word in Matthew 11: “Go and tell John what you hear and see: the blind receive their sight, the lame walk, the lepers are cleansed, the deaf hear, the dead are raised, and the poor have good news brought to them. And blessed is anyone who takes no offense at me.” The hard truth is that “blessing” is not about what we have accomplished, but what God is accomplishing in & through Jesus, who resides in the hearts and minds of all who truly believe. (Click to Tweet) We're truly blessed when we are used by God for the betterment of all.

4) Church Isn't About You
It’s so easy for churches to become like country clubs. Not in the stuffy, elitist sense. But in the “church is for us” sense. It's about what we want – our preferences, our comforts. It's our little world that we control, and we determine who gets in and who stays out. But Pastor Jordan Easley says the hard truth is that church isn’t about us and our 'holy huddles'. It's about seeking and healing the lost. The church should be a refugee camp for the lost and those who are hurting. That in itself is a whole lot of people! Church is supposed to be a place where hurting people are brought in to be made well, and then sent out to bring others who are hurting back in. We weren’t brought in to simply socialize.

5) Silence is OK
Christians like the celebration of Sunday’s resurrection. After all, it's the reason Christianity exists. That said, there is great value in the silent awkwardness of Saturday – you know, the time when Jesus was in the grave, his disciples were scared out of their minds, and they all thought they had wasted the last three years of their lives backing the wrong messiah. Sometimes God is going to be silent. It doesn’t mean that you aren’t “Christian enough” or that you are somehow “broken.” It means God is being silent. And the hard truth is that silence from God is OK.

6) Christianity Isn't About a Feeling – It's About Choices
How many times have you been asked, “How can I get that fire back? I just want that awesome feeling of being connected to God!” That question usually follows some awesome spiritual experience. This question isn’t all bad – it just misses the point. When we pursue and desire the “feeling” of being on fire for God, we begin to worship that, and not God. (Click to Tweet) The hard truth is that being a Christian isn’t about getting warm fuzzies when the band is rocking, or the pastor preaches an exciting sermon. It’s about daily choosing to pick up our cross, even when we don’t feel like it.

7) There is No 3-Step Formula to Guarantee a Certain Outcome
I get it: it’s easy to help people remember and understand things by formulas and clever mnemonics. They have their place. But we must be clear: there’s no guarantee to happiness, success, a great prayer life, or anything else. The Bible doesn’t offer “a good/efficient/successful/rich life”, but “new life.” And the hard truth is that that "new life" might look different than what we might expect. We might do everything the Scriptures say and have a business fail, be poor (which is no sin), struggle with depression, and/or not become the “next big thing.” What Scripture does say is God will not leave us as orphans (John 14:18). That whatever we have to go through in life, we won’t have to go through it alone. That’s the kind of guarantee we can count on.

In closing, parents make excuses for not telling their kids about Santa – and they feel good about it. But the hard truth is this: they are lying to their kids. ? And pastors, no matter what reasons they have for not telling their people these hard truths – the end is the same: we’re lying to them. They’re going to find out eventually. The question is this: Do you want to tell them the hard truth? Or do you want them to be blindsided by it?

Posted by The Progressive Christian Blog at 1:16:00 PM