United We Stand, Divided We Fall

The Bible and the State of Political Dissent in America
by Rev. Paul J. Bern 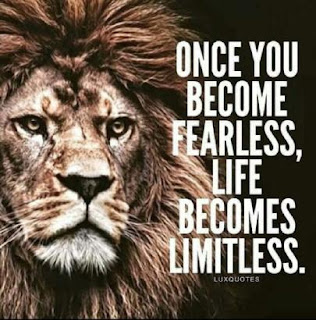 For the last few years I have been watching as political dissent has unfolded worldwide, first in form of the Arab Spring, then the Occupy and 99% Movements, and most recently the rage that has boiled over in Ferguson, Mo. and numerous other places, with the greatest of interest, maybe even fascination. I have written and published two books about these worldwide political and social movements, with more in the works (stay tuned). It is captivating to watch all of the demonstrators stand up and make their voices heard, and it is inspiring to see thousands of Davids going to battle with the government Goliaths, especially knowing that “we the people” will win again just like David did. One by one, the world's dictators and America's racial barriers are falling, and it all started with one man in Tunisia setting himself on fire. One guy! And now the civil unrest over what amounts to the extreme abuse of authority has spread all across the US, as I pointed out above. Today as I write this there are organized demonstrations or grassroots organizations in all 50 states and in Washington DC. All these protests highlight the need for authentic equality, more economic opportunity, the right to decent housing and to a living wage, the right to unqualified access to health care and higher education, and for the elimination of poverty, hunger, crime and disease. Lately this has also begun to include an end to all wars, and of the extreme abuse of power by a few firmly entrenched bigots and haters. This, my dear readers, is the stuff that really matters to real people, the ones who are caring and compassionate and who show empathy and mercy towards others by putting aside personal differences. What is needed today is more people who are focused on the needs of others, and a lot less on themselves.

In order for workers throughout the world to make the case for their right to organize without fear of reprisal, it is essential that they be completely unified. To live and work in unity means that relatively large groups can organize and demonstrate globally for the common good, particularly in matters regarding basic human rights. United we stand and divided we fall, so it is always in our best interests to stand united with a common purpose. Unity is what enabled the early thirteen colonies to throw Great Britain off the North American continent and back home to England. Unity is what repaired the United States after the American Civil War and paved the way for a reunited America that established the remainder of the 48 contiguous states by the turn of the twentieth century. Unity is what allowed America to win two world wars. We have since lost some of that unity, partly due to apathy, ignorance and fear, but largely due to being intimidated by abusive authoritarians of the US military-industrial-incarceration complex. People have become tired of getting pushed around and being told what to do by cold, uncaring political and economic systems whose sole purpose for existence is profit. Jesus himself made a timeless comment about this at the 'sermon on the mount' when He said, “No man can serve two masters. Either he will hate the one and love the other, or he will be devoted to one and despise the other. You cannot serve both God and money”. (Matt. Chapter 6, verse 24) Meaning, anyone who is devoted to the pursuit of profit despises God whether he or she realizes it or not.

In spite of all the raw greed in today's world, I have observed that many other people everywhere are finally beginning to wake up, and they're figuring out that we can get our country back from the crooked Wall Street bankers that robbed the US Treasury via the 2008 government bailout (but only after cleaning out the retirement savings of millions of innocent Americans beforehand). God has already given us the power to resist evil through the power of His Word, and so has the US Constitution and its predecessor, the Declaration of Independence. If we pray to God for this Holy Spirit power of resistance to evil, and do so believing that we will receive it while maintaining a thankful heart, He will give it to us freely. Remember what Jesus taught us? “Ask, and it will be given to you; seek, and you will find; knock, and the door will be opened to you. For everyone who asks, receives; he who seeks finds; and to him who knocks, the door will be opened.” (Matt. Chapter 7, verses 7-8 NIV) When Jesus gives, that means without limits, people. By the same token, if one will not bother to seek, ask or knock, that person should not be surprised when they find themselves destitute, homeless and hungry. Just as surely as people have united in the Arab world against tyranny, as Labor Unions and affiliated workers in Wisconsin, Ohio and Indiana stood up against the attempted liquidation of their political and economic clout, and as surely as Ferguson Mo. burned last summer, so will there be massive civil unrest right here in the United States because of the tyranny of capitalism of, by and for the very rich, and because of the tyranny of consumerism and materialism that has us all completely infiltrated! Not to mention the fact that the police these days are shooting at anything that moves. But if we don't start fighting back, we will wind up with zilch at best, or cooped up in some FEMA camp somewhere, or maybe even dead.

It is disturbing to see the apparent lack of unity that still remains in the US, particularly regarding the negative slant that the mainstream media is showing on cable TV. It makes me wonder what is happening to America? Why are we yelling and screaming at each other in town hall meetings? Why have television and radio talk shows degenerated into shouting matches? Why do hate-filled messages permeate the Internet on all sides? What has happened to us as a people? There is a poison flowing through the body politic of America, it will torpedo and sink our democracy unless the flow is shut off, and that poison's name is corruption. Those on the far-left accuse the far-right of being fascist Neanderthals while those on the far-right accuse the far-left of being heathen Communists. This kind of immature stereotyping and deliberate polarization of America threatens to tear the fabric of our country apart. Actually, the far-left and the far-right have more in common then they would ever want to admit. Both sides are absolutist in their ideology and uncompromising in their politics. They see no shades of gray, only black and white. Each side believes that they possess absolute truth and each side refuses to compromise on its beliefs. That's why I identify with neither, which is why I'm a political independent and always will be. I refuse to identify my Internet church with any church denominations for similar reasons.

What particularly troubles me in today's political environment is the level of anger and even outright hatred that is being displayed. I have been trying to figure out the source of this anger and hatred for some time now. Some of today's rabid emotionalism can be traced to old-fashioned racism but I think for many people it goes deeper than that. I would suggest that this anger and hatefulness is really a response to the fear of change. Fear is an emotion we don't like in ourselves and anger is a way of covering up our fears with an emotion that makes us feel more powerful. Anger, then, is like a drug, and like a drug it can become habit-forming. The antidote, then, is to face our fears and see them for what they are: being afraid of negative outcomes that either never happen, or that get negated by some other positive force, person or event. We live in a world where society, technology, the economy and demographics are rapidly changing and this change is deeply threatening to many people. They are frightened that the world they have known is disappearing. This deep internal fear of change produces an angered response that is directed toward an outward target such as Wall Street bankers, the government or even immigrants. We repress our fear by directing our anger toward someone or something outside of ourselves. If we want American democracy to survive, some of us need to grow up. We need to stop yelling at each other and learn to start listening to each other. Everybody can't be right about everything all of the time! We need to accept the reality of change and begin working together to find productive ways of dealing with a world that is constantly changing, and doing so for the mutual benefit of all. The needs of the many, Mr. Spock once said, outweigh the needs of the few. You see, the future in which this idyllic truism exists has already arrived.

The fact is that America has been and is built upon compromise. Our great experiment in democracy is founded upon the belief that each issue has many sides and that the most workable solution comes from a compromise that blends together many disparate views. Compromise is the glue that holds America together. Change is inevitable. It's the way the universe is constructed. The fact that time exists means that change must occur. Rather than fear change, we need to make it work for our benefit. Rather than trying to go back and trying to fix the past (why bother?), we need to work together to create a better future, to literally manufacture an entirely new world. If the American experiment is going to grow and mature, 'we the people' have to grow and mature. We have to put our irrational fears behind us and start working together as mature adults in order to deal successfully with the challenges that change presents to us, such as saving our planet and getting ample food and clean water to the 2.5 billion human beings who currently have no access to either. Those who refuse to help the most vulnerable individuals make themselves accessories to manslaughter on a global scale. What am I talking about here? Fifty thousand per day. That's how many children under the age of 12 starve to death each day globally. Fifty thousand. Those who refused to help them helped kill them all with not so much as a second thought.

It's time to refocus and to stop the childish name-calling – from the presidential primaries all the way down to you and me – and to start having rational, thoughtful discussions about the issues before us. It's time to turn away from those in the media and on the Internet who feed our fears and fuel our prejudices. It's time to start respecting each other as fellow Americans regardless of our individual differences. It's time for all of us to become part of the solution. Waiting on the government to act is pointless! Each of us must stand up for a fundamental American truth – united we stand, divided we fall. As Americans we absolutely must stand together. We must totally reject the anger and hatefulness that is dividing us and start using our God-given common sense to work together for the common good. Living in competition only grinds us down, but achieving through mutual cooperation lifts everyone up. Competition may be a good thing in the business world, but it is counterproductive for human relationships. We must either learn to live in harmony or perish. The choice is ours.

Posted by The Progressive Christian Blog at 2:21:00 PM