Ever put a nail through your hand? I've had one, but Jesus got triple that amount. 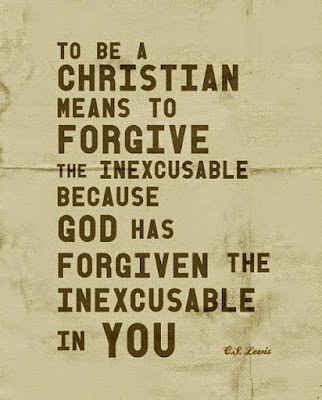 I spent an unplanned 27- hour visit to the emergency room this past week after slipping on a tarp that was laying across the ground and landing on my shoulder blades just before the rest of me came crashing down with it. I don't own a car right now, so I use public transit and the occasional “Lyft” ride to get around. But, I was on my way to rent a car that morning when all this occurred. After I got off the morning train and discovering that my bus wasn't at the station yet (when it should have been), I found myself suddenly needing to take a quick personal break. It's a side effect of some of the medicine I take for my medical issues. So, I ducked behind a large electrical transformer and finished my little 'break', and I'm about to cross the bus lane to go back into the station. I'm walking across an old tarp that covered the ground near where I had been when, without warning, it suddenly gave way, partially rolling up while my feet went up in the air, and I landed on my shoulder blades before the rest of me caught up them. I hit my head hard enough to get a mild concussion. If mine was mild, I sure would hate to ever get a really bad one!

But that wasn't the part that really hurt. When I rolled over on my stomach to pick myself up, I put my left hand part-way through a rusty nail that was embedded in the tarp. I never even saw the darn thing, but I sure did feel it! Even though my entire left arm recoiled from the sharp pain sensation, that nail still went about halfway through my left hand. Now here's where things get a little dicey. I'm a stroke survivor, by the grace and mercy of Almighty God. I have a history of embolisms, or blood clots, in my legs, one lung, and once in my head which caused my stroke to occur back in 2006. As before, I thank God wholeheartedly for allowing me to survive all these things. To counteract this tendency, I take a blood thinner call Coumadin. So the puncture wound in my left hand was bleeding like crazy from the effects of this drug. Fortunately, I carry a washcloth in my pocket to wipe the sweat off my brow during the hot summer months here in Atlanta. So I used it to apply pressure to the wound, but it still bled for a very long time.

Just before getting back on the train, I called the gentleman who I was going to rent the car from, explained everything including my being headed to the hospital, and canceled the rental before boarding. I vividly recall the throbbing pain in my hand as I rode the public transit train back towards midtown Atlanta where my doctors are located. There was a dull kind of pain in my head that was half there and half not, an sensation that turned out to be the concussion I mentioned above. Since I was already in that particular hospital's computer system, it made no sense to go anywhere else since I knew in advance that my insurance would be accepted. So I spent roughly 27 hours in Emory Hospital's midtown Atlanta location, and emerged none the worse for the experience. Many thanks and blessings to all the doctors and nurses who took care of me, you are all appreciated so much!

While in the hospital, I found myself unable to grasp things or pick them up with my left hand. Although I'm normally ambidextrous, having spent 2 decades as a computer and Windows network service tech, I have had to temporarily go back to being strictly right-handed like I was as a much younger man. But none of this has given me pause as has this one thing – knowing first hand what it's like to have a nail pierce the palm of your hand like it did mine. You know, just like what Jesus Christ experienced when those Roman soldiers were nailing him to that rugged old cross. For just a split second of excruciating pain, I was privileged enough to experience what Jesus must have felt as he was hanging on that cross for three agonizing hours of searing pain throughout his entire body, since his feet were nailed too. In a very small way, I know what it's like to have a nail-scarred hand, and I just like to say I am humbled by this experience.

Having the privilege to experience the same kind of pain Christ did, even if only for a brief moment, it's now been 3 days since I experienced this. My hand is slowly healing, but it has caused me to reflect on this occurrence in my life a great deal. We never know when things will go wrong in our lives, but the way it knocks us down doesn't count for much. It's how we pick ourselves up afterward – that is, I believe, the true measure of every man and woman. Our ability to bounce back from adversity says a lot more about us than how or where we fell. Our ability to extract the lessons learned from those kinds of experiences, while leaving the negative results behind us as we move forward – it is precisely this that is closest to how God sees us. Above all, never forget that Jesus died for you by allowing himself to be nailed to a rough old wooden cross, and that he offered no resistance. In the same way, let's all not resist when God is trying to teach us something, but let's all let in sink in – literally!

Posted by The Progressive Christian Blog at 5:14:00 PM