Let's Kick All the Sex Perverts to the Curb!!

Humiliation and Shame for Sex Perverts is Deserved
by pastor Paul J. Bern
To view this on my website, click here :-) 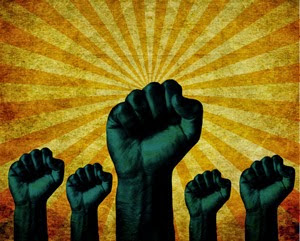 I don't have to explain my topic for this week. Everybody has been watching or hearing about what has been going on in the halls of power in Washington as well as in Hollywood. Accusations of sexual assault, or lewd acts, or of randomly exposing oneself to whomever have suddenly started boiling to the surface. It started with former New York congressman Anthony Wiener, and he is now paying a very high price for his indiscretions in the form of a 21-month stint in federal prison. This was followed just a few months later by disclosure in Hollywood of producer-director Harvey Weinstien being accused of multiple counts of unwanted sexual advances and even outright assaults. Then several more Hollywood directors disclosed of their own sexual indiscretions, presumably to keep from being humiliated, followed by the flap over actor Kevin Spacey's allegedly uncontrollable sexual advances. While all this has been going on, president Trump has been accused by at least 20 women of unwanted sexual advances. Most recently, formerly popular Matt Lauer, the morning “Today” show host, was abruptly fired for his own incredibly poor judgment in failing to contain his own sexual appetites. On and on this goes, and where it stops nobody knows – except God.


My favorite book – the Bible – has plenty to say about sexual immorality. Everybody knows that, although not everyone believes in it. Allow me to name a couple of examples, and then I'd like to list a few bad things that can happen when we will not or cannot control our own sexual desires. First Corinthians chapter 6, verses 12 and 13 says, “'Everything is permissible for me' – but not everything is beneficial. 'Food for the stomach and the stomach for food' – but God will destroy them both. The body is not meant for sexual immorality, but for the Lord, and the Lord for the body.'” Having multiple sex partners in the times in which we live can be downright dangerous in a worst case scenario, particularly if your partner is already married or living with someone without telling you so. We think he/she is single but they're not, and next thing you know you-know-who comes home, and there you are. Some say, “Well, I don't care for the bar scene, so I use dating services to help me locate Mr. or Ms. Right so I can screen people first”. Let me point out that, according to data from the CDC located right here in Atlanta, 1 out of every 5 people on the dating websites have an STD. Out of those individuals, fully 80% don't bother to tell their new partners they are infected. You can imagine how that will turn out for everyone involved! The moral here is that, while we have the free will to do whatever we want, there can be an extremely high price to be paid when we abuse it.


Another example can be found further down in the same chapter of 1st Corinthians, verses 18-20, which read, “Flee from sexual immorality. All other sins a man commits are outside his body, but he who sins sexually sins against his own body. Do you not know that your body is a Temple of the Holy Spirit, who is in you, who you have received from God? You are not your own; you were bought at a price. Therefore honor God with your body.” The word 'flee' means to turn and run away from something or someone who poses a clear and present danger to yourself or your livelihood – even your very life! What happens during mass shootings? People turn and run for their lives, and that's exactly what we should do with regards to sexual immorality. That hot new partner you just stumbled upon could end up slowly killing you slowly long after the lovemaking is over – very, very slowly, in fact – with some STD that the newly infected person probably never heard of.


One final example I feel should be mentioned on the topic of sexual sins and perversion can be found in 1st Thessalonians chapter 5, verse 3, and I quote: “But among you there should not be even a hint of sexual immorality, or of any kind of impurity, or of greed, because these are improper for God's holy people.” OK, right here it is in black and white, everyone! God ranks having multiple partners right up there with the top 1% and all their insatiable greed. You know, they have 99% of America's wealth, while the remaining 99% are left with the remaining 1% – those people? Think of how much you likely despise those people, and that's how offended God is with our sexual immorality (Never mind how offended God is with their greed. I've already covered that topic extensively, and I will do so again, God willing!). This includes people – and particularly those who self-identify as 'Christians' – who hang out at nude or topless clubs, who look at porn, and in many cases even the singles bars should be off-limits to true Christian believers who are single. If anyone feels so lonesome that they would go to a night club and risk getting shot or stabbed just to find someone to love, I've got a news flash for those individuals – you won't find that special someone there. All you'll meet are a bunch of drunks, and who wants that? Those who truly desire a soul-mate should ask God to send him or her to you. Believe me, when the time is right, he will.


The apostle Paul, who wrote all the quotes I'm using today including this last one, said it best in this regard: “Now to the unmarried and the widows I say: It is good for them to stay unmarried, as I am. But if they cannot control themselves, they should marry, for it is better to marry than to burn with passion.” (1st Corinthians chapter 7, verses 8-9) Anyone who is really burning up with that much passion should go ahead and find a spouse to keep themselves from sinning – there is nothing wrong with this at all. But none of us – I am single myself – will find our future spouses on-line, or in some bar, no matter how fancy or attractive they may seem. Moreover, you will never find him or her watching porn either! If anyone really wants a spouse, they should pray to God to send them one, because when we do, and those prayers are made with the utmost sincerity, God will answer that prayer. That's one thing I know for sure. The other thing that we have all seen for ourselves on the news and other media is that, when we cannot contain or refuse to curb our sexual proclivities – or if certain people think they can get away with their unwanted sexual advances because of their status, wealth, or both – those days just came to a sudden and dramatic end! I, for one, am glad this has occurred. It happened for the good of our country and for ourselves. This series of incidents has proven conclusively that sexual immorality, when carried to its extremes, will destroy the lives of the perpetrators. Chalk one up for gender equality, for mutual respect, and for Jesus Christ, the originator of gender equality.
Posted by The Progressive Christian Blog at 1:09:00 PM