A Different Kind of Christmas Message for 2017 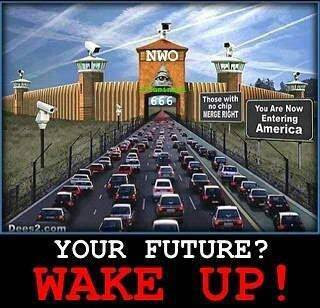 This week's commentary is titled the same as that 1970 song by “Chicago”. The holiday season is what time it is. Question is, does anybody really care about the original reason we celebrate Christmas? Thanksgiving is long gone, Christmas is this coming week, and it will be 2018 before you know it. Some will say to themselves, “I'm so glad it's the holidays, I love this time of year”, and really mean it. Others will say the same thing but inwardly they are always relieved when it's all over and done with. And then there are still others who struggle to get through the holidays, those for whom this is a stressful time. Is it any wonder people get stressed about this time of year? All the frenzied shopping and materialistic acquisition of the latest gadgets, the most up-to-date technologies, the loveliest jewelry, the finest watches and accessories for men and women, and all the new clothes, are soon followed by all the returns, swaps and refunds, and let's not forget the miserable traffic jams while we're at it. Let's remind ourselves one more time – why are we doing this? Because it's the holidays, and everybody loves the holidays because everybody loves to shop! Right? I mean, we all do think and act like everyone else as we're supposed to, right? Or is that anywhere near being a correct statement?


The ugly truth is that we have been programmed to behave this way. For generations we have been bombarded with advertisements via the media. First it was newspaper, then radio, then TV became the biggest player in advertising and marketing until the Internet came along, and the Web will soon eclipse them all in terms of sheer volume. Back in the days before the Internet some sales were made in stores, but many other products were sold door-to-door, and a lot of people wouldn't buy anything that way because they were afraid to trust door-to-door salespeople, and sometimes for good reason. Well, the large volume of advertisements of all variations that we see today on TV or the Internet, or that we hear on the radio, are a lot like those door-to-door salespeople of a generation or two ago. People don't listen to or watch the ads for the most part. They are regarded as a nuisance that one can't do much about. Suppose, just for a moment, that the Internet didn't exist. What if all those TV, radio and Internet ads were door-to-door salespeople? It would be like going back to 1960! It would also mean your doorbell would ring once every minute 24/7! That works out to 1,440 doorbell rings per day, 365 days a year. Well, if nobody would put up with that, why do they put up with all the ads? The answer is because we have been brainwashed, conditioned to accept advertisements not as just a part of everyday living – there will always be ads, even in space someday – but as a necessary part of life.


OK, let's step back and look at this from a broader perspective. It is indisputable that we are programmed to spend, and this is true throughout the Western hemisphere. Who benefits from this bastardization of the birth of our Lord and Savior? Where does all the money we spend at Christmas time wind up? Walmart? Target? Sears? Amazon? Their stockholders get a portion, granted, and the company gets better capitalized, that's true. The rest of it goes to the top 1% of the richest people in America and Western Europe, and let's not forget Canada and Japan while we're at it. There are about 400 families globally who control roughly 40% of the liquid assets of the entire world. They are the ones who are ultimately pocketing our money after all the counting is done after Christmas. They are the ones running the ads with all the subliminal messages while directing them at your children and grandchildren. They are the ones who want to get in between your ears and mess around with your brain. Why knock on your door to sell you something when they can come at you right through your television or computer screen? The only solution to this is to unplug your TV's and unsubscribe from your cable or satellite company.


The 400 richest families mentioned above are also the ones who fund the international banking system with portions of their proceeds. This means these 400 families help fund Monsanto so they can poison the ground we grow our food in, they fund 'Big Pharma' so we can be pumped full of drugs of often questionable value, and they help fund the “black projects” like HAARP and the blanketing of our earth with “chemtrails” that poison the air. They also fund the Wall Street bankers who are stealing us blind. And all this is being marketed and advertised by way of those ads we all get thrown in our faces on a continuous basis. I won't presume to speak for anyone else here, but is anybody else besides me fed up with the current state of affairs to the point that we are ready to join a revolt – or perhaps even lead one? Moreover, don't you think this is the complete opposite of what Jesus would want us to do to celebrate his birthday? By poisoning the world his Father created and the people and animal life that inhabit it? “Jesus”, the worn out cliché goes, “is the reason for the season”. Well if that is the case, then why do we celebrate Christmas every year by enriching 400 families who already have more money than they could ever physically spend in their lifetimes? What is it going to take to get you all to rise up against our oppressors?


As I wrote in a Christmas message from a couple years ago, Jesus wasn't born on December 25th anyway. He was born on the Jewish Feast of Tabernacles, which is in late September or early October by our Western calendar, depending on the year (the Jewish calendar has 360 days). So I won't be redundant by restating that. But the holidays are not just about the birth of Jesus. Christmas is a time for a celebration of his life. Normally we have celebrations of people's lives at their funerals. But, since Jesus rose from the dead and still lives, Christmas is a time of celebration for what Jesus accomplished with his life. Jesus is far more than a little baby boy born in a manger (A 'manger', by the way, is a feeding trough for livestock. “This is my body, broken in remembrance of me....”). He was an apostle for 12, and later for 72, a healer of multitudes, a performer of miracles, a bouncer of demons, a teacher of humanity, a Savior of the world, and a King of the universe. He sits at the right hand of God, his only begotten Son, and his Holy Spirit inhabits the hearts of all who will humble themselves enough to ask him in. At Christmas time we celebrate the life of the man who died on a wooden cross by being nailed to it. Once this was done, that cross was stood straight up and dropped into a hole in the ground so that Jesus was about 5 or 6 feet off the ground. He was likely tied to the cross with ropes to keep him from slipping off the nails. I cannot conceive of having to endure such agony. Jesus' only consolation as he hung on that cross was his occasional relief from the pain as he slipped in and out of consciousness due to the great loss of blood.


That is what we are actually celebrating – not just Jesus' birth, but his life and how he lived it! “I have come so that you may have life, and have it to the fullest.” (John 10: 10) Jesus' life, and the eternal life he has offered to everyone in exchange for our undying faith in him, is what Christmas is really all about! It's about the birth of Jesus, granted, but there is so much more to it than that. It's all about what Jesus did with his life once he was born. Christmas isn't a solitary calendar date, it's a starting point for a process that is still ongoing as each of us blossoms into the creation we were meant to be. Just as the Father enabled Jesus and his 3 ½ year ministry to blossom into all that it was meant to be. So this Christmas, let's do more than just celebrate Jesus' birth. Let's celebrate Christmas as the starting point to His magnificent life.
Posted by The Progressive Christian Blog at 2:26:00 PM