Another warning from God. Perhaps more people will listen this time around.

A Word of Warning From the Lord For the USA
by Pastor Paul J. Bern
To view this in any browser, click here! :-) 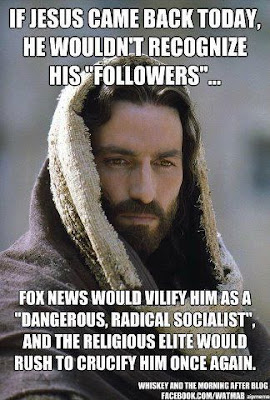 I'm going to do something that I've done before on this website; exercising one of the chief gifts of the Spirit as taught by the apostle Paul – the gift of prophecy, one of the nine fruits of the Spirit (see 1st Corinthians 12, verses 7-11). First, for my newer readers, let me point out that prophecy doesn't mean being able to foretell the future. That's called divination, which is based on sorcery, which is of the occult. Prophecy, on the other hand, simply means affirmatively declaring the Word of God, or of conveying the will of God and letting it be known with precision and insight. For example, if I say, “Jesus will return on Christmas Eve”, that's a prediction of the future, and in this case a pretty bad one. But if I say, “Everyone act, think and live as if Jesus will return this Christmas, because it is the Lord himself who reminds you to keep yourself ready for His return – for He will return at an hour when many do not expect him” – then I have prophesied the Word of God by allowing myself to be used as a vessel for God's Word to humankind, or as a conduit for God's awesome power (which is beyond all human imagination or comprehension). Although I'm sure there will be some who will strongly disagree with my interpretations of Biblical prophecy contained herein, I feel compelled to warn all who read this that judgment is coming to the USA. Indeed, I would be derelict in my duties as a Web pastor and ambassador for Christ if I neglected to warn all who will heed my warning. And so allow me a few paragraphs and several minutes of your time to relate what I believe is this important Word from the Lord God Almighty through his Son, Jesus Christ, the Lamb that was slain and yet lives!


As it was in the times of the prophets of old, so it is today – many people are perishing due to a lack of knowledge, or misinformation, about God. One thing I'm certain about – America's days as a superpower, both militarily and economically, are just about over. Don't any of you see what is happening all around you? Your government is printing money at supersonic speed to keep its rigged capitalist economic system – a system based on debt and greed that is a laughingstock up in heaven and down in hell – from imploding! Interest on America's “national debt” has been accruing at a faster rate than the principal can be paid down. It is as plain and bright as the daytime sunshine that our rigged pyramid scheme economic system has run its course. It will soon be exactly as it was written by the apostle John, “In her heart she boasts, 'I sit as queen, I am not a widow, and I will never mourn'. Therefore in one day her plagues will overtake her: death, mourning, and famine. She will be consumed by fire, for mighty is the Lord God who judges her. When the kings of the earth who committed adultery with her and shared her luxury see the smoke of her burning, they will weep and mourn over her. Terrified at her torment, they will stand far off and cry, 'Woe! Woe, oh great city, O Babylon, city of power! In one hour your doom has come!'” (Revelation chapter 18, verses 7-10)


Is there anyone who still doubts that this passage of Scripture was written about our country, the United States? Go back and read that again, or better yet, read Revelation chapter eighteen in its entirety – it's all right there in black and white. What else could it be? The US remains the wealthiest nation on earth, and the materialism of her people is an offense to God. Moreover, Jesus condemned materialism (see Matthew 6, verses 19-21; Luke 6; 24-26)! So how else is the US government sinning against God? The US dollar, or more accurately the blistering rate the Federal Reserve is printing it, makes a major devaluation of America's currency likely, possibly even in the near future. Also, the US banking system is based on “fractional reserve lending”, which is “usury”, or money lending with interest. The Bible says unambiguously the charging of interest is a sin (see Exodus 22, verses 22-27). That means if the US does not repent of these egregious sins and get its house in order, God will punish our country with more economic hardship, natural disasters and even plagues. I know there are those who will not take my warning seriously, but I remind you that the future of our country, not to mention your very soul, is at stake. I do not speak for myself, but the Spirit of the Lord Jesus Christ speaks through me. I am merely a conduit for His awesome power.


We have taken the earth that God created and ruined it. We were originally put in charge of the earth, to “subdue it” (see Genesis 1: 28), but humankind has done an atrocious job, with the ongoing nuclear reactor leak at Fukushima, Japan being a prime example. Everything is polluted, even our own bodies. Oil residue still exists on the shores of the Gulf of Mexico and western Florida, the seafood is contaminated with mercury, our livestock are catching deadly new strains of the flu, and our IQ's become ever more diminished due to ingesting fluoridated water for generations. Autism, once thought to have originated from childhood vaccines, is now being more correctly understood as having environmental rather than medical causes and origins. We're doing it to ourselves. And all the while, the world's bee population is being decimated. That in and of itself is a disaster in the making.


Hard times are coming, of that we can all be sure. God has shown me (yes He has!) that gas rationing and food rationing are both on America's horizon. Poverty will increase by leaps and bounds, creating a permanent underclass of Americans who will become the spearhead of a nonviolent Second American Revolution. Civil unrest is coming, the likes of which haven't been seen since the 1960's. Rioting may occur in (hopefully) isolated areas, and people will stay barricaded in their homes and apartments for days and weeks at a time. With 70% of America's economy dependent on consumer spending, this is an ominous possibility to say the least. If and when the dollar collapses – a frightening possibility – all these things will be much worse (God forbid). The Bible warns us that “a day is coming when no one will be able to work”.We have been taking our privileged lives for granted for too long. God is a patient and loving God who is slow to anger but swift and sure regarding his punishment for those who willfully disobey. When we take a look around us, we see our neighborhoods, subdivisions, schools, churches, businesses, and industries, and all the crumbling infrastructure associated with them. Yet I am warning you all that even the tallest tower – which here in Atlanta is just over 52 stories – will not be left standing upon the arrival of the great and dreadful Day of the Lord. It is only then, when the arrival of Christ Jesus splits the Mount of Olives in two, that every knee shall bow, and every tongue confess, that Jesus Christ is Lord. Those who have been disregarding my warnings are just about out of time.
Posted by The Progressive Christian Blog at 11:32:00 AM