History Repeats Itself, Even in the Bible
by Pastor Paul J. Bern
To view this in any browser, click here! :-) 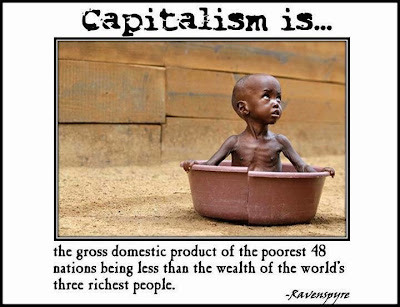 One of the hot-button issues facing the entire world, and particularly in the US, is that of economic inequality. We find ourselves in an intractable and intolerable situation where 99% of the country's wealth is concentrated into the hands of an elite few. As this situation is ongoing, the American people find themselves compelled to pay for the most expensive health care, higher education, and housing prices on the entire planet! Plus, we find ourselves taxed to death by a federal income tax whose legality is open to question, and hemmed in both politically and economically by an unconstitutional curtailment of our rights, all while having the world's largest prison population! This would be ridiculous if it weren't so serious. For this week's message, then, I want to share a passage of scripture that closely resembles our current situation, so go to your Bible app or open your Bible to the Book of Nehemiah chapter 5, verses 1-13, and I quote:


“Now the men and their wives raised a great outcry against their Jewish brothers. Some were saying, 'We and our sons and daughters are numerous; in order for us to eat and stay alive, we must get grain.' Others were saying, we are mortgaging our fields, our vineyards and our homes to get grain during the famine.' Still others were saying, 'We have had to borrow money to pay the king's tax on our fields and vineyards. Although we are of the same flesh and blood as our countrymen and though our sons are as good as theirs, yet we have to subject our sons and daughters to slavery. Some of our daughters have already been enslaved, but we are powerless, because our fields and vineyards belong to others.'” (Nehemiah 5, verses 1-5)


To put all this in its proper context, the Old Testament Israelites had been conquered by the ancient Assyrians and had been in exile for many years. With Israel's first period of exile ending, they had begun to return from Assyria where they had been enslaved, and a great rebuilding process had begun in and around Jerusalem. There was, unfortunately, also a great famine going on at that time because there had not yet been a harvest, and this was creating a lot of problems. The above passage of scripture has striking similarities to what is happening throughout much of the world today. People don't have enough to eat. They have trouble meeting their financial obligations because prices are impossibly high. Back then they had to give away their sons and daughters as slaves – presumably sex slaves – because they had no other way to pay their debts. Today, some of our sons and daughters are still taken as sex slaves. It's just that they are taken by force and not by barter. The rest of us are slaves, too. It's just that the world is a lot more subtle about it than back then. We work our jobs – if we're lucky enough to have one of those – for pay that is oftentimes pathetic. Many younger workers don't realize how drastically wages have been cut in the last 15 years or so. So, there are striking parallels between the time of Nehemiah and today. Now, let me go on with the second half of today's scripture, beginning at verse 6.


“When I heard their outcry and these charges, I was very angry. I pondered them in my mind and then accused the nobles and officials. I told them, 'You are exacting usury from your own countrymen!' So I called together a large meeting to deal with them and said, 'As far as possible, we have brought back our Jewish brothers who were sold to the Gentiles. Now you are selling your brothers, only for them to be sold back to us!' They kept quiet, because they could find nothing to say. So I continued, 'What you are doing is not right. Shouldn't you walk in the fear of our God to avoid the reproach of your Gentile enemies? I and my brothers and my men are also lending the people money and grain. But let the exacting of usury stop! Give back to them immediately their fields, vineyards, olive groves and houses, and also the usury you are charging them – the hundredth part of the money, grain, new wine and oil.' 'We will give it back', they said. 'And we will not demand anything more from them. We will do as you say.' Then I summoned the priests and made the nobles and officials take an oath to do what they had promised. I also shook out the folds of my robe and said, 'In this way may God shake out of his house and possessions every man who does not keep this promise. So may such a man be shaken out and emptied!' And the whole assembly said, 'Amen!' and praised the Lord. And the people did as they had promised.” (Nehemiah 5, verse 6-13)


There are striking similarities between what was going on in Israel during the time of the first rebuilding of the wall around Jerusalem and what is occurring in America today. Everything is financed. Nobody pays cash for their cars much anymore, and everybody uses credit cards to make purchases from a flat screen TV all the way down to a week's worth of groceries. We are forced to pay interest on everything we need – even the food we eat. This situation has gotten completely out of hand, and unless the government steps in and stops it the American people will find themselves forced into conflict with the government, the outcome of which could lead to another American civil war. In the first civil war, it was fought over ending the slavery of Black people. The second one will be a fight to end the enslavement of us all, and there are going to be casualties, so you may as well start getting used to that idea. This is what was occurring during the time of the prophet Nehemiah.


Nehemiah then told the authorities, “What you are doing is not right. Shouldn't you walk in the fear of our God to avoid the reproach of your Gentile enemies? I and my brothers and my men are also lending the people money and grain. But let the exacting of usury stop!” Nehemiah and his brothers and enlisted men were helping those in need as best they could, but they were charging no interest for their services. They did it for free because they realized they were in a crisis situation that called for emergency measures to make sure everyone got their basic needs met. Their compatriots, on the other hand, were guilty of price gouging and criminal exploitation against their own countrymen, and in some cases even their own families. So Nehemiah told the nobles and officials to give it all back, very similar to an executive order issued by the President. Notice too, in verse 11, they were charging 1% interest, far less than what is being charged today (on the best of terms, 30 year mortgages are currently at just over 2.5%).


Imagine the uproar if such an executive order were issued today! I can almost see it now – president Trump giving a direct order to the banking and financial industries that all single family home loans were to be canceled immediately – would that be fun to watch or what? One thing is for sure – the American people are overburdened with excessive housing costs, combined with stagnant wages in the face of other rising living expenses like groceries. “We will give it back', they said. 'And we will not demand anything more from them. We will do as you say.' Then I summoned the priests and made the nobles and officials take an oath to do what they had promised.” Wouldn't it be awesome if we could do that today? Actually, we could, it's just that there is still insufficient political willpower among the American people. A national strike could be called – a mortgage strike. Everybody stopping their mortgage payments all at once would be the same as slaughtering the beast by starvation! But first, we should do a dry run using student loans as the pariah that this debt crisis has become. Then we call a meeting via social media, and make the powers that be promise to give us all some badly needed financial relief! Either that or we take to the streets and shut down entire cities.


“I also shook out the folds of my robe and said, 'In this way may God shake out of his house and possessions every man who does not keep this promise. So may such a man be shaken out and emptied!' And the whole assembly said, 'Amen!' and praised the Lord. And the people did as they had promised.” The above example is what it looked like to issue a law that had some teeth to it back in those days. I can practically visualize president Trump calling his senior leaders into a conference room and telling everybody that everyone's mortgage, their student loans plus all unpaid medical bills will be canceled immediately and without preconditions. All the Wall Street bankers would have heart attacks, and debt collectors would have to go and find a new profession – just like myself. I was once a well-paid senior IT professional, but my career evaporated after the dot-com crash and I wound up working as a courier contractor for a local delivery company. I survived the changes I went through, and so will they because actually we are not so different after all. In closing let me also say those noblemen and government officials repaid those people they had exploited out of fear of the consequences from God. That fear of the Lord is largely absent here in modern times, but soon it will return, and then everyone will know exactly who God is.
Posted by The Progressive Christian Blog at 12:57:00 PM