The Immature Name-calling in Washington Has to Stop!

Regarding Judging or Accusing Other People:
Those Who Call Us Liars Should Examine Themselves
by Pastor Paul J. Bern
Having trouble reading this? Click here! :-) 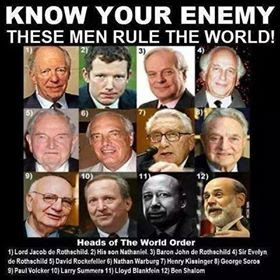 Watching this past week's spectacle in Washington surrounding Russia-gate, former FBI director James Comey's firing, and his subsequent testimony under oath has reminded me once again about the folly of judging others. President Trump and Mr. Comey calling each other liars on national TV has only solidified my opinion that both are equally guilty of much dishonesty and at-times downright childish behavior. What does the Bible say about judging, accusing and name-calling other people? This goes way beyond mere physical appearances such as race, unaccustomed mannerisms or various idiosyncrasies. It surpasses all concepts of right and wrong. The Bible defines judging others as having contempt for, looking down on, or possessing an arrogance towards people who are different than ourselves. It means considering ourselves better than others for racial, moral, economic, age, ethnic, religious or gender related reasons, and ditto for sexual preferences and gender identity. It is morally wrong to do all these things because we are all made in the image and likeness of the very same God, and God bestows his gifts and attributes to us on an equal basis. Moreover, the Bible teaches us that equality is ordained by God, as it is written: “Rich and poor have this in common: The Lord is the Maker of them all.” (Proverbs 22: 2) Therefore, we are all equals in God's sight, and I could write a whole sermon on that topic alone (in fact, I think I will). There are several good quotes from the Bible that I am going to use to make my point. The first is from the gospel of Matthew chapter 7, verses 1-5.


“Do not judge, or you too will be judged. For in the same way you judge others, you will be judged, and with the measure you use, it will be measured to you. Why do you look at the speck of sawdust in your brother's eye and pay no attention to the plank in your own eye? You hypocrite, first take the plank out of your own eye, then you will see clearly to remove the speck from your brother's eye.”


What this verse also says is the more harshly we judge other people, the more harshly we will be judged when it is our turn. Make no mistake, every one of us will get his or her turn at being judged by God when our lives are over. The only exceptions will be those who will be caught up in the rapture of the Church during the Great Tribulation that is prophesied by the book of Revelation, as well as by the apostle Paul in his letters to the Thessalonian church. And that, my dear readers, will only be a select few people. So what is the criteria for this? It will simply be how we treated other people, and by how good we made them feel. It's going to be about how much unconditional love, kindness and patience we showed others. That's why Jesus said during his sermon on the mountain, “Blessed are the merciful, for they will be shown mercy” (Matthew 5: 7). We are to be practicing gentleness when making discernment about others, otherwise our harshness and being judgmental will come back around and bite us in the tail.


This next Old Testament quote from Scripture is the basis for my quotations from the new one. “I will deal with them according to their conduct, and by their own standards I will judge them. Then they will know that I am the Lord” (Ezekiel 7, verse 27). The more poorly we treat others, the meaner God will be towards us when our lives are over. If we treat people better and a lot more gently, being compassionate and considerate towards others even if they're strangers, God will be gentle with us to the point where it shows up in the lives of those who habitually perform this good deed. Meaning, those who live their lives this way won't have to wait until their physical lives are over to get rewarded for their good deeds and acts of random kindness. How then should we be living? We should be living as if God is watching everything we do and listening to everything we say (because, you know, He actually is). This means we should be taking care of others, nurturing and encouraging each other instead of criticizing and rejecting just because they don't meet our lofty standards. We are not at the center of the universe, not are we meant to be! Remember that for every person who seems to come up short as far as we are concerned, there is another that feels the same way about us whether they tell us or not. People who are in the habit of acting this way toward others are always people who dislike themselves. They see something about themselves that they don't like in the personality or character of someone else, so they go after that person tooth and nail. As long as they are attacking someone else, they don't have to look at themselves.


The next 2 quotes are from the book of James in the New Testament. They take judging of others a step further by getting at the roots of passing judgment. “Brothers, do not slander one another. Anyone who speaks against his brother or judges him speaks against the law and judges it. When you judge the law, you are not keeping it, but sitting in judgment on it. There is only one Lawgiver and Judge, the one who is able to save and destroy. But who are you to judge your neighbor?” (James 3: 11-12) Well said, James, my dear brother! Who do we think we are? Since everyone is a sinner in God's sight, God can only save us if we are merciful towards one another. Jesus said, “I desire mercy, not sacrifice”. The Bible commands us to love one another, and Jesus taught us to “love your neighbor as yourself”. We cannot simultaneously judge others and still be merciful towards them. We can't claim to love others while sitting in judgment of them. Judgment and mercy are exact opposites, they are mutually exclusive of one another. The same goes for slander and love. There is no way to talk badly about your neighbor, friend, co-worker or relative and then profess your love for them. The apostle James then taught us what we should do instead when he wrote: “Speak and act as those who are going to be judged by the law that gives freedom, because judgment without mercy will be shown to anyone who has not been merciful. Mercy triumphs over judgment!” (James 2: 12-13)


Did you notice that those who were welcomed by Jesus were wondering why they were welcomed and those who were not welcomed thought that they should have been? Modern-day evangelists and preachers often teach that if you are saved then you know it, but what Jesus teaches here is the complete opposite. If you are a Christian as you claim, you should be following the advice of your Lord and Savior and not be running around judging people. According to Jesus, if you are saved, you are running around feeding the hungry, quenching the thirst of those thirsty and clothing the naked. Many hunger for love and acceptance and thirst for justice and some feel shamed as if they were naked. We are supposed to be helping them, not judging them! But if you yourself are hungry for attention while loving and thirsting for justice, then you will in your own defense judge other people. Seek salvation for yourself rather than distributing judgment unto others. We know who you are, and so do you!


There is one more aspect of passing judgment that I think I should mention, and that is the often controversial subject of racism. Hatred, bigotry and intolerance directed towards others are the polar opposites of being merciful. The best way to achieve peace on earth is for everybody to start showing mercy and tolerance towards one another (provided that that mercy and tolerance is not abused by its recipient). The Bible says any time we display racism, intolerance, bigotry and prejudice towards one another, it is the same as hating God who made them all, as it is written: “If anyone says, 'I love God', yet hates his brother, he is a liar. For anyone who does not love his brother, whom he has seen, cannot love God, whom he has not seen. And he has given us this command: Whoever loves God must also love his brother.” (1st John 4, verses 20-21) Who are we to question the handiwork of the Lord? Besides, when we devalue others we ultimately devalue ourselves since God created everyone equally. These are simple truths, yet they seem to elude us the majority of the time. Imagine a world without hate or harsh judgment that is filled compassion and mercy for everyone. What a wonderful place to live that would be! The Bible already tells us how. It's just that too few people are putting it into practice.


God has given each of us the responsibility of not being so quick to pass judgment on each other. Instead, we are to be merciful towards each other because “mercy triumphs over judgment”. Ask yourself this question right now. Am I too judgmental? Am I a prejudiced individual? Do I find certain groups of people distasteful just because I don't like them? If you answered 'yes' to any of these questions, it's time to repent, to turn away from this behavior pattern, and to turn to God. Only God can provide all the answers you need. If you feel that you may not be strong enough to change, pray to God and ask Him to help you change into a better person. You will be surprised at how willing He actually is. Let's practice together to not be judgmental towards one another, and to be merciful instead. It's a much better way of life.