My Deepening Concerns About the State of America

One Step Closer to Armed Revolt: My Deepening Concerns
by Pastor Paul J. Bern
Having trouble viewing this? Click Here! :-) 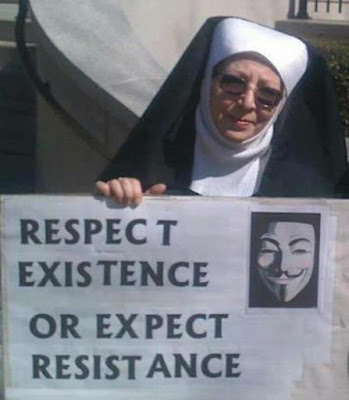 The attempted assassinations of a handful of congressional representatives, senators and their staff members this past week confirms the suspicions of many, including myself, that the fabric of our country is coming undone. Senator Scalise remains in critical condition as I write this, and I understand senator Rand Paul narrowly missed getting shot in addition to quite a few others. Perhaps Rand Paul was the real target in yet another CIA/NSA engineered false flag operation – God only knows! If it was, their mission failed, the independent alternative media will share the news (since we already know the Main Stream Media would bury that story) with the whole world, and the blow-back from the American public will be nothing short of livid vehemence! The root cause of this will be the American public's increasing exasperation with the fight between the Trump administration, the Washington establishment and the Deep State – which president Trump is in the process of trying to dismantle. That's the real source of all the back-and-forth between Trump, the MSM, and the D.C. robber barons.


The American people – all but the top 1% – have found themselves caught in the crossfire with little to do except for ducking and dodging. But in the process we are finding more and better ways of fighting back, and up until this week that excluded arming ourselves against the government in general, and conservatism in particular since that ideology benefits fewer and fewer people at the expense of many, many more. Generally speaking, this is true for the way the whole country is being run. More and more people are being oppressed by the same government that was elected to serve them. Speaking as a Web pastor, I'd like to point out that the Bible has some things to say about those who are being oppressed and about oppressors as well. “Do not mistreat an alien or oppress him, for you were aliens in Egypt. Do not take advantage of a widow or an orphan. If you do and they cry out to me, I will certainly hear their cry. My anger will be aroused, and you will be killed with the sword; your wives will become widows and your children fatherless.” (Exodus 22, verses 21-24) I like to quote verse 22 to all those who gripe and complain about “illegal immigrants”. The same thing goes for those who get played by the rigged economic and court systems, but this runs far deeper than even that. For example, under so-called “Trump-care” the mega-rich top 1% will get very large tax breaks, and 24 million lower income Americans will be dropped from the Obama-care rolls like so many hot potatoes in order to fund president Trump's AHCA, his version of national health care. You can be sure there will be retribution from the Lord for any who die as a result of losing their health insurance if “Trump-care” gets passed into law. For each of ours who die, one of theirs will die. On further thought, they will most likely die as crime victims from robberies of one kind or another. Although the word 'Karma' isn't in the Bible, I believe it would apply here.


“And the Word of the Lord came again to Zechariah; this is what the Lord Almighty says: 'Administer true justice; show mercy and compassion to one another. Do not oppress the widow or the fatherless, the alien or the poor. In your hearts, do not think evil of each other'.” (Zechariah 7, verses 8-10) What do we have instead? A federal income tax that is unconstitutional, wars being fought without a formal declaration of war as the Constitution requires, and the world's largest prison population!! Does this seem just, merciful or compassionate to any of you? It sure doesn't to me, and you can literally bet your next paycheck that God is outraged and infuriated at America because of all of the above! Not to mention the institutionalized racism, global mass murders being committed by our military and intelligence communities, and all the rampant gambling and criminal profiteering on Wall St. and in Washington! Keep it up, all you people who are hell-bent on serving only yourselves, and see what it will get you!! Don't you believe it will happen? 'What', you ask? 'I have nearly unlimited resources, I can defend myself against anything! What can all those poor slobs do to me? I can crush them all like bugs!'


What these obscenely rich people fail to understand is that “we the people” have a singular resource that people with lots of money don't understand and who refuse to see, as it is written: “He will judge the world in righteousness; he will govern the peoples with justice. The Lord is a refuge for the oppressed, a stronghold in times of trouble. Those who know your name will trust in you, for you, Lord, have never forsaken those who seek you.” (Psalm 9, verses 8-10) Not only will the Lord Jesus Christ uphold us during our times of trouble and turmoil, he will give us the means to throw off our oppressors and then deliver them into our hands (reference: the Book of Joshua, the American Revolution of the 1700's, and the Israeli 6-day wars of 1967 and 1973). One more thing the Bible has to say about this topic (among many) comes from the Book of James, and I quote: “Now listen, you rich people, weep and wail because of the misery that is coming upon you. Your wealth has rotted, and moths have eaten your clothes. Your gold and silver are corroded. Their corrosion will testify against you and eat your clothes like fire. You have hoarded wealth in the last days. Look! The wages you failed to pay the workmen who mowed your fields are crying out against you. The cries of the harvesters have reached the ears of the Lord Almighty. You have lived on earth in luxury and self-indulgence. You have fattened yourselves in the day of slaughter. You have condemned and murdered innocent men who were not opposing you.” (James 5, verses 1-5)


As you can clearly see from the above passage, the obscene amounts of wealth that has been hoarded “in the last days” – which is our current time frame – has been 'acquired' at the expense of everyone else. This closely resembles the “99% vs. 1%” paradigm that we find ourselves caught up in today. Moreover, there is much talk today about an impending economic collapse of one kind or another. As a result, there are many financial advisers today who are counseling people to cash in all their Wall St. investments and put it all in gold, silver, nonperishable food, weapons and ammunition. But the apostle James prophesied against that roughly 1,965 years or so ago when he prophesied against gold and silver in verse 3. The apostle James then prophesied yet again against the obsession of some people with wealth and financial gain when he wrote, “The wages you failed to pay the workmen who mowed your fields are crying out against you. The cries of the harvesters have reached the ears of the Lord Almighty.” What modern parallel with this do we have here in modern times? Just think about it for a minute – the wages the rich withheld from the poor and then pocketed themselves – doesn't this closely resemble the current battle for a livable minimum wage? Today in America, with only a few exceptions, the prevailing minimum wage is so low that wage earners must sign up for government benefits programs such as SNAP, Medicaid, child care benefits and Obama-care in order to have enough money for even the most basic expenses like food, shelter, clothing, transportation and medical care. For this to be happening in what is allegedly the “richest country in the world” is simply inexcusable! Here in Atlanta, GA where I reside, the minimum wage is still stuck at $7.25 an hour. In large parts of rural Georgia it is only $5.25 per hour. That works out to a net weekly paycheck of about $175.00 for a single individual. Try living on that, if you think you can! Does that not constitute theft, even if it's “legal”? It's tantamount to economic slavery and servitude, and the Bible condemns it!


“You have fattened yourselves in the day of slaughter.” There is so much talk today about the obesity epidemic that is plaguing the entire developed world, along with much of the emerging one such as the BRICS countries (Brazil, Russia, India, China and South Africa). There is no question in my mind that this single verse (and there are others throughout the Bible) predicted today's obesity epidemic with perfect accuracy. There is one last thing predicted for the End Times that we are currently living in which is stated in verse 5. “You have condemned and murdered innocent men who were not opposing you.” There is an ongoing effort to prove the innocence of men and women with life sentences or very lengthy ones, and particularly those who have the death penalty. In all these cases the convictions of these individuals were done with bias against the defendants, often because they are people of color. People have been freed from death row by way of DNA testing as a result of these efforts. But for every one who is found to be innocent after the trial was over and their sentences vacated by the courts, there are untold countless others on whom the death penalty was imposed who were convicted on what amounts to false testimony.


But is that the end of the story? By no means!! What about the lynchings, and the slavery that came before all that, right here in America? What about the two million civilian casualties the US military and the Pentagon are responsible for from the Vietnam war to Afghanistan, Libya and Iraq, up until today? Although I'm no fan of president Donald Trump, at least he has the guts to come into Washington with a wrecking ball aimed directly at its corrupt core while attempting to replace what doesn't work with what does. I don't know whether he's going to succeed or not, but at least he's trying to buck the status quo. Whether Trump succeeds or not remains to be seen, but when things get heated to the point of US citizens attempting to execute an entire Republican baseball team, we are getting dangerously close to all-out revolt. Yet by the same token, it's looking more and more like a revolution may not be such a bad idea after all. The overwhelming majority of Americans have little left to lose. The only remaining question is – will it be armed or peaceful? From my observation point, I'd say let's pray that it will be peaceful but continue to prepare as if it will not.
Posted by The Progressive Christian Blog at 12:57:00 PM