Another Warning From God for America's Future

Think This Week Was Bad For America's and Trump's Reputation? Wait Until You See What God Has Shown Me About Her Future.
By Pastor Paul J. Bern
To view this in your browser, click here! :-) 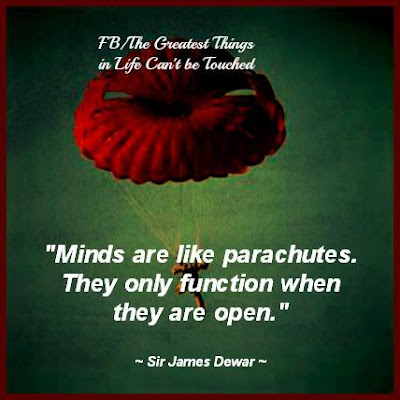 Like any other person of faith, I read my Bible as often as I can. The Word says we're supposed to read it every day, but even I can't always do that. It's like we all get so caught up in all the stuff that's going on during our busy days that we find ourselves laying down to sleep nearly before we know it! This past week a colleague of mine showed me a passage out of Isaiah chapter 24 that directly applies to modern-day America and other nuclear-powered countries like her. The clarity and brutally frank language that's used here by Isaiah, as he was prompted himself by the Holy Spirit, is startling and an ominous vision of the fairly near future.


The debacle inside the Beltway in Washington, D.C. this past week has made the USA and its president the laughingstock of the world! I see no way I can say this with too much emphasis. The Trump administration's attempt to repeal Obama-care and replace it with what amounted to a forcible confiscation of the health care coverage of 24 million Americans – combined with yet another tax break for the rich – has revealed Donald Trump for what he is: an opportunist who is in the White House for his personal enrichment first, and America second. If the Trump administration's failed efforts to repeal the ACA are any indication of how Washington is going to handle America's domestic affairs, what will happen when it comes to America's relations with the rest of the world? If America does not repent (turn away from) its ways, a great calamity will befall her, and that without remedy. Allow me to quote the first 6 verses of Isaiah 24:


“See, the Lord is going to lay waste the earth and devastate it; he will ruin its face and scatter its inhabitants – it will be the same for priest as for people, for master as for servant, for mistress as for maid, for seller as for buyer, for borrower as for lender, for debtor as for creditor. The earth will be completely laid waste and totally plundered. The Lord has spoken his word. The earth dries up and withers, the world languishes and withers, the exalted of the earth languish. The earth is defiled by its people; they have disobeyed the laws, violated the statutes and broken the everlasting covenant. Therefore a curse consumes the earth; its people must bear their guilt. Therefore earth's inhabitants are burned up, and very few are left.”


The earth as we know it, it says in the very first verse, is going to be destroyed. I don't think this means we're going to collide with another planet or wayward moon or anything like that. This includes all the talk about the so-called “planet X/Nibiru”, or whatever other names there are floating around out there. This planet is currently located somewhere between Neptune and Pluto. Assuming that “planet X/Nibiru” is closer to Neptune than to Pluto, juxtaposed with Neptune's orbiting the sun every 160 years, that means if “Nibiru” is traveling at a similar speed to Neptune it will take it another 80 years (give or take) to reach earth. Moreover,it has been proven by NASA, backed up with corroborating data from the European and Japanese space agencies, that this 9th planet in our solar system is not – repeat is not – on a collision course with earth. So all you “Nibiru” fear mongers can put your fears to bed once and for all.


“..... he will ruin its face and scatter its inhabitants.” The words 'scattered inhabitants' suggest that population centers – cities – will be destroyed, and that casualties will be high in number. “.... it will be the same for priest as for people, for master as for servant, for mistress as for maid, for seller as for buyer, for borrower as for lender, for debtor as for creditor. The earth will be completely laid waste and totally plundered. The Lord has spoken his word.” The same fate will befall everybody, and there will be only a lucky few who escape. Moreover, the complete destruction of the cities of the earth is the only thing that will destroy economic inequality. To put that another way, the only way to destroy inequality will be to destroy the financial centers of the world, beginning with the US. Although I can't say exactly how this will happen, it definitely will. “The earth dries up and withers, the world languishes and withers, the exalted of the earth languish.” There will be a huge global drought, crops will fail, and people are going to starve to death, even in the Western world where this normally never occurs.


“The earth is defiled by its people.....” What does this mean to our modern world? Do these words still have any meaning after all these centuries? The answer to this question is an emphatic 'yes'! How have we managed to do this, you ask? When did I defile the earth? Every time we throw a piece of trash on the ground, or throw a wrapper or scrap of paper out of our car or truck window while driving, every time we throw anything (!) in a landfill, pour our old engine oil down a drain or elsewhere – need I go on? – we defile the earth. There is a gigantic flotilla of plastic bottles and other similar scrap items the size of the entire state of Texas floating in the middle of the Pacific ocean as I write this. Need still more proof we are in grievous sin?? The permanently damaged nuclear reactors at Fukishima, Japan (there are 4 of them) are leaking radioactive water into the north Pacific ocean at a rate of 400 million gallons per day! At this rate, the entire northern Pacific ocean from Japan to the west coast of North America will be devoid of life in no more than 10 years!


Suppose you (somehow) made a planet and inhabited it with 7 billion people, giving them life and the power and will to live it, and they turned around and destroyed it just because they could. How would you react? Now you know how God feels. “They have disobeyed the laws, violated the statutes and broken the everlasting covenant. Therefore a curse consumes the earth....” What laws? We could start with the 10 commandments. When you break one, you break them all, that's what the Bible says. Or how about the two greatest commandments: 'Love the Lord your God with all your heart, soul, mind, and strength, and love your neighbor as yourself'? As before; if we break one even once, we have broken them all as far as God is concerned. “Therefore a curse consumes the earth”. Does this mean God will curse the planet and everything on it? Of course not, don't be so fearful! Is God going to personally intervene and cause all this to occur? No, it does not appear so, as we further examine this quote from Scripture. “Its people must bear their guilt.”


Guilt for what, you're probably thinking? For all the things I mentioned above, from ruining the Pacific ocean to the 10 commandments and so on, but that's not all. Nope, sorry, there's one more major thing – waging war. Although people will accuse me of being unpatriotic, and I do not wish to be offensive to anyone, the USA is addicted to war, and has been for at least the last 75 years. Our national economy depends on it and has been ever since I've been alive, and I'm 61. Moreover, we remain the only country in the world to have used nuclear weapons in a time of war. America has let the nuclear genie out of the bottle, and it cannot be put back no matter how great and well intentioned the effort. Meaning, we are indirectly responsible for the Fukishima disaster, as well as for any future nuclear conflicts regardless of who starts it. Granted, no one could have predicted an earthquake and tsunami of that magnitude, but the reactors should never have been located that close to the ocean in the first place. Not in an earthquake-prone country like Japan, at the very least! So in the end, the nuclear threat that we face globally is America's fault, and we're going to end up paying the price.


How? “Therefore earth's inhabitants are burned up, and very few are left.” Nuclear war. What else could this be describing, just read it and let it sink in. This is what the Bible says will happen to us if we don' t change our ways. The heat generated by a thermonuclear explosion is 10 times that of the surface of the sun. Those who are caught up in what I suspect will be the coming nuclear conflagration – again, unless America changes its ways – will be instantly vaporized. Not a pleasant thought, to say the least. How do we stop this? By protesting in the streets and getting involved in our country's political process. I see no other way. Besides, in the process of protesting, we'll be siding with God. Suits me fine.
Posted by The Progressive Christian Blog at 1:35:00 PM