The Devolving of Christmas: An American Tragedy
by Pastor Paul J. Bern 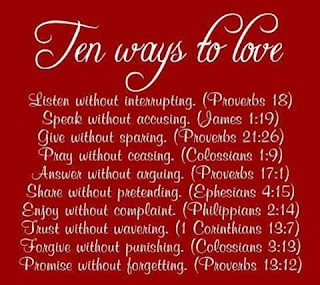 It's that time of year again, the closing days of the holiday shopping season when people by the millions will finish spending an average of $750.00 each between now and December 31st on a bunch of cheap imported Chinese crap that nobody really needs. The worst part for American consumers is that all these inexpensive imported products from the sweat shops of the 3rd world are designed and manufactured in such a way as to make sure the items wear out sooner rather than later in the hopes that the American consumer will go out and buy a replacement, hopefully sooner rather than later. The giant US multinational corporations have figured out that if you make a product just good enough to hold out for a little while, you can still get people to buy it even though it is made as cheaply as possible. Unfortunately for these same monstrosity corporations, the American consumer has begun to wake up and realize they have been had and that things have been this way for a long time, and they're getting a little madder about it each day. Their fury and rage first manifested itself in the Arab Spring of 2011, followed by rioting in Spain and England that summer, followed by civil unrest in Greece that has yet to completely simmer down. The civil war in Syria similarly rages on as I write this. This has been followed here in the US and Europe in the form of the Occupy Wall Street and “we are the 99%”, protest movements of which I am proud to be a part, and both of which are still very much ongoing, and most recently the Black Lives Matter movement.

All I'm saying is that people everywhere have become more questioning, more critical or have even become opposed to capitalism as we know it due to what is increasingly being viewed as its predatory nature and its emphasis of profits over people. Many of us, including myself, are completely up in arms over the state of our country. The Christmas shopping season is just one symptom of capitalism gone overboard, with a mad dash to acquire more and more material things just for their own sake at a time when we are supposed to be quietly celebrating the birthday of our Lord and Savior Jesus Christ. This is indicative of a society that has lost its sense of direction and lost touch with its purpose for being. I was one of millions of people who boycotted Black Friday last month as a way to peacefully protest being forced to live in a world where the main thing that matters most seems to be how much money one can make.

I've been there and done all that. I owned a small computer store all through the 1990's and made some real good money. I never got rich, but I'm okay with that. I know what it's like to have all that, and do you know what I found out about wealth and riches? It's just a big trap, a never-ending treadmill of the pursuit of profits until it consumes your whole life, until in the end you realize that it was all just an illusion. Like a game of Monopoly, when the profit machine comes to an end (and sooner or later they all do) and the game is over, everything goes back in the box only to start all over again. That's all capitalism and the taking of profits is – one big Monopoly game where the person with the most money wins, and always at the expense of everybody else. Is it any wonder that capitalism and the taking of profits has ruined the spirit of Christmas, let alone the whole country? Don't get me wrong, there is nothing wrong at all with turning a nice profit, but not if it means ripping off your customers and cheating your employees!

What have we become? Like cattle and sheep headed to slaughter, we roll out at this time of the year at the bidding of shop-till-you-drop gimmicks. Meanwhile, we fight and claw for the blue light special at the various suburban box stores offering low wages and no benefits to staff. So, how much can we save? Wally World is offering 25% off, while Sneers is offering 30%. Let's run to Sneers! It's only 30 more miles down the road and we've got the gas! What about the Chinese people slaving in non union factories at pennies a day? What do they make off the deal? Who is actually winning? Is it really the mesmerized consumers teary and googly-eyed while giggling gleefully at 30, 40, and 50% off deals? Our politicians say it's the American workers. Yes, it is our right to slave part time at minimum wages and no health benefits while we shop till we drop looking for that fantastic deal. We make this statement as employees of corporations are lining the pockets of senators, congressmen and supreme-court justices in Washington D.C. while seated on presidential cabinets making decisions regarding our planet's future, our future, and our children's future. Meanwhile our consumerism is devouring the planet into what might soon become more lifeless than the moon or, God forbid, a Wall Street tycoon. Yet, mesmerized by commercials with intelligence levels less than a jackass after having a lobotomy, we roll blindly into the gates of the shopping centers, the strip malls and humongous big box stores. For example, consider the following December 2013 release from the Associated Press.

"A shopper in Los Angeles pepper-sprayed her competition for an X-box and scuffles broke out elsewhere around the United States as bargain-hunters crowded malls and big-box stores in an earlier-than-usual start to the madness known as Black Friday. Toys R Us opened for the second straight year on Thanksgiving itself. And some shoppers arrived with sharp elbows. On Thanksgiving night, a Walmart in Los Angeles brought out a crate of discounted X-boxes, and as a crowd waited for the video game players to be unwrapped, a woman fired pepper spray at the other shoppers "in order to get an advantage," police said. Ten people suffered cuts and bruises in the chaos, and 10 others had minor injuries from the spray, authorities said. The woman got away in the confusion, and it was not immediately clear whether she got an X-box. On Friday morning, police said, two women were injured and a man was charged after a fight broke out at an upstate New York Walmart. And a man was arrested in a scuffle at a jewelry counter at a Walmart in Kissimmee, Fla. In the U.S., Wal-Mart, the world's biggest retailer, has taken steps in recent years to control its Black Friday crowds following the 2008 death of one of its workers in a stampede of shoppers. This year, it staggered its door-buster deals instead of offering them all at once." (Republished from the Winnipeg Free Press)

Lennon and McCartney of the Beatles wrote in the song "Revolution", "you say you want a revolution, well you know, we'd all love to change your head." Yes, it is more than changing Wall Street. It is, ultimately, about changing ourselves. This Christmas, change how you celebrate. Speak from your heart to your kids about consumerism and how it is affecting the planet as well as our behavior. Ladies, instead of buying your guy a new bag of golf clubs, give him a night he will never forget. Be creative, be loving, be tender and compassionate. Enjoy each other. To enjoy is to enjoin, to enjoin is to unite. Consumerism keeps us isolated by gimmicks of sensationalist advertising of unrealistically beautiful women, “perfect” children and gorgeous hunks of men that are created off the corporate mold. And who is being molded by all these advertising gimmicks? You are! For what purpose? To make others rich. Don't go there this year. Find richness in your heart and share that this Christmas. And keep more of your money.

Posted by The Progressive Christian Blog at 12:30:00 PM