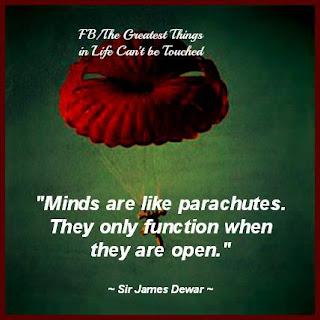 Right-wing Evangelical Fundamentalism, as well as much of America's conservative political leadership, claims to return to the roots of Christianity. Few of these fundamentalists care much about the early church, the four Gospels, the apostle Paul's letters, or St. Augustine. Rather, they blend Southern Conservatism, bastardized Protestantism, Aryan heresies, gross nationalism and a heavy dose of naive anti-intellectualism for a peculiar American strain of what I will tactfully call spiritual sophistry. As a pastor by the name of Reverend Cornell West has noted, “the fundamentalist Christians want to be fundamental about everything, except ‘love thy neighbor.'” I couldn't agree more. So, I decided to make that this week's commentary (I never liked the word 'sermon', it seems too stiff and formal to me). Here are some verses we liberal Christians wish they would get more “fundamentalist” about:


1. Immigration: The verse: “When a stranger sojourns with you in your land, you shall not do him wrong. You shall treat the stranger who sojourns with you as the native among you, and you shall love him as yourself, for you were strangers in the land of Egypt: I am the Lord your God.” - Leviticus 19:33-34, KJV.


Bogus 'Christians' hate this verse because fundamentalists are almost universally xenophobic. The truth of the matter is religious fundamentalism is only a reaction to the multiculturalism of a liberal democracy, and particularly in multicultural churches. Rather than seeking a “brotherhood of man,” religious fundamentalism longs for a colonial community, without the necessary friction from those with foreign beliefs, cultures and customs, and especially with different skin colors. We are called to discern among “sojourners”. The original meaning of this word in this context is 'those who move about from place to place'. This looks to me like a euphemism for what some call 'illegal immigrants'. People looking for a home have been around ever since humankind began to explore the earth. (the New International version translates 'sojourners' as “aliens”, which has a more familiar right to it) There are currently 11 million illegal immigrants who want to become citizens, with likely an additional 20 million family members as new citizens within about a decade. What does God say about those who hate without cause and mistreat foreigners? “I will be a swift witness against… those who oppress the hired worker in his wages, the widow and the fatherless, against … those who thrust aside the sojourner, and do not fear me, says the Lord of hosts.” Malachi 3:5., KJV


“Now listen, you rich people, weep and wail because of the misery that is coming upon you. Your wealth has rotted, and moths have eaten your clothes. Your gold and silver are corroded. Their corrosion will testify against you and eat your flesh like fire. You have hoarded wealth in the last days. Look! The wages you failed to pay the workmen who mowed your fields are crying out against you. The cries of the harvesters have reached the ears of the Lord Almighty. You have lived on earth in luxury and self-indulgence. You have fattened yourselves in the day of slaughter. You have condemned and murdered innocent men, who were not opposing you.” James 5: 1-6, NIV


To myself, at least, one of the most absolutely hilarious aspects of modern-day, far-right Christianity is its reverence of capitalism. That’s because Christ could be considered anti-capitalist, as well as Moses (see Exodus 22: 25-27, in any Biblical version you like). Consider that there is some version of the story of the rich man approaching Jesus that appears in every Gospel. In the Gospel of Mark, Jesus tells the rich man, “go, sell all that you have and give to the poor, and you will have treasure in heaven.” (Mark 10:21) The story of Lazarus should similarly terrify modern day fundamentalists. Lazarus is a beggar who waits outside of a rich man’s house and begs for scraps. When both Lazarus and the rich man die, Lazarus ends up in heaven, while the rich man ends up in hell. When the rich man begs for water, Abraham says, “Child, remember that you in your lifetime received your good things, and Lazarus in like manner bad things; but now he is comforted here, and you are in anguish.” Luke 19:25.

So-called “conservative Christians” (the very term is an oxymoron) hate these verses because the only thing fundamentalists dislike more than immigrants is poor people. Seriously. A former Tea Party congressman once said he thought the government should cut food stamps entirely, “The role of citizens, of Christians, of humanity is to take care of each other, but not for Washington to steal from those in the country and give to others in the country.” Former congressional representative Michelle Bachmann has also made a similar statement. The entire Tea Party movement is based on the idea that a huge portion of Americans are “takers” who suck the lifeblood out of the economy. Never mind the fact that the reason all those people aren't working is because their jobs got exported overseas for pennies on the dollar, leaving them destitute. The majority of Christian “fundamentalists” insist that poverty be explained in terms of a personal moral failure, or even mass incompetence. They therefore hold that success should be described in terms of morality, when in fact the Bible says quite the opposite: “In the last days many will compare godliness with gain”. The poor are considered culpable so that they can be punished – like today’s cuts to food stamps or the public shaming of those on disability, welfare or unemployment.

3: The Environment The Verses: “So God created man in his own image, in the image of God he created him; male and female he created them. God blessed them and said to them, 'Be fruitful and increase in number, fill the earth and subdue it. Rule over the fish of the sea and the birds of the air and over every living creature that moves on the ground.” Genesis 1:27-28


Why do so many fundamentalists twist and distort these verses? In Genesis, man is given stewardship of the Earth, God’s creation. Stewardship in the Christian tradition implies protection. Man should exist in harmony with the earth, not work against it. Jesus Christ once told his followers: “No one can serve two masters. Either you will hate the one and love the other, or you will be devoted to the one and despise the other. You cannot serve both God and money.” - Luke 16:13. Increasingly, the religious right (which is neither, by the way) is trying to do exactly that, intertwining Evangelical fundamentalism with unfettered capitalism — with disastrous results for the earth's environment and the US job market. Thus, American political life is increasingly dominated by Christians from the extreme right who reject the religious ethos in favor of capitalist ethos. It is these same Christian right wing nuts who seeks to discredit the threat of global warming. It also claims the threat of climate change is “alarmist” and fears that efforts to clamp down on emissions will hurt the poor (read: Fortune 500 corporations). In reality, climate change will have its greatest effect on people living on less than a dollar a day who can not adapt to higher temperatures. Conservative Evangelicals are not concerned with dwindling biodiversity, the destruction of ecosystem, rampant pollution, global warming and the numerous other environmental challenges we face. Rather they, with the business community, are only concerned with the bottom line. The future is irrelevant (unless we’re talking about government debt). Thus, the Biblical command to protect the environment is quietly swept under the rug.

4. War The Verses: “You have heard that it was said, ‘An eye for an eye and a tooth for a tooth.’ But I say to you, Do not resist the one who is evil. But if anyone slaps you on the right cheek, turn to him the other also. And if anyone would sue you and take your tunic, let him have your cloak as well. And if anyone forces you to go one mile, go with him two miles.” - Matthew 5: 38-42, NIV “You have heard that it was said, ‘You shall love your neighbor and hate your enemy.’ But I say to you, Love your enemies and pray for those who persecute you, so that you may be sons of your Father who is in heaven.” - Matthew 5: 43–45.


As a religious and political movement, fundamentalists have defined themselves as a party of opposition, rather than of love, grace and mercy. Some scholars are erroneously calling this a “third great awakening”, even though it is different from the other two. This one is full of contempt disguised as piety toward those whose understanding of religion fails to meet their lofty standards. While past “Great Awakenings” have looked inward, seeing sin within the conflicted self, this new awakening looks outward, seeing sin in the wider culture. The culture, which is secular, is evil, while the church is sacred. This is why modern religious fundamentalism gravitates towards xenophobia, homophobia, sexism, etc. Fear and disgust are its motivating factors. This fundamentalism inclines some religious people toward a preemptive “war of religion” and a strong disgust (that sometimes culminates in violence) toward Muslims and gay people. Oddly enough, the Christian tradition has developed a theory of “Just War” (developed by Thomas Aquinas) which condemns war except when all other options have been exhausted and there is just treatment of prisoners (with a specific condemnation of torture). If only one of the past two “Christian” presidents had listened.


Although the right often claims the Bible supports their absurd ideas about gender roles, such sexist claims have been thoroughly debunked by theologians. Generally, when you’ll hear an explanation of why women belong in the home, it’ll rely on a misreading of one of Paul’s doctrines. In contrast to Paul, Christ rarely concerned himself with sexual mores, although he clearly was against divorce. He was far more concerned with fighting oppression and injustice. Fundamentalists want to keep women submissive and subservient, but Jesus won’t let them. In Luke, for instance, Jesus is blessed by a priestess named Anna. He praises a woman who stands up to a judge and demands justice. It’s worth noting that in a time when women could not testify in a court of law, all four resurrection stories have women arriving first to Jesus’ tomb. Jesus talks with a Samaritan woman at a well even though Jews had nothing to do with Samaritans, and he praises Mary Magdalene for listening to his words (see Luke 10:38-42). These verses are powerful and I believe that they should be carefully considered.

I'm becoming increasingly concerned that Christianity and religion in general is represented by its most ultra-conservative, fundamentalist elements. Remember that Karl Marx drew his inspiration for the famous quote “From each according to his abilities, to each according to his needs” from the example of the early church (Acts 4:32-35). But once the moral potshots are finished, we all have to face the fundamental and aching deprivation of having been born. We can continue to have a fun time berating those who believe the Bible explains science. The Christian message doesn’t contradict science, and nor is it concerned with American politics. Ultimately, Christianity is about transcending politics and fighting for social and economic justice. Think of Rev. Dr. Martin Luther King Jr., Archbishop Desmond Tutu, Nelson Mandela, Mahatma Gandhi and Malcolm X – all of whom were influenced by their religion to change the world. Jesus saw how oppression and oppressors consumed the world. He has, as always, sided with the oppressed. This Johnny-come-lately of skewed fundamentalism I'm writing about is radically new and far removed from true Christianity. True Christianity offers us a far superior doctrine — one of social justice, love and equality. When we practice all of these, we are following Christ regardless of religious denomination.

Posted by The Progressive Christian Blog at 1:07:00 PM