Governor Cuomo, the Abortion Debate, and the Part Everyone's Missing

What Does The Bible Tell Us About Abortion?
by Minister Paul J. Bern
For a website view, click here :-) 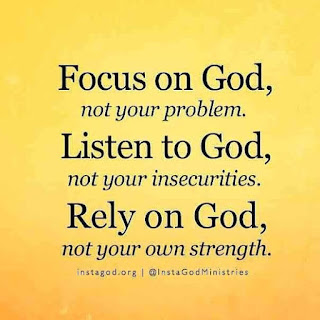 Without a doubt, this week's commentary is inspired by what transpired this past week in the state of New York, where the abortion law has been amended to legalize abortion right up until the point of birth. The law expands the state’s already liberal abortion laws to allow late-term abortions when “the patient is within 24 weeks from the commencement of pregnancy, or there is an absence of fetal viability, or the abortion is necessary to protect the patient’s life or health.” I offer this quote from the Philadelphia Inquirer as further explanation: “The law passed this week makes it impossible for the government to prevent a woman from choosing an abortion during the first six months. The state cannot step in to stop her. This could be catastrophic. Imagine if women in America could wait up to six months to choose to abort their babies for issues.... less devastating than Down syndrome. What if a woman chose to abort because she wanted a boy instead of a girl? That’s feasible under Cuomo’s law.”


The article continues: “The law also legalizes abortion up to the moment of birth if the mother’s life is in danger. In short: The law values the life of the mother more than the life of the child.” As this was being signed into law by governor Andrew Cuomo, the governor stated he “was opposed to abortion personally, but would not deprive others of that 'right.'” By the way, Andrew Cuomo is a Catholic. The Catholic church is by and large opposed to abortion, but usually for the wrong reasons. A prevented abortion becomes a new Catholic convert. That means more members, more robust Sunday collections during mass, and more priests and nuns for the Vatican to recruit.


Many people presume that a human being is created at the time of conception, but this belief is not supported medically or by the Bible. The fact that a living sperm penetrates a living ovum resulting in the formation of a living fetus does not mean that the fetus is a living human being, or at least not immediately. According to the Bible, a fetus is not a living person with a soul until after drawing its first breath. Allow me to explain the results of my research on this very touchy subject as delicately as possible.


First of all, God formed man according to Genesis 2:7, which says, “... the Lord formed man from the dust of the ground and breathed into his nostrils the breath of life, and man became a living being”. Although the man was fully formed by God in all respects, he was not a living being until after God put breath into him. In Job 33:4, it states: “The spirit of God has made me, and the breath of the Almighty gives me life.” We were all formed prior to our birth, but we weren't living beings until God breathed life unto us. Again, to quote Ezekiel 37 verses 5 and 6, “This is what the Sovereign Lord says to these bones: 'I will make breath to enter you, and you will come to life. I will attach tendons to you, and make flesh to come upon you and cover you with skin; and put breath in you, and you will come to life. Then you will know that I am the Lord'.”


The Bible also spells out the appropriate level of punishment for those who would dare to hurt the unborn. In Exodus 21:22 it is written: “If men who are fighting hit a pregnant woman and she gives birth prematurely but there is no serious injury, the offender must be fined whatever the woman's husband demands and the court allows. But if there is serious injury, you are to take life for life, eye for eye, tooth for tooth, hand for hand, foot for foot, burn for burn, wound for wound, and bruise for bruise”. It should be quite clear from this that the aborted fetus is not considered a living human being since the resulting punishment for the abortion is nothing more than a fine; it is not classified by the Bible as a capital offense under these circumstances unless the baby, its mother, or both are intentionally harmed or killed.


It is further stated in 1st Corinthians chapter 3 verse 16, “Don't you know that you yourselves are God's temple and God's Spirit lives in you?” We are only alive in Christ when we die to ourselves. An unborn fetus lives within the womb, but is not yet a human being until it draws its first breath. Can God live within the unborn baby? Well, the Bible does say, “All things are possible with God”, that is true and I believe it wholeheartedly. But as I have already pointed out, the Bible is absolutely clear that a baby is not a human being until it draws its first breath, so that question is actually besides the point. The physical body of the unborn fetus is surely there, but as before, that body isn't breathing yet.


Destroying a living fetus does not equate to killing a grown, living human being even though the fetus definitely has the potential of becoming a human being. One can not kill something that has not been born or taken a breath. This means that a stillborn would not be considered a human being either. Of course, every living sperm has the potential of becoming a human being although not even one in a million will make it; the rest are aborted. It would appear that God does not have any more regard for the loss of a sperm than he does for the loss of a placenta, or of a foreskin during circumcision, despite the fact that these were living tissue as the result of conception.


Now let's take this to the next level, which has to do with being born again in the Spirit. When Jesus taught Nicodemus about being born again he said, “I tell you the truth, no one can enter the kingdom of God unless he is born of the water and of the Spirit. Flesh gives birth to flesh, and spirit gives birth to Spirit. You should not be surprised at my saying, 'you must be born again'. The wind blows wherever it pleases. You hear its sound, but you cannot tell where it comes from or where it is going. So it is with everyone born of the Spirit.” (John chapter 3, verses 5-8)


Flesh gives birth to flesh, and spirit to Spirit. Being born of the water is a reference to childbirth first and to water baptism secondly. Being born of the Spirit of Christ refers to the baptism of the Holy Spirit. Plus, when we read our Bible, it says quite clearly in Galatians chapter two and verse 20, “I have been crucified with Christ and I no longer live, but Christ lives in me”. If the apostle Paul has been crucified with Jesus and died with him, then we are charged with the duty of being followers of Jesus right up to the very end as well. This is what being born again actually means.


In a number of versions of the Bible, one of the commandments in Exodus 20 that was spoken by God to Moses states: “You shall not kill”. According to the Mosaic text, this should read “You must not murder”, since the Bible has commandments stating that people shall be put to death for a number of different offenses. Exodus 21:17 states: “Whoever curses his father or mother shall be put to death.” There are also other capital offenses listed in Exodus 21. The popular ten commandments (in the original text there are over 600 of them) that are enumerated in Exodus 20 were given by God to Moses on tablets of stone. Verse 13 simply says, “You shall not murder”. That sums it up very nicely, I think. There is nothing in the Bible to indicate that a fetus is considered to be anything other than living tissue and, according to Scripture, it does not become a living being until after it has taken its first breath. Meaning, abortion is not necessarily murder.


Those who say, "If you're a Christian, you have to be against abortion, support our troops no matter what their mission, and therefore you must also vote conservative Republican," are simply reciting talking points from false teachers. There are a disturbing number of these people who have infiltrated the Church who are doing this very thing. Many cite the scripture found in Jeremiah 1:5, "Before I formed you in the womb I knew you, before you were born I set you apart; I appointed you as a prophet to the nations." God is omnipotent. He has known all of us since before creation. In Numbers 5 describes "the Lord" ordering an abortion. It's clearly stated in verse 22, "May this water that brings a curse enter your body so that your abdomen swells or your womb miscarries." Many argue that this is a misinterpretation, but I'm not so sure about that. It is better to err on the side of caution with regard to the Lord than not. Before false teachers turned the issue of reproductive choice into a political football, views on this matter were far less extreme.


Does this mean I am pro-life or pro-choice? Sorry, but I will not allow anyone to label and compartmentalize me like that. In many cases, I think that if the mother does not want the baby then she should put the child up for adoption. On that topic, why do women get pregnant in the first place? Often it's due to lack of access to birth control. The cure is national health insurance, such as Medicare for all which would include access to prescription drugs at minimal cost. You know, like birth control pills or other contraceptives?

In cases where abortion is necessary, such as when the baby is already dead before birth, in cases of rape or incest, or when the mother's life is in jeopardy, in those events an abortion should be performed by qualified medical personnel or under a doctor's direct supervision. But those are the only exceptions. In the end, if abortion was such a grievous sin Jesus would have mentioned it. He never did. While I am personally against abortion, I do not presume to tell women what they can or cannot do to or with their bodies. Enough said!
Posted by The Progressive Christian Blog at 11:44:00 AM