A Few Words About Separating Children From Their Parents
and What the Real Bible Has to Say About It
by Pastor Paul J. Bern
For better small screen or website viewing, click here :-) 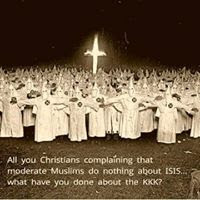 By now most everyone has heard about the outrageous remarks made by White House Propaganda Minister (um, I meant Press Secretary) Sarah Huckabee Sanders. You know, when she said that since the Bible says we have to be law-abiding citizens, it's perfectly fine to forcibly separate children from their parents at America's southern border. Before I get too deep into this, let me give a partial quote from the original article.


(Al Jazeera News) “White House Press Secretary Sarah Sanders has seemingly invoked the Bible to justify the Trump administration's policy of separating children from migrants caught crossing the US-Mexico border, drawing anger and ridicule from many online. At a press briefing on Thursday evening, Sanders responded to a question put forward by CNN journalist Jim Acosta on US Attorney General Jeff Sessions' use of Christian scripture to justify detaining children separately from their parents. Acosta asked Sanders to point out where in the Bible the policy found its moral justification. "Where in the Bible does it say it is moral to take children away from their mothers?" he asked. Sanders responded: "I am not aware of the attorney general's comments or what he would be referencing ... I can say it is very biblical to enforce the law, that is repeated a number of times throughout the Bible." When pressed to point out a specific verse justifying the policy by Acosta, Sanders lashed out at the journalist. "I know it's hard for you to understand even short sentences I guess," she said, before going on to blame "loopholes" created by the Democrats for the policy. The comments from Sanders and the similar sentiment expressed by Sessions have earned the ire of many on social media.”


“Some cited biblical passages that emphasized the need to do justice by the poor and oppressed, while others pointed out the contradiction in justifying a policy, only to blame (the Democrats) for its existence..... "So, Sarah Huckabee Sanders is blaming Democrats for the Trump regime's ripping children away from their families and throwing them in prison camps whilst her and Jeff Sessions are citing the Bible to explain why it's all okay. They are about as Christian as Kim Jong Un is," wrote twitter user Ricky Davila.”

“The issue of child separation on the US-Mexico border has drawn widespread protests since it came to light last month..... In May, Attorney General Jeff Sessions reiterated the threat to prosecute those who made the crossing. "If you're smuggling a child, then we're going to prosecute you, and that child will be separated from you, probably, as required by law." The "zero tolerance" approach has drawn criticism from those on both sides of the political spectrum, including from the UN human rights office, which said the practice "amounts to arbitrary and unlawful interference in family life, and is a serious violation of the rights of a child". The number of interior removals - or deportations of those already in the US - grew by 37 percent during Trump's first year in office when compared with the same period in 2016, according to government data. Sessions has also recently come under fire for issuing a ruling that may make it nearly impossible for domestic abuse and gang violence survivors to seek asylum in the US.”

First of all, I assume you saw where this article came from – Al Jazeera! The reason I picked this article was to show you all you can't trust the American news media to tell you the real story. And the real story is that we now live in a country where many people – but not all, since people like myself practice unconditional love and compassion – think it's perfectly OK to forcibly separate children from their parents because they are allegedly “illegal aliens”. Let me remind Sarah Sanders, president Trump and Attorney General Jeff Sessions that there is no such thing as an illegal human being (“The earth is the Lord's, and everything in it”, Psalm 108: 1 and, “The whole earth is full of His glory”, Isaiah 6: 3). People have been coming to America illegally for 400 years, so this is nothing new. Some came on slave ships, but that was legal. So how come it's illegal to cross our borders when they are not slaves?

Moreover, America's northern border with Canada is at least as porous as its southern border, if not even more so. Nobody says a word about this. Do you know why? It's because Canadians are mostly white. Latino/Latina people are mostly brown. It's all about race, Jeff Sessions and Sarah Sanders and all those before you, the multitudes of bigots who insist that it's 'my way or the highway'. Nonwhite people please stay away from us Anglo's, they say when no one is around. Blacks and Hispanics are not welcome in many Caucasian neighborhoods, and would be told (not asked, mind you) to leave most conservative white churches. The state of American spirituality is pathetic indeed!

So what was the Bible passage Jeff Sessions and Sarah Sanders were quoting from? It was Romans chapter 13, the first 5 verses, and I quote: ““Everyone must submit himself to the governing authorities, for there is no authority except that which God has established. The authorities that exist have been established by God. Consequently, he who rebels against the authority is rebelling against what God has instituted, and those who do so will bring judgment on themselves. For rulers hold no terror for those who do right, but for those who do wrong. Do you want to be free from fear of the one in authority? Then do what is right and he will commend you. For he is God's servant to do you good. But if you do wrong, be afraid, for he does not bear the sword for nothing. He is God's servant, an agent of wrath to bring punishment on the wrongdoer. Therefore, it is necessary to submit to the authorities, not only because of possible punishment but also because of conscience. This is also why you pay taxes, for the authorities are God's servants, who give their full time to governing. Give everyone what you owe him: If you owe taxes, then pay taxes; if revenue, then revenue; if respect, then respect; if honor, then honor.”

What are some additional examples of what the Bible says about the treatment of children? “Train a child in the way they should go, and when he gets older he will not forget about it”, (Proverbs22: 6) is one example. How can these incarcerated children learn when their parents are not there to teach them? Another example is Proverbs 29 verse 15, “A child left to himself disgraces his mother.” Jesus mentioned children on numerous occasions. One of his most memorable is from Matthew's gospel chapter 19, verse 14: “Let the little children come unto me, and do not hinder them. For I tell you truthfully, the kingdom of Heaven is made of such as these.” So you see, people, God made all the little children just like you and me. And God made these various children from various cultures, backgrounds, races and ethnicity's with different skin colors to teach us all about the richness of diversity, as well as teaching us to have some tolerance for those whose physical appearance and mannerisms are different than our own. Never forget that the same Almighty God has made us all!
Posted by The Progressive Christian Blog at 12:16:00 PM