Reasons Why the New "Tax Deal" Is So Unfair, and What We Can Do About It

Fair Warning to All Rich Oppressors;
Not From Myself, But From God
by Pastor Paul J. Bern
For better small screen viewing, click here :-) 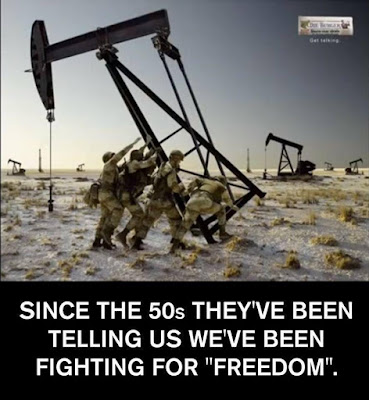 I am finding myself witnessing once again what amounts to the enforced liquidation of America's middle class, coming in the form of president Trump's new tax bill. This recently-passed piece of legislation cuts funding for the poorest, most vulnerable of Americans and gives it all to the richest 10% of US taxpayers. These funds will be distributed in the form of various tax breaks for individuals and corporations who don't need them because they already pay too little – with the bulk of the tax burden shouldered by America's middle and working classes. Even though our tax refunds will be bigger next year, so will the tax rate for the bottom 50% of all Americans. This week I want to share with you all a quotation from the Bible that ties in with this topic very well.

“Woe to those who make unjust laws, to those who issue oppressive decrees, to deprive the poor of their rights and withhold justice for my people, making widows their prey and robbing the fatherless. What will you do on the day of reckoning, when disaster comes from afar? To whom will you run for help? Where will you leave your riches? Nothing will remain except to cringe among the captives or fall among the slain. Yet for all this, his anger is not turned away, his hand still upraised.” (Isaiah chapter 10, verses 1-4)

What's a modern example of what the prophet Isaiah wrote about here, which was roughly 2,700 years ago? The pathetic state of wages, globally speaking, is the first thing that comes to my mind. If any one of you has ever had to take a minimum wage job – and I would define anything under $12.00 per hour to be a 'minimal wage' – then you know exactly what I mean. Here in Atlanta, Ga. the minimum is still set at a paltry $7.25 per hour. There are lots of homeless shelters in and near downtown Atlanta, and they all stay full, and with 'waiting lists' to boot. Georgia's ultra-low minimum wage is the reason why. Do the math and it's easy to see why these hapless individuals can't rent apartments.

Another example of a modern-day “unjust law” is most definitely the Drug War, which is actually a massive race-based roundup of the poor. These are mostly people of color, mainly Black and Latino(a), and it is no coincidence that they are the ones who can least afford to hire a lawyer. Moreover, as I proved conclusively in my 2016 book, “Cannabis Legalization and the Bible: Compatible or Not?”, the Marijuana plant was made by God on the third day of Creation (see Genesis 1: 11). Cigarettes are legal, they kill over 50,000 people annually, and everybody's just fine with that, particularly law enforcement (“You will smoke these and you will like them”). But marijuana, which is classified as a dangerous drug when it is not, remains illegal. This is a whole series of laws designed to prosecute those who use a substance that can't be taxed. The Drug War is all about the money, including the huge profits being “earned” by the private prison industry. It has nothing to do with justice whatsoever!

What's an example of an “oppressive decree”? One example would be the federal income tax, which was passed in 1919 so America could pay her debts incurred by the First World War. This was a law passed at 3AM and signed by only a handful of people. By the time Congress found out about it when they convened around the first of the following week, and since news traveled so slowly back then, there was nothing they could do even though a lot of lawmakers were very upset at that time. Another example of an “oppressive decree” would be the Patriot Act, which has been renewed 3 times since 2001 even though it is being used against American citizens as well as foreign nationals. In this respect, the Patriot Act as it is currently written and being implemented is unconstitutional!

“What will you do on the day of reckoning, when disaster comes from afar? To whom will you run for help? Where will you leave your riches?” I have already shown that the prophet was referring to the End Times, or Last Days, which I have clearly depicted in previous weekly commentary's. I have also proven conclusively that the United States is Mystery Babylon in Ezekiel chapter 7, Zechariah chapter 12, and Revelation chapter18. I fully realize that what I'm about to write here is not a popular topic, but the Bible clearly states that the USA is going to endure a nuclear attack at some point in the not-too-distant future. Whether this attack comes in the form of a lone terrorist bomb or from a nuclear tactical first strike from Russia and China combined, I can't say. I do not have access to any such information except that which God gives me, or that He helps me deduce on my own. So the conclusion here in verse 3 is that the “day of reckoning” is a day in the fairly near future when the Nuclear Age, which was started by the USA with the twin nuclear attacks on Hiroshima and Nagasaki, Japan, will soon come back and bite America in the backside. This 'blow-back' from 73 years ago will be absolutely devastating to America! Personally, I have become concerned enough about my country's future that I just went and got myself a passport!

“Nothing will remain except to cringe among the captives or fall among the slain. Yet for all this, his anger is not turned away, his hand still upraised.” As I mentioned before, there are still a lot of people who get infuriated when I write or tell them that this verse and others like it throughout the Bible are talking about the United States. But it's true! Just look around you. America's military is stretched dangerously thin in a number of places around the globe. America now has over 750 military bases scattered around the world in about 160 countries at last count. It takes lots and lots of people to man those bases. Many of them are costly and simply unneeded.

But before any of them can be shut down, the Deep State itself must first be shut down. But is it moral for Christians to participate in such seditious activities? Not normally, but in cases where the government is corrupt to the core, and in cases where the government threatens the livelihood and personal safety of its citizens, then yes – it is not only OK, but such activities should be encouraged whether in or out of church. There are a number of nonviolent ways this can be accomplished, like hack attacks on their computer infrastructure or ransomware attacks, to name 2 examples. Similar attacks on its 'players' would be still another. I'm sure you can think of more, and then implement them. But by all means, do something! Because if we don't, what little is left of civil liberties in America, like the freedom of speech that makes my writing this Web posting possible, will be gone forever.
Posted by The Progressive Christian Blog at 1:38:00 PM