Echoes of a Bygone Era in Charlottesville, Virginia

Racism and “White Nationalism” Have No Place
in 21st Century America
by Pastor Paul J. Bern
To view this in any browser, click here! :-) 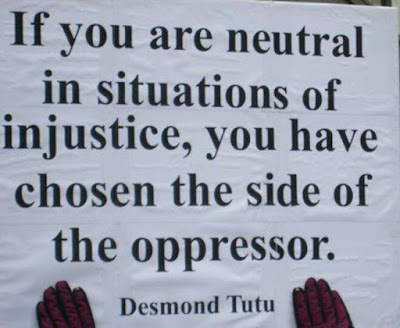 I once saw a one-hour documentary on cable TV (back in the days when I still watched TV) that was all about neo-Nazi skinheads, their swastika tattoos and flags, and how they are organized into gangs that operate outside the law. The extreme racial hatred of these people was chronicled by this cable channel in raw detail. It showed how these organizations recruit new members over the Internet, and how they support themselves by selling drugs and guns. I clearly remember how appalled I was as I watched this documentary with all the hate and violence perpetrated by these racist organizations. It made me think about the first book of John in the New Testament and what it says about those who harbor racist hate.


“Anyone who claims to be in the light but hates his brother is still in darkness. Whoever loves his brother lives in the light, and there is nothing in him to make him stumble. But whoever hates his brother is in the darkness and walks around in the darkness; he does not know where he is going because the darkness has blinded him.” (1st John 2, verses 9-11) Fast forward to the present, and we had a very public example this past week of politicized, racist behavior in connection with the riots in Charlottesville, Va. this past Friday and Saturday. So-called “white nationalists” put on this big public demonstration and parade, and all the while there were equally numerous anti-bigotry counter-protesters, resulting in an inevitable clash between the two that would up on global TV news outlets. The death toll from these incidents has just risen to 3 as I write this. Was it really worth 3 human lives just so hatred and intolerance could be better expressed? I think not!!


Ask people if they love God or not and the vast majority will say yes, excluding the atheists. (Atheists have themselves as their own gods, so they engage in what amounts to self-worship.) Yet how many of us harbor hate, intolerance and mistrust towards groups of people who are different from us for various reasons? Religion, race, nationality, age, gender, sexual orientation and especially differences in economic status are some of the most common examples. We can't love God and at the same time hate that which He has created. This can range from laughing at a racial joke all the way up to mass murder in schools, churches or movie theaters. The underlying message implied by these things is that there are some people who think that they are somehow better than everybody else. “I think I'm better than you”, is the basis for their opinions, and that's wrong! God created us all and He sees us as equals, as it is written: “Rich and poor have this in common; the Lord is the Maker of them all.” (Proverbs 22: 2)


It is high time for these condescending, racist “white nationalist” people to begin seeing themselves as peers as God has commanded us to! Otherwise, things can go terribly wrong in a hurry, as we have already seen on TV. In this next quote the apostle John, the younger half-brother of Jesus, takes this a step further. “If anyone says,'I love God', yet hates his brother, he is a liar. For anyone who does not love his brother, whom he has seen, cannot love God, whom he has not seen. And He has given us this command: whoever loves God must also love his brother.” (1st John 4, verses 20-21)


If there is one thing we can say about this passage of Scripture, it is that John tells it like it really is. He minces no words with this last quote, “whoever loves God must also love his brother”. That was not just an idea or a suggestion. This is how we are to be conducting ourselves in everyday living. If we love God, then we are to love that which he has created. “For anyone who does not love his brother, whom he has seen, cannot love God, whom he has not seen”. It's hard to get any more blunt and direct than that. So, people who are racially prejudiced and hate-filled but still go to church, do so in vain! They are committing a gross injustice against people of color by their racism, which is why racism is an injustice in God's eyes! Does the Bible have anything else to say about injustice? In fact it has volumes of commentary and Godly commands that humankind is charged with the task of following. Isaiah 30, verse 18 says, “Yet the Lord longs to be gracious to you; He rises to show you compassion. For the Lord is a God of justice. Blessed are all who wait for him!”. Zechariah chapter 7, verse 9 says, “Administer true justice; show mercy and compassion to one another.” Here is one Bible verse that I can truly say a certain Texas state trooper violated when he racially profiled Sandra Bland due to her broken tail-light and Black complexion back in 2015. That, combined with her out-of-state tag, made that officer indirectly responsible for her untimely demise. I wonder how he sleeps at night?


There are many varieties of bigotry, intolerance and prejudice. It can be racial. Do you hate black or white people? What about the Latino immigrants, who are in fact economic refugees from Mexico and Central America? It can be gender-based. Are you a guy who hates women or vice verse? There are people like that, more than one might think. Speaking of sex, do you hate gay people? We may not agree with their lifestyle, and many say they are in sin, but that doesn't give us the right to despise them. Although we believe the Bible says homosexuality is a sin as the majority of Christians do, that give us no license to hate the sinner. Just because they are different than you doesn't make them any worse or yourself any better. Sexual sin is still sexual sin, and questions about same-sex as opposed to opposite sex attraction are, to me, besides the point. The same goes for age discrimination. Ask any older worker who has been turned down for a job in favor of a younger candidate to describe that experience. I've walked a mile in those shoes myself. What about homeless people? Do you tend to not tolerate or fear the homeless? What about the mentally ill? Moreover, economic discrimination is the worst kind of prejudice because it affects the largest group of people, since 99% of America's wealth is squarely in the hands of the top 1% of the US population. What is the antidote for this social sickness? How do we overcome all the artificial barriers that constitute hate, intolerance and prejudice? How can we put forth fundamental change in these areas? For the answer to this pressing question, let's refer one last time to the apostle John.


“Dear friends, let us love one another, for love comes from God. Everyone who loves has been born of God and knows God. Whoever does not love does not know God, because God is love. This is how God showed His love among us: He sent his one and only Son into the world that we might live through Him. This is love: not that we loved God, but that He loved us and sent his Son as an atoning sacrifice for our sins. Dear friends, since God so loved us, we also ought to love one another. No one has ever seen God; but if we love one another, God lives in us and His love is made complete in us....There is no fear in love. But perfect love drives out fear, because fear has to do with punishment. The one who fears is not made perfect in love. We love because He first loved us.” (1st John 4; verses 7-12, 18-19)


Love is the perfect eraser for hate. Bigotry, intolerance and prejudice are based on fear – fear of what we don't understand – and hate, which itself is pure evil because it is derived from contempt. To overcome this, try volunteering in an inner city ministry where you live, or maybe at a food bank or in a homeless shelter, or at the church you attend. It will open your eyes to a whole different world. Hunger in America is real, near-panic over America's future is too, and they are ever-present. The middle class is disappearing because big multinational corporations have exported all the good middle class jobs for pennies on the dollar to emerging countries and economies worldwide. At this point, the only thing left that “we the people” can do about it is an outright revolt, but the violence in Charlottesville, Va. was not the way to go about it! Instead, our churches should be a very good places to start, whether it be for ministry, community outreach or even outright revolution (think “Black Robed Regiment” from the US Revolutionary war). But, if churches aren't your first choice, there are lots of other nonprofits out there such as Goodwill, the Veterans Association and so on. Better yet, start a movement of your own. By volunteering or being a missionary in the poorest parts of your city or town, that is just one way we can combat racism and poverty as an entire nation. From this kind of a ministry we can gain understanding, from understanding tolerance, from tolerance compassion, and from compassion empathy. These are the antidotes for racism, bigotry, prejudice and intolerance. This is how we as a nation can stop hate in its tracks. This is how we as a united American people can ensure there are no more Sandra Bland's (RIP kid sister, you are not forgotten) or Charlottesville, Virginia's. Hate is no longer OK, it isn't even tolerable for those with a strong sense of conscience and a deep desire for justice. You will be surprised at what a positive effect this can have on your outlook on life. It works for me! And the God of peace, a holy peace that is beyond normal human comprehension, will be with you all when you do so.