Left Behind: Corruption From the Top Down is an Injustice

Our Political, Business and Religious Leaders Are
Ignoring Their Taxpayers, Workers and Membership
by Pastor Paul J. Bern
To view this on the Web, click here! :-) 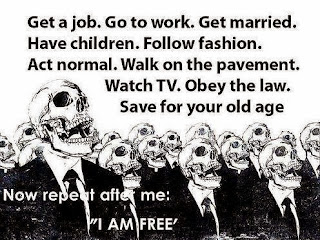 Sooner or later, it happens to each of us. There always will be at least one situation in our lives that we cannot fix, control, explain, change or even understand. Maybe you’ve been laid off from a job you've held for years. Perhaps you’ve experienced a nasty divorce (been there, done that). Or maybe the crisis is more subtle: One suddenly realizes they’ll never have the life they dreamed of living. Any life-changing moment can knock a person down. But it can also open doors if one learns how to “fall upward.”


Older Americans like myself face a two-sided problem: many religious leaders are paying more attention to the collection plate than to us, and the government has been trampling its constituency underfoot for decades while pandering to Wall Street and corporate America. President Trump has already started renegotiating trade agreements, but in many states like Georgia where I live, the minimum wage is still stuck at $7.25 hourly. Much of contemporary religion is geared toward teaching people how to navigate the first half of their lives, when they’re building careers and families, a kind of “goal-oriented” spirituality. Yet there’s less help for people dealing with the challenges of aging: age discrimination in the workplace (which is rampant), the loss of health, the death of friends, and coming to terms with mistakes that cannot be undone.


God can function as a spiritual survival guide for hard times as millions of Americans young and old struggle to cope with “falling”: losing their homes, careers and status. The phrase “falling upward” describes a paradox. Nearly everybody will fall in life because they'll be confronted with some type of catastrophic loss or abject failure. Yet failure can lead to growth if a person makes the right decisions. I’ve met people who, because of the loss of things and security, have been able to find grace, freedom and new horizons. They have learned to make the best of what can often be a bad situation.


If you’re falling in any area of your life, one of the first skills to learn is accepting surprises. It’s easy for people to turn bitter when things don’t go as planned. God sees such people all the time, whether throwing tantrums at the airport because of long lines or flocking to angry rallies in opposition to some form of social change. If one doesn’t know how to deal with exceptions, surprise and spontaneity by the time they’re my age, one become a predictable series of responses of paranoia, blame and defensiveness. These circumstances often teach similar lessons about hard times:

[1] Suffering is necessary,
[2] the “false self” must be abandoned, and –
[3] everything belongs, even the sad, absurd and futile parts.

People have learned these hard lessons for centuries, sometimes through myth, but most of the time by trial and error. They must first experience humiliation, loss and suffering before finding enlightenment. They are often forced on their journey by a crisis.


Events like the evaporation of a retirement fund or the death of a spouse can force us to summon strength we didn’t know we had. Forced liquidations of businesses that were once thriving enterprises is another example that comes to mind. The key is not resisting the crisis. We must learn to allow the circumstances of God and life to break us out of our egocentric responses to everything. If we allow ‘the others’ – other people, other events, other religions or cultures – to influence us, we just keep growing. That growth, though, is accompanied by death – the death of the “false self”. The false self is the part of our selves tied to our achievements and possessions. When our false self dies, we start learning how to base our happiness on more eternal sources. We start drawing from our walk with Christ. We learn to distinguish from the essential self and the self that’s only window dressing.


Those who break through the crisis and lose their false selves become different people: Less judgmental, more generous and better able to ignore the evil, selfish or stupid deeds of others. It may sound esoteric, but many of us have met older people like this. They possess what I call “a muted enlightenment” – they’ve suffered but they still smile and give. I’ve seen that in the wonderful older people in my life. There’s a kind of gravitas they have. There’s an easy smile on their faces. These are the people who laugh, who heal, who build bridges, who don’t turn bitter. This “muted enlightenment” shouldn’t be confined to older people. I've met 11-year-old children in cancer wards who are in the second half of life, and I have met 61-year-old men like me who are still in the first half of life.


I challenge the popular notion that success is a natural result of being religious. Our culture is prone to imagine that growth takes place in a sort of constant, upward movement. Even our religious culture tends to focus on success and stability as ideals for religious growth, while overlooking the grace of failure, from which far more growth originates. With Progressive Christianity tradition, loss, collapse and failure have always been seen as not only unavoidable, but even necessary on the path to wisdom, freedom and personal maturity. I know older people like myself, all of whom have vast work experience, who struggled to rebuild their identities after they poured much of their earlier lives’ energies into professional and personal success. That is what happened to me after 2008, when I found myself forced out of the technology profession after an 18-month absence due to several health issues.


Our culture tends to be youth-oriented, and a lot of spirituality is youth oriented. But our elders are the embodiment of the wisdom that life matters at a much deeper level than what we can achieve and produce. Imperfect people are sometimes more equipped than perfect people to help those who are struggling. The person who never makes a mistake and always manages to obey the rules is often a person devoid of compassion. He or she sees people for whom the wheels have fallen off and they wonder 'what’s wrong with them'. But the person who feels that he or she has ruined their life often has more capacity for humility and compassion. I’m embarrassed as I’m getting older about how much of my energy and vitality as a younger man was driven by my ego and a win-lose mentality.


As I've gotten older I find myself driven by something altogether different: The need for rest, and a need for more time for contemplation. As a teacher once told me, “The first half of life, you write the text. The second half of your life is when you write the commentary. You have to process what it all meant.” I will be challenged to follow his and my own advice, and I encourage all of you to do the same. I will spend less energy on my “false self” as my old self dissolves. It will be a relief to me when the process is over. I am ready, though, to fall upward. If I lose my position as a web minister, author and respected church member, I would still feel secure. Most of us don’t learn this until it is taken away, like losing the security of your 401K as your entire career evaporates before your eyes. Then the learning either starts or you circle the wagons.
Posted by The Progressive Christian Blog at 12:41:00 PM