Fighting Back Against Those Who Oppress Us

Ways to Fight Back Against an Evil and Dangerous World
By Rev. Paul J. Bern 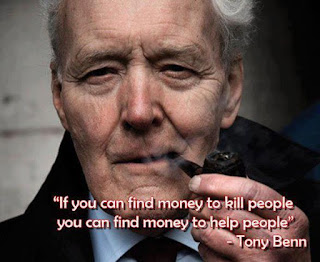 America's electoral process plows ahead towards what could turn out to be a Constitutional meltdown, although I sure hope not. Meanwhile, ever greater numbers of our senior citizens live into their 100's while mired in poverty. The horrific specter of terrorism rears its ugly head as it spreads globally, threatening everything in its path over, ironically, religious differences. One priest/minister saves lepers and drives out demons, another abuses kids. One Nazi ran the ovens while others hid Jews. There's life and death, positive and negative, good and bad in all kinds of folks, even the 'bad' ones. And when we marvel at those contradictions we have a ready explanation. There's good and bad everywhere, in all races, nations, societies. We have yet to bridge our differences in race or culture or nationality or faith, but at least we can all agree on that simple truth while we continue to work on all the others.


We live in a 21st century of instant communication, jumbo jets, knowledge and computing power that grow exponentially, and everything on social media all the time. Nations are beginning to blur; races, ethnicities and various nationalities are mixing, our globe has shrunk to an overheated marble, yet the world seems more fractured than ever. So much divides us while so much more scares us half to death, like the ever-present threat of nuclear war, or a sudden and unexpected job layoff. What unites us? Religion? It could, but having a personal relationship with Jesus Christ is much better, because it can unite us all when put into practice, as it is written, “Here is a trustworthy saying: If we died with Him, we will also live with him; if we endure, we will also reign with him; if we disown him, he will also disown us; if we are faithless, he will remain faithful, for he cannot disown himself.” (2nd Timothy chapter 2, verses 11-13) Meaning that Jesus Christ, as always, is and has the answers we are all searching for. The maximum number of true Gods is only one. Yet we've been waging wars for millennia over what to call him and whether he likes his picture shown or not. But while religions, unfortunately, can't agree on the real nature of God, they're remarkably close on people. There is near universal agreement on what makes a good one.

Be kind to people, treat your neighbors well, be hospitable to strangers, pray for your enemies instead of attacking them, love one another, live honestly, and a dozen other virtues seem to comprise the teachings of Jesus. Its a definition of being as close to 'the perfect human' as we can possibly be. All societies agree on them without exception. It's as plain as daytime in the Bible, starting with the four gospels. Humankind has been speaking these words since the first philosopher carved cuneiform into clay.


We must have an instinctive sense of goodness taught by our parents, teachers, pastors and all others who chip in to get the next generation on the right path in life. Goodness is not born into us. The Bible reprimands us that, “All have sinned and fallen short of God's glory” (Romans 3: 22-23). Rather than saying we are all sinners, which is still ever so true, let me put this in a more modern context. We – every last one of us, all of humanity, myself included – are born with a natural enmity towards our Creator. We are like disobedient children, wild horses that cannot be broken in, or dogs that cannot be trained. Not all of us are particularly grateful for being alive, some simply presume they're supposed to be here.

Moreover, since God made us all with a free will, we are prone to abuse it without considering the consequences first. Many of us have no relationship with God at all, for various reasons that I will decline to judge, at least for now. That's what “sinful nature” means. We also agree on what makes a bad person: The manipulator, the cheater, the bully, the taker, the liar, the murderer and the thief. We know who we are. The vast majority of us try not to hurt people. We try not to cheat, lie and steal and we're ashamed of ourselves when life drives us to those ends, or when things don't go according to plan. We profess peace on earth and goodwill towards men, yet we Americans in particular look the other way while the USDoD continues to stockpile nuclear weapons. And for ten thousand years we've let the bad people push us around and tell us what to do and whom to do it to. We've let them dominate us because they were mean and ruthless enough to force us, and we were too soft or lazy to stop them until they did terrible damage. We should not ever hesitate to stop evil people.

Bad people are very hard to ignore. You can't avoid a bad person if he or she happens to be your boss at work. And that happens a lot, because bad people seem disproportionately to occupy corner offices and seats on the Board of Directors. They know how to play the cynical, cold hearted game of office politics. That can be rough on you if you work with them. But the worst people also know how to play the high-stakes game of real politics, and that's rough on everybody. Bad people hate, and they convince ordinary good people to hate the same things. Oh sure, there are always a few saints who rise above the evil that bad people do, and they usually die for it. We know about them posthumously from the Bible (Christ's crucifixion, the story of Stephen in Acts 6, 7 & 8, etc.), the King and Kennedy assassinations of the 1960's, stories about 9/11, and books about the Holocaust.

But those aren't good people, they're great people, and we can't count on them because they don't come along every day. But there are always plain old good people around, because there's good and bad in all kinds. To borrow a truism, the only reason bad people succeed is because good people stand by and do nothing. And so this is a call to arms for good people everywhere! We have to stop following the bad people immediately! Without us, bad people lose their power, bad governments lose their legitimacy, ditto for these huge corporations that pollute the earth and poison our food and water. Does anyone reading this who believes in a Higher Power seriously believe that God has not seen all this? Is there anyone remaining who does not understand that God is sitting back waiting for just the right time, just the right set of circumstances and for the worst possible moment to unleash the fury he has stored up for those who know only violence, death and cruelty??

Good people everywhere, I'm speaking to every one of you. We need to go on strike against the world! Let's tell the bullies and haters they no longer exist as far as we're concerned. Let's tell the warmongers we refuse to go to foreign lands and fight their wars, because we don't want to have to kill any more people for the benefit of a few. Let's laugh at the conspiracies of their 'intelligence communities', reject the twisted right wing-nut theories of “American exceptional-ism”, and refuse to be provoked by the aggression of small minorities. Let's tell them we won't play their deadly games anymore! Let's tell them it's over! We're not going to buy their stuff any more, either!Let's tell all the capitalists where they can go with all their junky merchandise, and exactly how to get there! Maybe we can give them an island where they can fight it out to their black hearts' content. Greenland comes to mind, so does Antarctica. Maybe they'll all just kill each other off there, on the island of the damned. Maybe then, and only then, the rest of us can finally have some peace and quiet.
Posted by The Progressive Christian Blog at 1:01:00 PM