The Colin Kaepernick Controversy, Patriotism, and Oppression in America 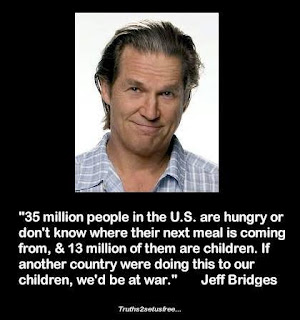 Colin Kaepernick's refusal to stand during the National Anthem this past week – twice so far as of this writing, and I'm observing others who are starting to join him – is something that bears careful thought and quiet contemplation on the part of all Americans. Kaepernick has enraged many, but there are even more people who are saying, “It's about time” with regard to his actions. Since the feelings and reasons run deep on both sides, so do my own. Like the vast majority of other Americans, I truly love my country. The US is and always will be the land of opportunity where free enterprise and private ownership reign supreme. But I am profoundly ashamed of my government. Let me count the reasons why.

[1] One million dead Iraqi civilians. Since 1991, the US military – or the American Empire, as I call it – has “accidentally” killed a million Iraqi civilians. That's twice as many people as there are within the city limits of Atlanta where I live and work. If another country were to so much as attempt to do the same to a million US civilians, we'd be at war!

[2] 25%. That's the number of American school children who go to bed hungry each night. For a country that is allegedly the greatest country in the world, that is simply inexcusable!

[3] One out of five. That's the number of US military personnel who return home after their tour of duty who suffer from permanent psychiatric disabilities as a result of the performance of their duties. Everybody is dancing around the question that needs to be asked – WHY?? Why do 20% of those who go off to fight the American Empire's wars come home with their minds permanently broken and their souls shattered?? Maybe it's from killing people. Ever think of that? What if I'm right, and I think I am in at least some of the cases? There would be one good way to end all that, to put it to a stop permanently. Stop all the wars. End all the bloodshed. Besides, we Americans need those troops here at home to help protect us from the federal government.

[4] Nine Hundred Eighty Six. That's the number of unarmed civilians that were killed by the police in 2015 (source: Washington Post). This has been going on for decades, but the Lame Stream Media had been deliberately suppressing these stories until they became so numerous it was no longer possible to do so. When we add up the number of unarmed persons shot, 'tasered' and killed by the police over the last three decades, the numbers run well into the tens of thousands.

[5] America excels at incarceration. There are more people in jails or prisons here in the United States than there are in the rest of the world combined! To say this is nothing to be proud of would be a gross understatement. Moreover, 56% of all those incarcerated are there for nonviolent drug offenses. The 'war on drugs' is a farce, it can't be won, and it is based on racism and prison for profit, not 'law and order'. As such, the Drug War deserves to fail.

So what do we do to turn all these ugly facts into past history? End all the wars and covert meddling (which the CIA seems to be addicted to) and bring home whatever troops we can. Close entire military bases whenever possible. Shut down and disband NATO, since it no longer serves any purpose (unless, of course, you're part of the top 1% of the economic class). Raise the minimum wage to get our children fed, to lift people out of poverty, and to empty the welfare and SNAP benefits rosters. End the drug war – legalize, regulate and tax cannabis for medical and personal use (although several currently illegal drugs should stay that way, such as heroin). There are so many things we can do differently for the betterment of ourselves and our country. But how do we approach it on a personal level? What's the starting point? Allow me to elaborate on a couple examples.

Mennonite Worker Communities in places like Minnesota, Pennsylvania and others hold worship services and a picnic every Fourth of July. But, instead of extolling the virtues of America, they called attention to its faults. Singing “The Star-Spangled Banner” is out. Reflecting on the contradictions between the Gospel of Christ and the American Dream are in. “We thank you, O God, for the good things we enjoy in our lives," reads a prayer the Mennonite community recites each year, "but lament that our abundance has brought destitution to sisters and brothers throughout the Earth.” These people are, basically, Christian Anti-patriots. Their movement, which has grown more vocal in recent years, is simply an honest way to read – and live out – Jesus' teachings on nonviolence. But it's hard to look at groups like The Mennonite Community and not see an implicit criticism of God-and-country cheer-leading by mainstream Christians and ripples of centuries-old church-state tensions. Some anti-patriots come from pacifist Anabaptist traditions, such as the Mennonite Church. Others come from evangelical backgrounds but have rejected their counterparts' often unreserved patriotism and embraced liberal-leaning communities like Red Letter Christians and JesusRadicals.com. They may differ on theological details, but they hold at least two beliefs in common: You cannot serve both God and country, and you cannot serve both God and money.

Anabaptists such as Mennonites and the Amish were persecuted by state churches in Europe during the 16th and 17th centuries, and their descendants bear a lasting suspicion of human authorities. Many an Amish and Mennonite home keeps a copy of "The Martyr's Mirror," a book thick with testimonies of Anabaptists burned at the stake of orthodoxy. The book's subtitle refers to the martyrs as "defenseless Christians," a nod to Anabaptists' belief that when Jesus called on Christians to turn the other cheek, he was quite serious. None of the Anabaptist groups are anti-American. They are typically grateful for the religious freedom permitted in the United States. Still, in 2011, Goshen College, a Mennonite school in Indiana, banned the singing of “The Star-Spangled Banner” at sporting events because, according to the college’s president, the lyrics were too violent. It may be difficult for some Americans to understand why their countrymen would disassociate themselves from patriotism. What’s the harm in celebrating Independence Day, anyway?

It is easy to judge Islam for the actions of a relative few 'jihadists'. Yet when millions of Americans — a vast majority of them claiming the Christian faith — were complicit with slavery, indigenous genocide, and continued economic exploitation, we suddenly see them as separate from our faith. Jesus called his followers to Christian service and humility, which are the opposite of nationalistic rituals performed on the Fourth of July. A heightened devotion to the nation can cause a lot of confusion abroad when people see claims of a Christian America alongside a long American history of slavery, economic inequality and overheated Hollywood sexuality and violence. I have received quite a few comments about how I should leave this country if I ‘hate’ it so much, even to the point of calling me a 'traitor'. And yet I love America, but I’m not willing to compromise my values as a servant of my only King, the nonviolent revolutionary — Christ Jesus. My train of thought on patriotic things would be: A love for the people of our country is not a bad thing, but why should we stop at America's border?

There have been some other non-patriotic gatherings in major cities, such as the Los Angeles Catholic Worker’s “Mourn on the Fourth of July” peace march in 2008. Still, the non-patriot movement remains small. Everyone knows that other folks think like them, but it isn’t like there are a lot of congregations that self-identify as being non-patriotic. That’s especially true for evangelicals, who lead the country in patriotic fervor. More than 80% of white evangelicals believe that God has granted the United States a "special role" in history, according to a survey released June 27 of this year by the Public Religion Research Institute. More than two-thirds of white evangelicals say they are "very proud" to be an American, outstripping every other religious group polled. So it's not surprising that some conservative Christians find the alliance of progressive evangelicals and non-patriotic Americans troubling, or even dangerous.

But, I disagree with the 'conservative', patriotic Christians on US military force, which they insist is required to maintain order worldwide. Non-patriot Christians, they point out, are naive not to consider the ill effects should the United States abdicate its military power. They would argue, “What would the alternatives be if the USA didn’t exist or withdrew from the world stage? Almost certainly a more dangerous, more anarchic, more repressive, less prosperous world with less opportunity for the poor to escape poverty”. Do I agree with every major policy of our government? No way! Jesus’ identification with the poor, the sick, his teaching, “Love your enemies”, and his refusal to take power when he was here on earth the first time are incompatible with the utterly corrupt political and economic system of the United States. Let’s face it — the Sermon on the Mount makes for lousy foreign or public policy. We can’t have it both ways. That's why I too choose the ways of peace while standing against war and its inherent immorality. We are all faced with the choice of taking sides with Christ, or of annihilation. Just like Colin Kaepernick chose to stand on the side of justice.
Posted by The Progressive Christian Blog at 12:35:00 PM