Of Bogus Prophets and the Truth

Wars, Rumors of Wars, and the Truth
by Pastor Paul J Bern 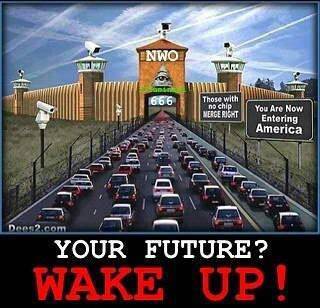 One of the things I did on my own behalf five years ago as I was looking for ways to cut my expenses was canceling my cable TV subscription. My reasons were partly economic, partly practical, and partly because of my Christian faith. I also had practical reasons. I was just getting started with my writing and blogging, so I no longer had time to watch TV. To me at least, there's really nothing much on there worth watching, so why bother? Plus, the news and information channels such as Fox, CNN, the Discovery Channel, the History Channel and so many others are filled with misinformation at best, and propaganda at worst. So, I started streaming videos off the Web, mainly from You Tube, Mypeace.tv and a few others. I have intentionally cut myself off from much of the world, just as it is written: “Jesus said, 'My kingdom is not of this world....” [John chapter 18, verse 36]. It is also a fact mainly known to Jesus followers that real Christians define intelligence differently than anyone else, as it is written: “Do not deceive yourselves. If any of you thinks he is wise by the standards of this age, he should become a “fool” so he may become wise. For the wisdom of this world is foolishness in God's sight.....” [1st Corinthians chapter 3, verses 18-19]. The apostle John, the half-brother of Jesus Christ, also had a comment or two in this regard when he wrote, “Do not love the world or anything in the world. If anyone loves the world, the love of the Father is not in him. For everything in the world – the cravings of sinful man, the lust of his eyes and the boasting of what he has and does – comes not from the Father but from the world. The world and its desires pass away, but the man who does the will of God lives forever.” [1st John chapter 2, verses 15-17, NIV]

These are the underlying reasons, my dear readers, why I have disconnected from the world (I no longer own a radio for the same reasons). There is one very noticeable difference between cable and network television and what's being shown on the internet, besides the fact that much of it is free. I can sum it up in one word – truth!! The contrast between the news, information and even the entertainment on the Web compared to commercial TV and the movies is pretty stark. One of the most worrisome trends I'm seeing on the internet, however, is those who go overboard in search of the truth to such an extent that they damage their own credibility due to excess speculation about humankind's future. The wild speculation about the timing of World War Three and with regard to End Times Prophecy are the two examples of what I mean by “worrisome trends”. Never mind all the misinformation. Let me set a few things straight.

First, and much to the discredit of organized religion, or “Christianity, Inc”, I often wonder why some of the answers to these questions are not being discussed in churches. All I hear in the majority of them are false doctrines such as the “pre-tribulation rapture” and the bizarre idea that Jesus wants us all to be rich. I can hardly find a church these days that teaches the truth of all these things except on the internet. The ugly truth is far worse than what is currently being 'taught'. No wonder the church is not mentioned in Revelation directly, just the tribulation saints (see Rev. chapter 7, verses 9-14). The rest are being consumed in the great apostasy that will hit a peak once the Antichrist governmental system gets into full swing, and that will be happening in the near future. Have any of you other Christians brought up these subjects in church? I have and it does not go over well, but that doesn't matter to me. Now is the time to speak out and expose false teaching on these subjects. One prime example of what I mean can be found in scripture in Revelation chapter 13, verses 1-5: “And I saw a beast coming out of the sea. He had ten horns and seven heads, with ten crowns on his horns, and on each head a blasphemous name. The beast I saw resembled a leopard, but had feet like those of a bear and a mouth like that of a lion. The dragon gave the beast his power and his throne and great authority. One of the heads of the beast seemed to have had a fatal wound, but the fatal wound had been healed. The whole world was astonished and followed the beast. Men worshiped the dragon because he gave great authority to the beast, and they also worshiped the beast and asked, 'Who is like the beast? Who can make war against him?' The beast was given a mouth to utter proud words and blasphemies and to exercise his authority for forty-two months.”


Don't worry, I'm not going to confuse or confound anyone with any long, drawn out explanations because none is necessary. “The Beast” symbolizes an extremely powerful nation. “The Sea” is a biblical metaphor for the sea of humanity. The “10 horns, 7 heads and 10 crowns” refers to a large international organization, most likely the countries that are the primary or founding members of the United Nations. “The beast I saw resembled a leopard, but had feet like those of a bear and a mouth like that of a lion.” What modern countries use those animals as their national symbols? Germany, Russia and Great Britain, in that order. The “fatal wound that had been healed” is presumably Germany, who lost WW2 but has since been rebuilt and revitalized. “The Dragon” is a synonym for the devil, or Satan. And who is “The Beast”? What does it say? “'Who is like the beast? Who can make war against him?” This is a clear reference to the largest and by far most powerful military force the world has ever known – the United States!

What else could this be? “The beast” in the Book of Revelation is none other than the United States military, the American Empire, the US military-industrial-incarceration complex, or all of the above! I mean, it does not take a seminary or a university graduate to figure this stuff out!!

There is much talk today about war being imminent. Granted, when it comes to the Middle East, war could break out at any time, nobody knows for sure. So you can forget about those who say they know the date of Jesus' return, or that WW3 or a colossal economic crash is going to occur on a certain day. They either don't know what they're talking about, or they have ulterior motives for saying such things (like selling books, for example). Let's not forget what Jesus taught: "No one knows about that day or hour, not even the angels of heaven, or the Son, but only the Father". (Matt. 24:36) But there are several other quotes directly from our Savior that may offer a clue about a certain time frame regarding Christ's return. Jesus also said, "The day of the Lord will come like a thief in the night", and, “The Son of Man will come at an hour when you do not expect Him". Moreover, when Jesus taught the parable of the wedding feast (see Matthew 22, verses 1 to 14), the groom arrived at midnight, and everyone had fallen asleep. When I combine the above quotes, the message is clear. He will arrive in the middle of the night to take his Bride home, and the world will have fallen asleep because it's taking 2,000 years for this scenario to play itself out so that all prophecy can be fulfilled. Problem is – and this is where it gets interesting – if Christ comes in the middle of the night in Jerusalem, when I add up the time zone changes from Israel to the US, He would arrive here during afternoon rush hour. Wouldn't that be something!﻿
Posted by The Progressive Christian Blog at 1:31:00 PM