An Email From God. Seriously.

What If God Sent an Email To Organized Religion?
by Rev. Paul J. Bern 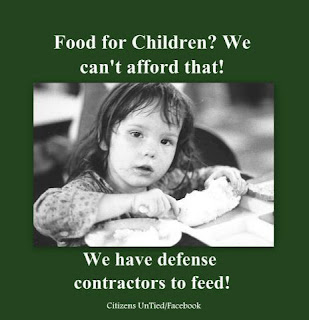 Given the state of affairs of organized religion throughout the world, and particularly here in the US with Johnny-come-lately “Christian” presidential candidates such as Donald Trump and Ted Cruz, I can't help but wonder what God must be thinking about all this. As you likely recall, Mitt Romney stated during his 2012 presidential bid that, if elected president, his first act as chief executive would be to launch an airstrike on Iran. Keep in mind that this is the same guy who is opposed to abortion and who calls himself “pro-life”. He fights for the rights of the unborn, but if you're already alive and living in Iran, you're toast. That doesn't seem quite right to me. On the other hand, if you live in Syria, where the government is slaughtering the governed, you're on your own. Yet in Iraq, where there is plenty of oil, we occupied that country while killing over 100,000 Iraqi civilians, over half of whom were women and children. But that war was supposed to be different because we toppled a terrible dictator. Never mind that that same dictator, none other than Saddam Hussein himself, was a former CIA collaborator and “asset”. So much for loyalty among allies. Yes, that's what our country has been doing in the Middle East since Gulf War 1 back in 1990-91. And it is the American military-industrial-incarceration complex that has been doing this same thing throughout the globe since the end of World War Two.

Meanwhile here at home, one person in five depends on food stamps to eat due to unemployment or inability to earn a living wage. People can't afford to get sick or hurt in an accident because if they do, the medical bills they are about to incur will bankrupt them. Twenty four million Americans can't find a job – but since they can't afford to go back to school and get retrained because of the staggering cost of America's for-profit higher education system, they remain stuck in their situation with no relief in sight. As I wrote in my first book, “The Middle and Working Class Manifesto”, our country has more than enough money to pay for lifetime medical care and higher education for every single American who wants either or both. All they have to do is call off all the wars and bring our troops home. As I explained in that same book, if the US government took all the money that is spent in just one day on the wars/occupations in the Middle East and Afghanistan and put it all into an interest-bearing bank account, there would be ample funding for 4-year college educations for every school kid in America from pre-K through high school, including tuition, books, housing, food and transportation. Yeah, just one day's war expenditures would do that. Besides, there is sufficient legal precedent doing this very thing in the form of the GI Bill that was passed by Congress after the end of World War 2. If they could reeducate us then, they can do it now. All that Congress has to do is make the G.I. Bill available to everyone.

But what do we have instead? Overseas military adventures purely for the sake of economic domination by the US against any country regardless of cost. This is not just unsustainable, it is sheer madness. Our government has been taken over by a bunch of sociopaths. They operate from behind the scenes bent on world conquest at any cost, and they are an integral part of the so-called “new world order”. Unless they are stopped they will take the world over the brink of the abyss of World War 3. Yet these people are, by and large, religious conservatives of one church denomination or another. Their counterparts in the Muslim world are similarly conservative religious fundamentalists. Only their names for God are different. Yet, as far as I am concerned, there is only one true God who is undoubtedly far greater than the sum of all the world's different religious faiths combined. If this very same almighty God, who is “The Great I Am” and who sacrificed his only Son so that we may all have eternal life, sent us an email about all this mess down here on earth, I think it would be worded something like this:

“My children, I appeal to you all to return to what you call the New Testament, the chronicles of the life of my only Son and the instructions he left behind. I offer this directly to the peoples of earth, without intermediary, cleric, or agent of any kind. Circumstances have compelled me to sever all ties, contracts and assignments with my representatives on this planet. You see, I have been completely dissatisfied with their performance of their duties for some time. Children get molested in some churches, adultery runs rampant in others, while still others have turned their churches into businesses and have enriched themselves with material possessions beyond all reason. You pastors and evangelists who drive around in cars with six-figure price tags while flying around in your own jets, you know who you are. There's nothing wrong with having a nice car and a comfortable house, but a good bit of that other money should have been used to feed the poor and house the homeless. But the rape of Iraq, Libya and Afghanistan, crimes committed in my name by the USA, not counting the additional war plans they have made, has forced my hand. The perversion of my will displayed by these despicable acts, and so many others, has left me no choice. I hereby fire my earthly representatives, they no longer speak for me.”


“Humankind, however, remains in my affections and you always will. We need to start again with the New Testament (not to discount or devalue the old) and work towards better days. But it would be remiss of me not to explain why I have taken such drastic measures. To put it bluntly, war displeases me. Five thousand years of war among the humans over the right way to pronounce my name has exhausted my patience. I will no longer be responsible for any murders committed under color of my authority. I much prefer that you who claim to believe in me should put some legs on your faith. It's good when you fast and pray, but it's far better to go and find someone in need and doing whatever you can to help him or her.”


“Someone who goes to church every Sunday but does nothing more during the week is a Christian in name only in my eyes. Someone who donates for a good cause to charity, who volunteers their free time without expectation of compensation or who is a role model for the fatherless, that person will find favor with me. Those who visit the sick, the elderly and the prisoner, and someone who is a defender of the widow, the orphan, the homeless, the mentally ill, and other vulnerable individuals, it is they who are truly following in my Son's footsteps. I created you with a divine Spirit in my image. But you persist in bastardizing that Spirit and ruining my image when those who don't agree with you about whether or not it is permitted to draw my face find themselves bombed back to the stone age! Until you prove you can worship the divine Spirit I put in all of you, and desist from the mayhem and slaughter that you love more than me, I shall summarily reject and disallow all claims to my providence.”


“You have banded yourselves into tribes, nations and races and the results have not been pleasing to my eye. I take some responsibility for this distressing development; I should not have given you an earth so large. But had I started with a smaller Eden, you would have corrupted and polluted it until it became uninhabitable many thousands of years ago. You have proven yourselves incapable of understanding the panoply of laws and wisdom I laid down for you, when I set you upon the earth. I have been mistranslated by your spirit guides and abused by your leaders. Perhaps I was too complex. Let us try to simplify. Respect my creation and all the inhabitants thereof. Any so-called religious leader who tells you otherwise is a false prophet and does not represent me, my brethren or any part of my Kingdom which is soon to come.”


“Those of you who find comfort in organized religion may feel free to continue to do so. I understand – I created you as vessels for love and love rejoices in the presence of others. Keep your churches, mosques and synagogues, but cease your bickering. And remember, when you engage in bloodletting, you commit blasphemy. I realize that in severing my ties with so many of the sects, denominations and "holy men" that you rely upon for moral guidance, I have created confusion where there was once certainty in your souls. But that cannot be helped. Your certainties were almost certainly wrong and most certainly misapplied.”


“But do not despair, my children, for I have not abandoned you. There is a little piece of me inside all of you, a fail-safe guide to good and evil, a moral compass that never leaves you, a true voice you can hear amid the storms of fire that drive you mad with hatred and confusion. It is called your conscience and it always points towards my Son; follow it and you will be walking in my Light, ignore it and you'll be lost in the darkness cast by your own shadow. So here is my 'new' first commandment to you: I have given you a conscience. Use it.”


“Sort that out to my satisfaction and maybe in another decade or so we can talk about the dietary laws.”

Posted by The Progressive Christian Blog at 1:36:00 PM