Now that tax season is over, it's time to fix it. Replace the federal income tax.

Now That Tax Season Is Over, It's Time to End
the Immoral and Illegal Income Tax
by Rev. Paul J. Bern 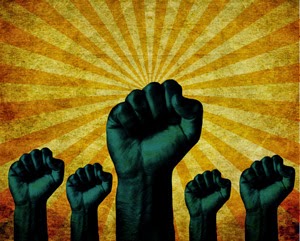 With another federal income tax deadline having passed this past week, it is time for me to bring up the dubious nature of income taxation in America, and why I think it's long past due for some serious change in the way we are taxed. Part of the reason for this is to correct the extreme imbalance of wealth and to speak out against the hoarding of cash and assets by the top 1% of the US population. Under no circumstances do I think this matter should be resolved by force, and I am aware that there are people – both Christian and secular – who think otherwise. There is certainly no way we are going to be able to correct this imbalance of wealth by going door-to-door in wealthy neighborhoods asking for money, although I can see where that could be a form of protest in and of itself. The rich and powerful are most certainly not going to surrender their filthy lucre voluntarily. What we will have to do is to legislate it while still remaining within the boundaries of the Constitution. The best way to accomplish this is by establishing an all-new tax system that is fair and equitable and which does not impose an excessive burden of payment on the backs of the lower 50% of wage earners in America, the ones who can afford it the least.


The origin of the income tax on individuals is generally cited as the passage of the 16th Amendment, passed by Congress on July 2, 1909, and ratified February 3, 1913; however, its history actually goes back even further. During the Civil War Congress passed the Revenue Act of 1861 which included a tax on personal incomes to help pay war expenses. The tax was repealed ten years later. However, in 1894 Congress enacted a flat rate Federal income tax, which was ruled unconstitutional the following year by the U.S. Supreme Court because it was a direct tax not apportioned according to the population of each state. This was in reference to Article 1 and section 8 of the US Constitution, which gives Congress the right to levy taxes, but which also says, “... but all Duties, Imposes and Excises shall be uniform throughout the United States”. The taxes our founding fathers had in mind had to do with imported goods and interstate commerce. It says nothing about an income tax. The 16th amendment, ratified in 1913, made an attempt at removing this objection by allowing the Federal government to tax the income of individuals without regard to the population of each State. The most efficient way America can accomplish this is by a national commerce tax, which is much more in the letter and spirit of the law as it was originally written than the current federal tax code. I realize this is not a new idea. It's the way it's applied that's new.


The first step in this process will be to replace the income tax with a consumption tax and the second step will be to legislate an excess wealth tax, in order to be able to finance the needs of the military and the space program. The federal income tax for individuals, families and businesses will go the way of the Chevy Vega under this proposed new tax system. In its place will be a 9% Consumption Tax on all retail and Internet commerce. Why 9%, you ask? Because the average income tax paid by working Americans comes to about 18% of their gross income, so let's cut it in half! Governments, nonprofits, groceries, utility bills and fuel should be the 5 main exceptions, that is, these should in my view remain untaxed. Repeal of the income tax will by extension include the abolition of the federal withholding tax that is currently deducted from our paychecks. From now on all this extra money will flow back into the pockets of the American workers and business people where it belongs. Add that to the fifteen dollar per hour minimum wage ('low pay is not OK'), we find out that the net take-home pay for the overwhelming majority of American workers will be raised by at least one-fourth overnight! This is just one more reason for everybody reading this to stop and put it down and go participate in a public demonstration or protest of your choice, and start protesting for these fundamental human rights today! You can finish reading this when you get back home. That's how urgent this has become! If you can't find an ongoing protest anywhere, start one.


The federal income taxes for business and corporations will also be going away under this proposal. It's common knowledge by now that many of these companies have moved their manufacturing overseas due to lower wages and taxes in the third world. But what if the business income tax were suddenly repealed in this country? What if Obamacare succeeds to the point of taking the burden of employee health insurance off the backs of businesses, something Obamacare has already begun to do whether one is in favor of it or not? When you combine these two factors then you have a great recipe for job creation. That is how we can bring back many of the jobs that were lost to outsourcing. And so I propose that a luxury tax that I will call the Excess Wealth Tax be put up for a popular vote. (How do we get it on the ballot? By making as much noise about it as we can until we get what we want!) The Excess Wealth Tax for individuals and families is that all earned income up to $1 million is tax free. Period, end of story. For individuals and households with a net income in excess of $1 million, they will be taxed at a 50% rate. So, let's say a single taxpayer, or a family of four, has $101 million in income in any given year. Since the first $1 million is tax free, all that would be owed would be 50% of the remaining $100 million. So your hypothetical tax bill for that year would be $50 million. Uncle Sam keeps half, and we keep half. Besides, anybody who can't live on an annual income of $51 million is spending way too much money on all the wrong stuff.


For businesses and corporations all earned income and net assets up to $300 million is tax free. There is a 33 and 1/3% tax levied on anything over that amount. So if we have a company or multinational corporation with gross sales of $1.5 billion in any given year, then that company would only pay tax on everything in excess of $300 million. So 33.3% of the remaining $1.2 billion would be $400 billion, and that would be their Excess Wealth Tax for that year. Uncle Sam gets a third, the enterprise keeps the rest. It's so simple you won't need an accountant any more (sorry, all you CPA's). It will also mean that the capital gains, estate, the alternative minimum and self-employment taxes would all be going away for good. But so would itemized deductions. That should make business owners, entrepreneurs, and investors very enthusiastic about supporting this proposal.


Money from these tax payments would be used for public education, to fund higher learning for adults changing careers as well as for high school graduates going on to college (which would end student loans except for private colleges and universities), for military funding, and for funding for an ambitious and pioneering space program. What about the federal income tax? It needs to go the way of the dinosaurs! Taxation of our incomes is tantamount to limitation of our incomes! I could write that we should all organize a tax protest next winter, but unfortunately refusing to pay taxes as a form of protest has been criminalized, so I can't condone that. Organizing on social media would be one way to reach out to a lot of people. But I thought I would get the conversation started by posting this. I first proposed this four years ago in my book, “The Middle and Working Class Manifesto”, and no one paid any attention. But with the waves of protest about police violence and unrealistically low wages ($7.25 an hour? What??), I ask you this question: How do we peacefully replace our entire tax code? By peaceful mass protests and demonstrations? Trying to coax Congress into passing this into law would be an exercise in futility, we need a better way than that. But if the system is dysfunctional – as the US tax code currently is – it must be replaced from the outside in, not the other way around as is our tradition. Tradition doesn't work anymore. Time for us to get outside the box.

Posted by The Progressive Christian Blog at 11:59:00 AM