Malala and the Nobel Prize: Setting the standard for the world 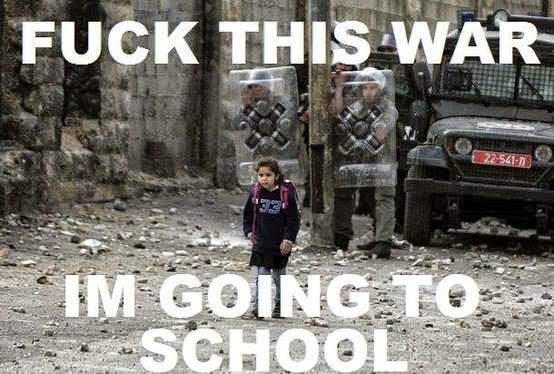 As I scrolled through the morning news on my computer Friday, it gave me pause when I saw who had won the Nobel Prize for Peace. The Web news said it all:

(provided courtesy of CNN) “You have to love Malala. The 17-year-old Pakistani advocate for girls' education who, on Friday, became the youngest winner of the Nobel Peace Prize told "The Daily Show's" Jon Stewart last year what she would do if she were confronted again by a member of the Taliban. 'I'll tell him how important education is and that I even want education for your children as well,' she said. 'I'll tell him, 'That's what I want to tell you; now do what you want.' ' This from a girl who was shot in the head by the Taliban. For exercising her right to go to school. Malala Yousafzai was only 14 years old at the time -- and just 11 when she started blogging anonymously for the BBC about the struggles of life in Pakistan's Swat Valley. Stewart's response was priceless as well: 'I know your father is backstage and he's very proud of you, but would he be mad if I adopted you?' It's not just him. The world has adopted Malala.”


We don't just love Malala. She has captured our hearts and minds. A teenage girl who has the internal fortitude to say what we adults can't – or won't – “Why not just stop all the fighting? Why not just end all the killing?” The solution is so simple, and it's been right in front of our faces all this time, but humankind has yet to successfully implement it. If a teenage girl from Pakistan can understand this without our assistance, having apparently weighed the significance of world peace and everything that it implies, then why can't the rest of us? Of, sure, we maintain peace throughout the world by way of various treaties and demilitarized zones, but things would come unglued across the world if all that framework were to be destroyed somehow. Upon further contemplation, it occurs to me that there is ample Bible scripture to back up the achievements and winning spirit of Malala and others like her. (For example, the accolades of King David: “From the lips of children and infants you have ordained praise”. Psalm 8, v2). By her words and deeds, Malala merits our praises as we praise God for her and what she is doing with her life. By the same token, she and others like her praise God by the way they live their lives, and by the example they set for others to follow. In another way, winning the Nobel peace prize puts many of the grown-ups of the world to shame. Malala wins the Nobel Prize while many of the rest of us are still shooting at each other. This is mostly occurring in large American cities like Chicago, Houston, Detroit and Atlanta, but this phenomenon has begun to work its way into rural communities in much the same way. Malala has put us all to shame by her example. Looks like we Americans have some catching up to do. Like how to live in peace with our neighbors, for instance.


“I praise you, Father, Lord of heaven, because you have hidden these things from the wise and learned, and revealed them to little children. Yes, Father, for this was your good pleasure.” (Matt 11, 25-26). How this eludes us! How do we get along with each other? By following Malala's example, which is actually the example of Christ, since Malala was shot in the head and yet was brought back to life (“better love has no man, than to lay down his life for his friends”) which may very well involve the shedding away of our human pride, our egos and ambitions so we can all help to make the world a much better place without worrying about who gets the credit for the success. The Bible says it perfectly in Matthew's gospel: “He called a little child and had him stand among them. And he said, 'I tell you the truth, unless you change and become like little children, you will never enter kingdom of heaven. Therefore, whoever humbles themselves like this little child is the greatest in the kingdom of heaven. And whoever welcomes a little child like this in my name welcomes me.” (Matt. 18: 2-5) Malala never sought attention or tried to be in the spotlight, and in so doing made her message that much more authentic. She was not expecting to get the prize, and when she was first told she had received it, she reportedly thanked those who brought her the news and then returned to her classes. Now that's what I call a good example of staying focused, and knowing what is the most important! It's all about priorities, people! This 17 year old young lady has a lot to teach us all, myself included.


Let the children of all ages, from infants on up to 50-something kids like myself, come to Jesus unhindered and withholding no reservations about it. “... Let the little children come unto me, and do not hinder them, for the kingdom of God belongs to such as these. I tell you the truth, anyone who will not receive the kingdom of God like a little child will never enter it”. Mark 10: 14-15 If anyone calls themselves a Christian, and yet cannot approach God with the wide-eyed wonderment of a little child, they will never make it into heaven. This is a hard saying, it was even difficult to write, but it is the truth. And, for me to continue to call myself a Christian, and an ambassador for Christ, and a soldier in God's army without making it a point to stand up for real truth and a genuine form of justice, that would make me a hypocrite. And I refuse to even consider becoming that. No way.


Education and equality are basic human rights. I would define education as being the complete and unhindered access to knowledge for the purpose of self-improvement, of wishing to become someone more than we currently are, or to progress or advance professionally. Equality is not only a basic human right, it is also Scriptural, as it is written by the apostle Paul: “Our desire is not that others might be relieved while you are hard pressed, but that there might be equality. At the present time your plenty will supply what they need, so that in turn your plenty will supply what they need. Then there will be equality, as it is written: 'He who gathered much did not have too much, and he that gathered little did not have too little'.” (2nd Corinthians 8, verses 13-15) In the same way education should be free, not reserved exclusively for those whose parents can afford the tuition, or for those unfortunate students who “qualify” for a series of usurious student loans to pay for their education, only to be strapped with debt for much of the rest of their lives. The same thing goes for health care. Just put everyone in the country from the highest echelons of government and the military all the way down to some poor disabled man or woman in a wheelchair on Medicare, then eliminate everything else.


Malala is a true pioneer. She has won the Nobel Prize for Peace at a time when American girls her age are looking forward to their senior proms and the end of high school. If this young lady is what the future of our youth looks like, the future will be very promising indeed.
Posted by The Progressive Christian Blog at 11:55:00 AM